When you are injured, you need someone willing to Fight For You!

Mike obtained his Juris Doctor degree in 1984 and also holds an advanced law degree (LLM) from Loyola University Chicago School of Law in the specialties of trial and Appellate Advocacy. He is the author of the Illinois Bar Association book on Jury selection in civil cases.

Mike joined The Law Office of Albert S. Salvi in 1984. His general practice included personal injury litigation, traffic, real estate transactions, insurance law, landlord-tenant litigation, election law, construction litigation and criminal defense, including the defense of clients charged with felonies such as white collar crimes and murder. Mike has an unusually wide breadth of experience litigating criminal and civil cases at the trial court and appellate levels in many venues throughout the United States.

Currently, Mike continues litigation practice, with an emphasis on personal injury and commercial litigation. He has tried hundreds of cases, including trials and hearings in the Circuit Court of Los Angeles, California, the Federal District Courts in Boston, Massachusetts and Chicago, Illinois, and the Illinois State Circuit Courts in Lake, Cook, McHenry, DuPage and Kane Counties. A few recent professional accomplishments include $1,000,000 award in the case or Rappe vs. Porter in Lake County; $1,012,000 settlement for injuries sustained in an automobile accident in Cook County case Gardner vs. Watson; $1,200,000 fraud award won for his client in the case of Blatt vs. Demas; $585,000 jury verdict in the Federal District Court in the case of Johns vs. Town & Country Jewelry Corp.; $835,000 wrongful death settlement in the case of Lovitz vs. DeGuide; $425,000 personal injury settlement for a child who suffered burns on the back of her thigh at a day care facility; and the successful defense of a Federal Election Commission suit. In that high profile case, the Federal Election Commission (FEC) sought $1,000,000 in fines. Mike's "res adjudicata" defense resulted in the dismissal of the government's case. The case was discussed recently by Megan Kelly on Fox News. On appeal, in a decision cited in the Illinois Bar Journal, the FEC's claim was again rejected in favor of Mike's novel and aggressive defense. Federal Election Commission vs. Munsel, Federal District Court, Northern District of Illinois. Mike has presented lectures to attorneys, students and law enforcement officers on subjects such as civil rules of discovery and evidence, rules of procedure in arbitration cases, criminal procedure and constitutional law.

Mike Salvi resides in Hawthorn Woods, Illinois with his wife, Debbie, and their three children. 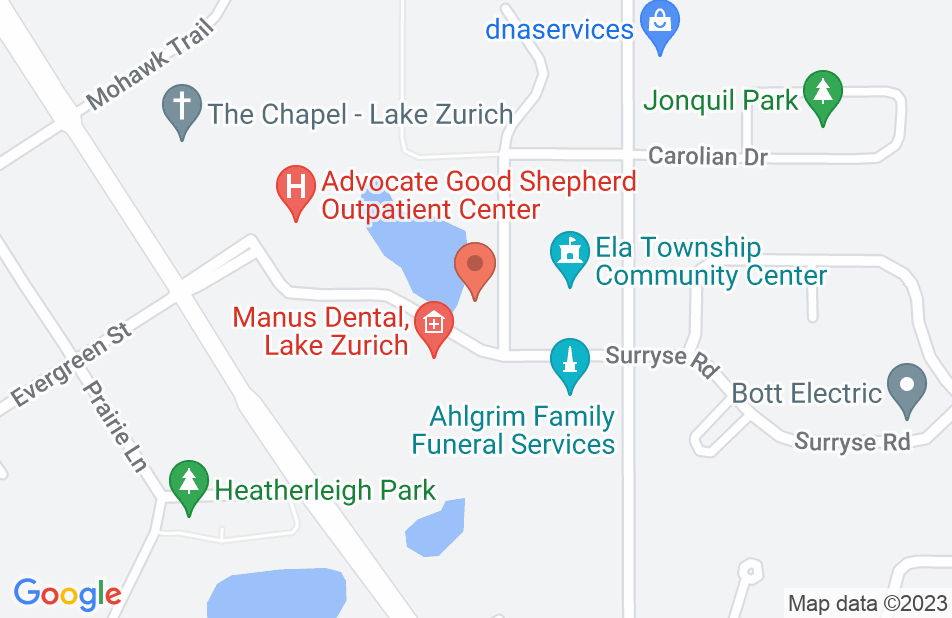 I broke my wrist and ankle in a car accident. I had one lawyer tell me the case was worth $250, 000. Mike got me $1 million.
This review is from a person who hired this attorney.
Hired attorney

Mike Salvi is an excellent attorney and an even better man. I received a settlement of $100,000 MORE than I (or any other attorney I talked to) expected. He is highly knowledgable in the legal field and is tough as nails while fighting for his clients. More importantly, I was treated with the utmost respect and professionalism as he communicated to me as a person and not merely a client.

Michael Savli is a highly respected and highly talented attorney. He's tough, yet honest and personable, and is well thought of throughout the legal community by both attorneys and judges alike.

I endorse this lawyer. Outstanding!

I have worked with Attorney Michael Salvi on a case and known him a very long time. He is great to work with and I know he is extremely committed to his craft and to his clients. He is an excellent attorney