Before choosing a lawyer, I believe it is appropriate for prospective clients to know a little bit more about the counsel they select.  I am very proud of my reputation in the legal community, as evidenced by the professional awards and recognitions I have received over my 42 years in practice.  But there is more about me, of which I am also very proud.

My inspiration to become a lawyer began when I was a little boy, and it arose from my relationships with both of my grandfathers.  Neither of them had the opportunity for educations beyond eighth grade, yet I learned much from them in the way they respected scholastic achievement, their integrity, and the way they treated other people.  Grandpa Blomquist was a night watchman/custodian at the University of Michigan’s Law School.  I spent my summers in Ann Arbor with my grandparents, and often joined him in his nighttime duties around the Law School complex.  One night, he took me to the Law Library, and there I saw a sea of green lights at the tables in the library, which were filled with young people reading.  It was after midnight, and I asked my grandfather what they were doing up so late.  He indicated that they were studying for their Exams that were about to begin.  The study habits and perseverance of these soon-to-be lawyers impressed me very much.  I learned later that the library was open through the entire night, and closed only for an hour at 8:00 a.m., when the exams began.  Later, I, too, learned the value of time management and the pressure of law school exams, which often took me deep into the early morning hours as well.

My other grandfather, Grandpa Nemcek was an immigrant from Slovakia.  During the depression he lost his first home, but through hard work delivering milk and coal to feed his wife and five kids, earned enough money for a new one.

In the early 1950’s that home became a part of the right-of-way for the construction of a new expressway system in Chicago.  His house sat virtually at the intersection where the Edens meets the Kennedy today.  He fought his own case for fair compensation because he couldn’t afford a lawyer.  I went with the family to watch him argue for relief before a Judge, and against trained lawyers.  I watched how the system worked, and the deference the Judge gave to him, as my grandfather did the best he could with his limited education and his accent.  He did win a greater award.  So, the family’s experience taught me much about the effect of legal proceedings upon ordinary people.

I grew up in Mount Prospect and attended Prospect High School.  There, I participated in many activities, including sports, and am honored to be the inaugural member of the Prospect High School Hall of Fame.  This award has nothing to do with my achievements as an athlete, but is devoted solely to the things I accomplished beyond the four corners of the basketball court.  From there, I attended Western Illinois University, again achieving success through hard work, which I owe to my two grandfathers who continued to inspire me.  Law School was next on my agenda, but finances pressed upon me.  So I taught in the Mount Prospect school system as a teacher at Lincoln Junior High School for four years.  Those experiences and memories carry with me in everything I do.  I attended night school at Chicago-Kent College of Law, receiving my degree in 3 ½ years, and thereupon embarked upon the first part of my legal career as an Assistant State’s Attorney in the Criminal Division of the State’s Attorney’s Office of Cook County.

From that great experience learning how to try cases against excellent lawyers, I opened a private practice and have been serving since 1978 as the Prosecutor and one of the Village Attorneys for Arlington Heights.  I remain very proud of that reputation, to which I again attribute to the early learning process from those who supported me in my dream to become a lawyer.  In all of my experiences as a trial attorney in criminal courts, I have defended cases ranging from simple traffic matters, to DUI’s, to murder and other crimes.  I have been a part of appeals in the U.S. Supreme Court and the Illinois Supreme and Appellate Courts.

Each case I have defended reminds me of the great anxiety my own family experienced when they faced off against the government in court.

I never forget that all legal cases are really people involvements, in which lawyers are called upon to address events and circumstances which press very hard upon accused people.  I am well aware that I never get to meet people at a good time in their lives.  They are struggling within their fear, something new and something inconvenient, fighting their cases in a place where they are not comfortable.  The thing that drives me the most, and the hardest, is that I each day take on the privilege of representing those in need of my skills as an advocate. 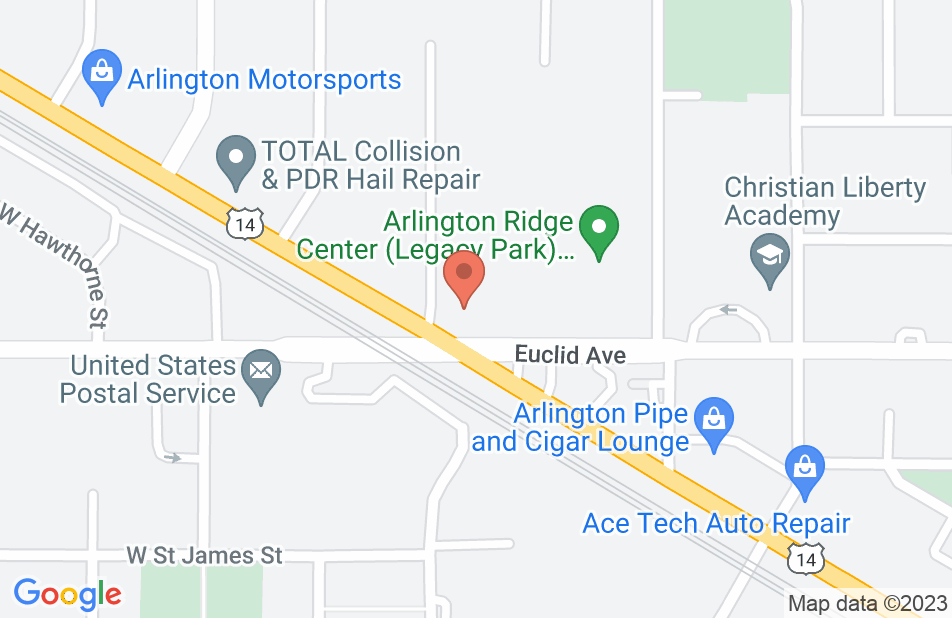 The best way to win

Very professional, confident and straight forward with you. The best attorney I ever had!
This review is from a person who hired this attorney.
Hired attorney

He helped me out more than I could imagine. I had to pay a lot of money but got off doing everything from community service, drug tests, classes, nothing. No probation. Just a suspended license. For a second dui. I had to talk to mothers against drunk drivers and the judge for a while, but that was my decision. I paid about 5,000 total. But that's good for a second DUI. He is great, fair, and makes sure everything is ok

I would highly recommend this lawyer . He has helped me in such a great way that I would recommend him to anyone needing help. He is more than compassionate and understanding that some people do make mistakes. He has given me the opportunity to change my life and escape jail time on felony charges. He is the type of person that you will always remember and send a Christmas card to if that makes sense. A family friend if you will.

"Nobody does it better. Makes me feel sad for the rest". Nobody does it half as good as Ernie, you are the best! Ernest Bloomquist has set the bar high and has been a great mentor. Thank you Ernie!

I endorse this lawyer. Mr. Blomquist has been a luminary in the field of DUI defense for so many years his reputation speaks for himself. There is not an attorney I know of who will do a better job defending a DUI case.

I have had the pleasure of knowing Ernie for more than 30 years. Simply, Ernie is one of the best and most respected DUI attorneys in Cook County. I have the utmost respect for Mr. Blomquist and I highly recommend him as an attorney on any criminal matter. I endorse this lawyer.

Moe Ahmad, DUI and DWI Attorney on Feb 6, 2015
Relationship: Worked together on matter

Ernie is a gentleman and a scholar. I originally met Mr. Blomquist when I was an assistant states attorney many years ago. I immediately recognized him as the defense attorney that commands the respect of the judges, prosecutors, police officers and court staff. As we went head to head at trial, I soon realized why he had (has) such an excellent reputation. Now that I am in private practice, we have the privilege of working together defending cases. His legal skills are second to none. I wholeheartedly endorse and recommend Mr. Blomquist. He has a brilliant legal mind and is one of the best attorneys in the community! You will be in excellent hands with him.

I have had the pleasure of knowing Ernie for the past 20 years that I have practiced and he has nothing but the highest regard in the legal community. He has been a mentor and a teacher to many younger attorneys and has helped to make the legal profession much better as a result of his efforts. He is respected and revered by his peers for his knowledge of DUI and criminal law. His caring for his clients is unparalleled. I highly recommend him.