Since his admission to the Bar, Eric has practiced exclusively in the area of criminal defense establishing a solid reputation as a highly skilled attorney. Eric’s experience includes successfully representing clients charged with all levels of crimes through negotiation, jury trial and at the Court of Appeals. Eric’sexperience includes homicide, sex offenses, drug offenses, assaults and hundreds of DWI and alcohol-related traffic offenses. Eric has also represented individuals faced with civil commitment as a sexually psychopathic personality/sexually dangerous person. 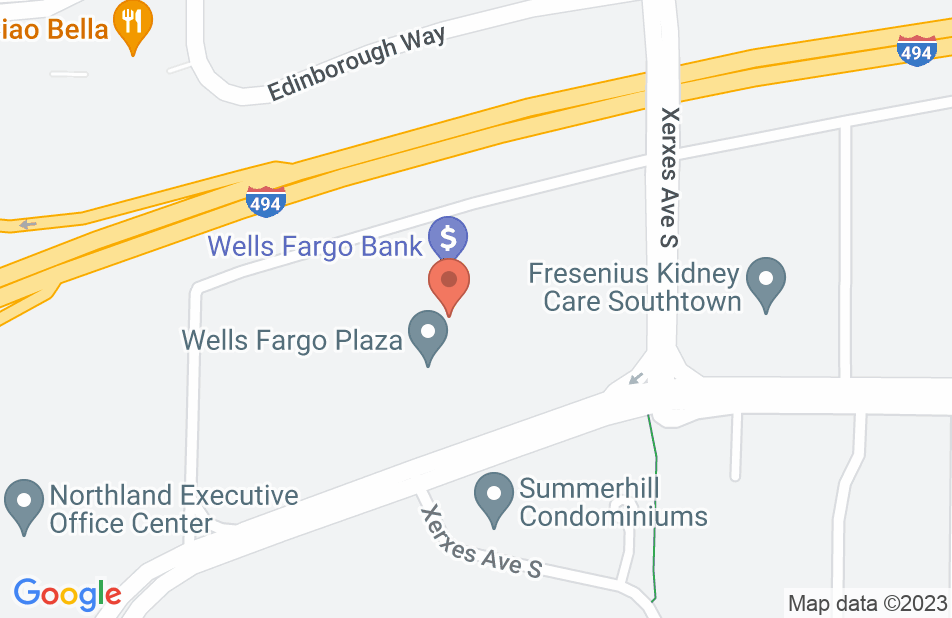 I never thought I would need to hire a criminal attorney. I had never been in trouble in my life until I was charged with a DUI. Eric Nelson, a partner at Halberg Criminal Defense represented me. He explained the legal process, my options and offered his opinion when requested. Eric is respected in the courtroom as a quick legal mind who never misses a detail. He was organized, on-point and dedicated to my defense every step of the way. With Eric’s help, the charges were reduced to a misdemeanor, my driver’s license was reinstated without restrictions and I was able to remove the interlock device from my vehicle. I remain eternally grateful for the stellar representation I received. Post-trial, Eric contacted me to make sure that all items related to my legal issues were fully resolved. It was clear that Eric genuinely cared about me as a person. He worked diligently to make sure that I received the best possible outcome for my legal issue. I highly recommend Eric Nelson!
This review is from a person who hired this attorney.
Hired attorney

We hired Eric to defend our son in a high profile case. He was amazing. He was extremely knowledgeable, professional, available and understanding. He was fabulous in the court room and managing circumstances outside of the courtroom. He truly helped our entire family through a very difficult time, as a lawyer and a friend. I would highly recommend Eric to anyone.
This review is from a person who hired this attorney.
Hired attorney

My family and I have retained Eric many times over the last 10 years. I've been exposed to many lawyers in my career, but Eric has always stood out as the best. Think well trained pit-bull crossed with Einstein. He's tenacious, smart and tireless. He always keeps you informed, involves you in strategic choices and never sways from his zealous advocacy of you - seemingly the most important person in his life. He knows when to go to trial, when to settle, and when to plea bargain. One of the smartest people I've ever met. He has my highest and most enthusiastic recommendation. You'll never regret retaining him.
This review is from a person who hired this attorney.
Hired attorney

Always have the best in your corner!

No one ever wants to be in court. Well reality is that it can happen to you. I have been fortunate enough to have had Eric represent me. He saved me from facing some charges that I can say that I am ashamed of. If you want someone to look out for your best interest then get Eric in your corner.
This review is from a person who hired this attorney.
Hired attorney

Eric was very thorough , always available to communicate. Worked with us through the entire process. We knew he was fighting for us! He let those accusing us know we were NOT backing down! His demeanor was very reassuring. He is very focused on the issue when our emotions were very high and when the media was really trying hard to interfere. We were innocent and he believed that! We won the case, thank you Eric!
This review is from a person who hired this attorney.
Hired attorney

Eric did an outstanding job handling my case. He took a personal interest in my case and my life, and I am better off for it. I couldn't of asked for a better lawyer, or a better outcome. Thank you Eric.
This review is from a person who hired this attorney.
Hired attorney

I hired Eric after my arrest on controlled substance theft. I had gotten addicted to painkillers and then obtained some illegally. Eric was very professional, always available to my wife and to me when we had questions. He got me the best outcome I could have expected. He is a great lawyer. In addition, he is a great person. As you might expect, this was a really terrible time for me and for my family. He helped me to get help for my addiction and was very comforting and reassuring to my family during the months of the arrest and trial. My wife and I felt that we were in good hands the whole time. I hope your life never takes the turn mine did, but if it does, I highly recommend Eric as a great lawyer and a great person to have by your side.
This review is from a person who hired this attorney.
Hired attorney

On a first minor offense case where the result was a Stay of Adjudication, one year later and after no reoffense occurred, I inquired , unknowingly, about having my record expunged. Eric Nelson charged me $1,000.00 for this service. I later found out from 2 other attorneys that there was no need for an expungement on First offense Stay of Adjudication when during the year I had not reoffended as this is included in the stay that if no reoffense there is no record to expunge! He took $1,000.00 from me dishonestly. Additionally, once he received my retainer, he was extremely difficult to contact and did not return calls...was condescending and acted like I was a bother. The worst communication I had ever had with an attorney. I would definitely not recommend Eric Nelson.

I have known Eric Nelson his entire legal career and have witnessed him blossom into what is absolutely one of the top-tier courtroom litigators in the State of Minnesota. He has excellent advocacy and trial skills and is very bright. Eric Nelson is also a great husband, father and son --- he has all the qualities that any accused person could want in their lawyer.

Eric cares a lot about his clients. He is one of the hardest-working lawyers in the community and prepares diligently for each and every case. He is an excellent trial attorney and negotiator.

I absolutely endorse this lawyer. In person I witnessed one of the best closing arguments I have ever seen in a high profile murder case. He achieved Not Guilty verdicts on all counts. It was incredible. Numerous other examples but that one comes to mind first. Excellent attorney!

Eric is easily one of the top criminal defense lawyers in Minnesota. He is tenacious and an incredible advocate. Would highly recommend to anyone in need of criminal defense.

I've worked in the same firm with Eric and seen him in action. He cares about his clients with a passion you don't see often in defense attorneys. Eric is also well liked by his peers, by opposing attorneys, and by judges. His integrity shines through and it carries over to his clients. A great family man and a great friend. I highly recommend Eric Nelson.