Matthew T. Martin founded Martin Law Offices to focus on defending individuals charged with crimes in Minnesota. Mr. Martin is licensed to practice law in Minnesota State Court. He received his J.D. from William Mitchell College of Law and his B.A. from the University of Saint Thomas. He is a member of the Minnesota, Hennepin County and Ramsey County bar associations as well as the National and Minnesota Association of Criminal Defense Lawyers.

Defending Clients In These Areas: 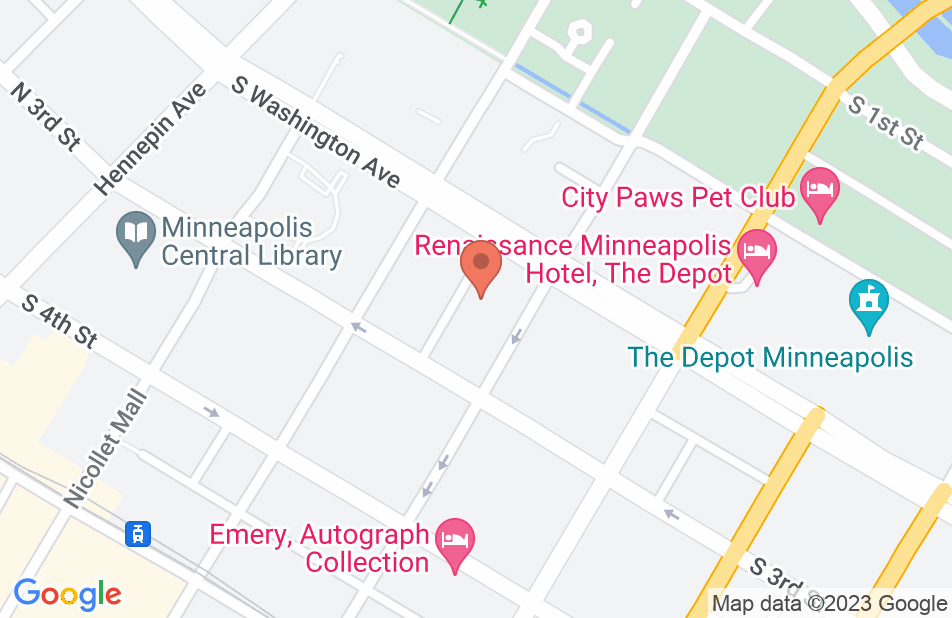 He is very honest and knowledgeable not like the others that i contacted that day. He took the time to walk me through my case (a very minor traffic incident) and explained me why it is not worth to retain any lawyer for that matter. He saved me $700 that other lawyers wanted charge me knowing that he is not getting anything for his time that spent with me.
This review is from a potential client who consulted with this attorney.
Consulted attorney

I found Matthew through a Google search that led me to a referral site. Not knowing a darn thing about finding lawyers I put in my information and Matthew was the first one to respond; my request was answered in about 20 minutes. From the very first phone call and until my issues were completely resolved he has maintained an excellent level of professionalism, fast responses, and an understanding of my specific needs. Even after resolution he has kept himself very available to answer any question that I've had. My case was resolved as best as possibly could be expected, and even before we knew the answers I was left feeling safer and in more control. Matthew kept me educated as to what was going on and why, and provided a great action plan for me to follow to best resolve the case. I would definitely recommend his services again - and did. I referred him to a family member whose case was also resolved excellently despite the different nature of the issue. I feel I got incredibly lucky to find Matthew, but luck was only part of it. He was on point from the very first moment.
This review is from a person who hired this attorney.
Hired attorney

I do not and will never regret my decision of having Mathew Thomas Martin represent me as my Attorney concerning a criminal case charged against me for what I beleive was a false accusation. According to the District Court, my offence level was Misdemeanor, and the Charge was Disorderly Conduct-Offensive/Abusive/Noisy/Obscene tending reasonably to arouse alarm, anger or resentment in others. Charged for the maltreatment of a vulnerable adult for what I believe is completely not true. The report I received from the Police, coupled with the pictures, and complainant witness story did not truely tally with what I believe happened. I wondered how I could come out of the unfaithful charge knowing I had no way to prove them wrong. I contacted my Attorney Matthew Martin and explained the inccident in great detail. He believed me, I trusted him, and we moved forward. He allayed my fears and gave me confidence stating that his investigations and follow-up of my case will be thorough and without baise. However, he prepared my heart saying that the case was a serious and daisy one, but not to be too worried but be cheerful. He worked very hard and tirelessly, making phone calls, collecting materials such as photos from police, 911 call, and creditable statements from various sources. His investigation was thorough and we went to court four times. He argued my case with professional skills and expertise that brought about a successful end result. I am a happy man today, and very grateful that he was used by God to bring me out of a problem that would have otherwise brought me unimaginable hardship, sorrows and unecessary sufferings.

Matt Martin was fair and honest.

Mr. Martin was an excellant Lawyer handling our case. He provided incite into the whole legal process every step of the way. Matt Martin was very effecient. I believe he gave us an honest and fair value for the amount he charged. I would recommend him highly.

My family was in need of a lawyer and I am so happy I found Matt. He responded to my original request very quickly and because of his fast actions our case went a lot quicker than normal. He is very pleasant to work with, he responds to your inquiries in a timely fashion, made me feel 100% confertable with his service and was very realistic throughout the process. The best thing about it all is that he is HUMAN and understands the human element and treats you with respect. I would recommend Matt 100% and hopefully I won't need him again but if I did he would be the first call I make.

I was very worried and after speaking with Martin my mind was at ease. He answered my questions honestly and effectively and my initial consultation was quick and well worth my time. After going to court on two different dates, my case was dismissed! I could not beleive it and was so glad that I hired a lawyer. I would recommend anyone call Matthew Martin if they have questions or need a great criminal defense lawyer in Minnesota.

I endorse this lawyer. He knows when to bring the right forensic experts in to fight a case

I endorse this lawyer. It is so great to see a young lawyer like Matt. He really is a bright, resourceful guy. I hope to try a case with Matt soon. He is a star.

I endorse this lawyer. Matthew Martin is a skilled litigator who represents his clients with a dedicated drive for justice. I would highly recommend Mr. Martin for anyone in need of DWI or Criminal Defense representation.

I would recommend Matt to others who needed representation. I volunteer with Matt in Washington County and have personally witnessed how much he cares for his clients and how hard he works to get a desired result.

I endorse this lawyer. It is so great to see a young lawyer like Matt. He really is a bright, resourceful guy. I hope to try a case with Matt soon. He is a star.

I endorse this lawyer. He knows when to bring the right forensic experts in to fight a case

Matt is an excellent, professional, intelligent attorney who is an aggressive advocate. I respect him and his practice and would recommend him to anyone seeking criminal representation.

Mr. Martin is a highly dedicated and experienced advocate for his clients. I will continue to refer people to Mr. Martin as he has proven to provide a consistantly high level of respresenation.

As I have known Mr. Martin for a very long time, I can say with confidence that he is an extremely dedicated individual. He never fails to thoroughly examine every issue. He will spend countless hours in research and conference to get his clients the best possible outcome based on the specific facts and circumstances of their case.

I am very impressed with Attorney Martin's professionalism, especially in my observations of his interactions with clients. He takes the time to really listen to the client and address his or her concerns. His dedication to personal service is unwavering. In addition, Mr. Martin is extremely knowledgeable in his field. If I run into a roadblock on a particular issue, I know I can count on him to bounce ideas off of or to find creative suggestions as to how to proceed.

Mr. Martin routinely goes the extra mile to ensure his clients receive competent and zealous representation. Matthew is a fine lawyer and a true asset to the Minnesota.