Mr. D. Patrick McCullough is the Senior Partner at McCullough & Associates, P.A.  He has attained Martindale-Hubbell’s highest rating of A/V (very high to preeminent) ranking attorneys based on experience, ability and ethics.  Pat is a member of the American College of Family Trial Lawyers, and has been named a Minnesota Super Lawyer by Minneapolis-St. Paul Magazine, Minnesota Business Monthly, and Minnesota Law and Politics, every year since the honor began.  The same magazines have listed him as one of the top 100 lawyers in Minnesota and as one of the top 40 family law lawyers in Minnesota.  Since the inception of the Minnesota Supreme Court’s Continuing Legal Education Program, Pat has helped formulate the program and to teach district court judges, referees, and magistrates.  He is a frequent lecturer to other attorneys and is a contributing author to numerous legal publications.  Pat is a Certified Civil Trial Specialist for Minnesota and on a National Level.  Fewer than 3% of Minnesota lawyers attain this credential, and on the national level the percentage of lawyers with this honor is even smaller. 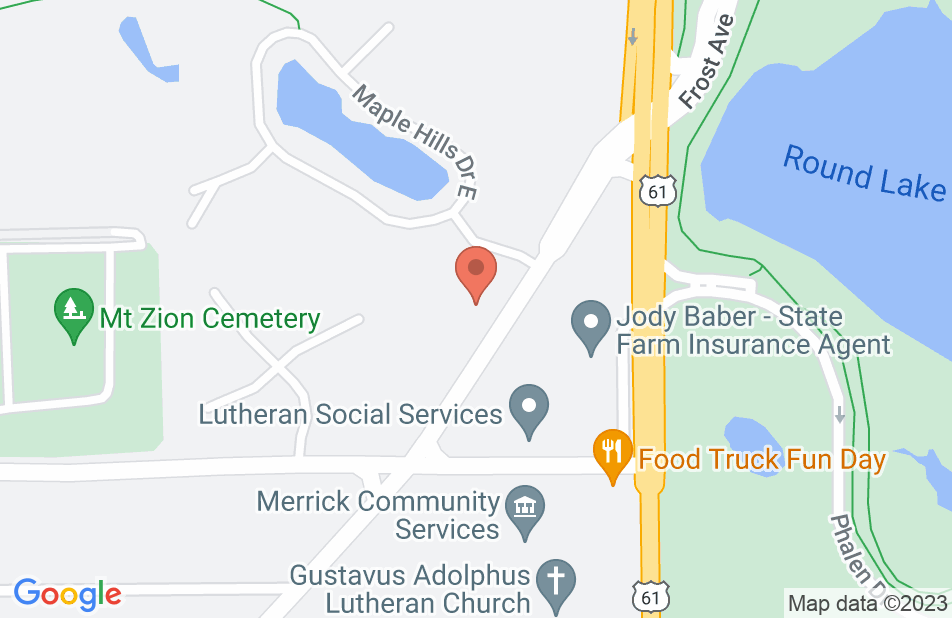 A friend referred me to Pat’s office after I was in a car accident. Absolutely the best choice I made hiring Pat! From the moment my wife and I walked into the office we felt at ease that we wouldn’t have to deal with the stress of trying to settle with an insurance company. Pat and his team answered all of our questions and told us from day one what to expect. Very very happy with the outcome.
This review is from a person who hired this attorney.
Hired attorney

Pat helped me and worked through my situation,after working with him and spending time with him I consider Pat my friend.With that being said I would and have refered many people in need to him.Thank you Pat
This review is from a person who hired this attorney.
Hired attorney

Pat & Jeannie made a difficult situation for me tolerable. They were down to earth, approachable and always ready and willing to help me understand or answer my questions. They were fair as well.
This review is from a person who hired this attorney.
Hired attorney

PAT, JEANNIE AND THE REST OF STAFF ARE THE BEST AT WHAT THEY DO!! IN THE SITUATION GIVEN TO YOU, THEY ARE REASSURING, HONEST AND LET YOU KNOW YOUR BEST INTERESTS ARE IN MIND. PAT IS A DOWN-TO-EARTH STRAIGHT FORWARD MAN WHO WELCOMES YOU AS A PART OF HIS PRACTICE; YOU BECOME A PART OF THEIR FAMILY AND NOT JUST A CLIENT. I WOULD NEVER WISH THE LEGAL PROCESS ON ANYONE BUT IF IT HAPPENS TO YOU, PAT AND HIS STAFF ARE THE PROFESSIONALS TO HAVE ON YOUR SIDE!! I WAS BLESSED WITH THEIR GUIDANCE AND LEADERSHIP ALONG WITH THEIR FRIENDSHIP. GREAT EXPERIENCE, GREAT PEOPLE, GREAT OUTCOME...
This review is from a person who hired this attorney.
Hired attorney

Pat and his team helped me navigate through my divorce process seamlessly. I am so grateful to have hired a lawyer that was excellent at what he does, but also had a lot of compassion for my situation. Since my case was finished, I have been happy to refer several of my friends to him as well. Couldn't be happier!
This review is from a person who hired this attorney.
Hired attorney

Fantastic lawyer during a tough time

Pat and his office were fantastic both on a legal and personal level while handling my divorce. On the legal side, Pat explained everything clearly and in a collaborative fashion that helped me make wise decisions. His communication with my ex's counsel clearly showed many years of experience in this area and was very reassuring. In particular, he knew when to take a hard stance and when to negotiate, and was great at both. Also, he did a very thorough job on our additions to the Judgment and Decree and it was clear that much of it was very thought-out and specific to my case, and not just boilerplate. Personally, he was very empathic and always made sure to check in how I was doing as a person, as well as a client. Although my case involved minimal assets and was relatively "simple" by divorce standards, Pat was attentive to how emotionally difficult the process was and never treated it as a "simple" divorce. I would recommend Pat without reservations, and cannot speak highly enough of him and his team.
This review is from a person who hired this attorney.
Hired attorney

I have had Pat represent me on two occasions, he is an excellent attorney who works hard for you, and is very honest. I have referred several people i know ti him abd everyone has been happy with him.
This review is from a person who hired this attorney.
Hired attorney

What a terrible experience!

Working with Pat was a terrible, expensive experience that ended up being a waste of a lot of time. I had a terrible experience! Pat Mccullough charges $495 an hour, and another $135 an hour to his paralegal. This is extremely high, but I thought it would be worth it since I was fighting for my children. The issue is in return for these very high rates, I got little to nothing. Don’t get me wrong, Pat is a nice guy. The problem is Pat is just not a strong, hungry attorney, that I believe he once was. I feel Pat has been doing this too long and he is now just going through the motions. Do not call Pat McCullough if you need aggressive divorce representation from an attorney that uses modern, legal tactics. After being charged well over $20,000 by Pat McCullough to represent me through my divorce, I was getting nowhere, but a ton of legal debt. Pat was too passive and allowed my ex and her attorney to constantly push us around. It became sad and frustrating to watch as time went on. Even though I provided Pat and his team with countless emails, texts, phone recordings and voice recording between my ex and I, which proved all of my ex's wrongdoing's, Pat was old school and didn't even know what to do with the information. This firm was so technologically behind that they could never figure out how to open attachments on their old computers. I would have to drive to their office each time with a zip drive, and help them open the materials. Instead of good news, Pat told me to expect to have to pay over $1,400 a month to my ex for child support and spousal maintenance. As I said before, I had plenty of evidence against my ex. So, I stopped using Pat, and for the last 5 months of my divorce, which ended last July, I represented myself. I worked directly with my ex and her attorney, providing years of evidence I had been putting together. I spent $0 on legal fees the last 5 months of my divorce!!! In the end I have to pay my ex $0 a month for child support and $0 a month for spousal maintenance. I also had my ex sign a Karon Waiver, which prevents either of us from ever changing these terms. All of this was a result of the evidence I had. The evidence I provided to Pat and his team months prior, but they did nothing with it. Save your money. Go with a cheaper, younger, hungry attorney that will fight for you and your children’s rights.
This review is from a person who hired this attorney.
Hired attorney
Patrick McCullough's response: Hello, we are very sorry to hear about your complaints with our firm. However, during the time that our firm represented you in your case, you never expressed any dissatisfaction or expressed any grievances with your bill or with our firm. We sent billing statements to you on a monthly basis, which broke down exactly what work was being done on your file and how your attorney’s fees were being utilized. At no point during our representation did you ever complain about the work being done on your case or about the monthly bills that were sent to you. When our firm stopped receiving payments from you for your attorney’s fees, we contacted you about setting up a resolution to have your bill paid. We reached out to you for over a year to try and get your bills resolved and during that time you never voiced any concerns about your bills, however you did make promises that you would make payments on your bill. After many months of never receiving any such payments, we were forced to file a claim in conciliation court to collect your unpaid attorney’s fees. At that point, if you truly had grievances or complaints about your bills, we hoped you would have showed up in conciliation court to address those complaints, but you did not. It was not until our firm received a judgment against you in conciliation court for unpaid attorney’s fees and we began to garnish your wages that you complained about attorney’s fees. If you would like to discuss this matter further and work out a resolution for your unpaid attorney’s fees, please give us a call at (651)772-3446. Thank you, McCullough & Associates, P.A.

I endorse this lawyer. Patrick is an excellent trial attorney, and exemplifies courtesy and professionalism. I am proud to endorse him.

I endorse this lawyer. I have known Pat over 20 years. He is an excellent Family Law attorney, and represents his clients extremely well. His ethics are above reproach and he is a true gentleman.

I've mediated several cases for Mr. McCullough and I've had many cases against him over the years. He is always well prepared and a zealous advocate for his clients. In my opinion, he is one of the best attorneys in Minnesota.