I have been practicing law since 2010.  Before beginning my legal career, I spent three years working in Austin, Texas as a sales representative and corporate trainer for Dell, Inc.  Upon graduating summa cum laude from the University of Wisconsin Law School, I entered the legal field by accepting a Federal Clerkship with the Honorable Robert W. Pratt, District Court Judge for the Southern District of Iowa.  In this position I honed my knowledge of the federal criminal law, working on criminal cases involving charges for Felon-in-possession of a firearm,  Possession and/or distribution of child pornography, and Manufacturing and/or delivering controlled substances. I also developed an expertise in applying the complex federal sentencing guidelines.  One of the cases I worked on,United States v. Burrage, was decided by the United States Supreme Court during its previous term.

Upon completing my Federal Clerkship, I returned to Madison where I initially worked as a Special Prosecutor for the Dane County District Attorney's Office.  As a prosecutor, I primarily handled OWI and other traffic cases, learning the intricacies of Wisconsin's drunk driving laws.  I also handled a variety of felony and misdemeanor cases ranging from battery to theft.  This position afforded me the opportunity to learn the practices and procedures used by prosecutors, and to refine my litigation skills, as I appeared in court on a daily basis.

Since joining Nicholson & Gansner in January of 2013, I have represented clients in a variety of criminal and family matters.  The majority of his practice focuses on criminal defense, where I represents individuals facing a wide array of charges, including OWI, Drug possession and distribution, Domestic-abuse related offenses, and fraud.

I have secured the dismissal of all charges for clients in OWI cases in both Madison Municipal Court and Dane County Circuit Court, as well as the dismissal of all charges for various clients charged with domestic-abuse crimes such as battery, disorderly conduct, and criminal damage to property.  My recent successes include obtaining a not-guilty verdict for a client falsely charged with second-degree sexual assault of a child, and securing nearly $100,000 in compensation for the estate of an individual who was wrongfully convicted and incarcerated for a crime he did not commit.

I also devote a substantial amount of my practice to family law.  In this capacity, I have assisted clients in matters including divorce, establishing paternity and child-placement, child-support modification, and obtaining guardianship of minors.  I knows the difficulties, pitfalls, and limitations that exist when trying to solve familial problems using the legal systems.   Because of this, I assists clients in identifying and prioritizing their interests, and helps them focus on achieving their big-picture family and financial goals. 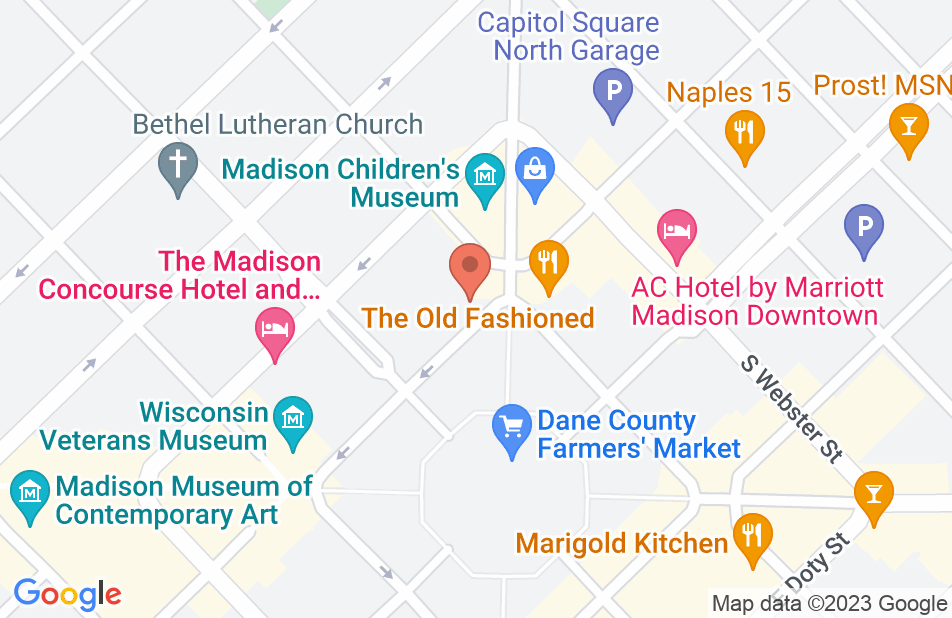 Nate truly went “above and beyond the call of duty” to ensure all my needs were handled properly. Even after my case had been decided (and he wasn’t directly involved anymore) he helped me with follow up work as part of making sure everything was closed out to my satisfaction. I would absolutely recommend Nate to anyone in need of a lawyer.

Nate was such a great advocate for me during a complicated divorce. He was extremely knowledgeable about criminal law, which helped tremendously in my case. He was in constant contact with me, answered all of my questions and kept me informed of changes as things progressed. Always professional, timely and engaged as well. I would highly recommend his services to anyone.

I was in a situation last year where I needed a lawyer in Madision, I was put in contact with the law firm that Nathan was at. From the first phone call from Nathan to the resolution of my case, I knew I was in good hands. He took the time to listen to my side and he thoroughly explained all the legal ramifications, and he kept me informed through the whole process. Best of all he got the charges reduced that was a real win for me. I hope I never need a lawyer again, but if I do I would definitely call Nathan.

Nathan was.............. absolutely wonderful. Right from day one, he just had one of them trustworthy personalities as if he truly cared about the outcome and not the money being paid. I found him to be extremely responsive weather it be by phone call or e-mail. I felt he was extremely knowledgeable, and it was certainly comforting knowing that he used to be on the opposite side of the line being the prosecutor, at an earlier time in his career. He went way above and beyond to keep me informed throughout the entire process. I can say enough about Nathan's professionalism, knowledge, communication, he was in short of better words....... My savior! Not only did he win my case, he got it dismissed!! I highly recommend Nathan's services. No I'm not being paid to say this, I was his client at some point. If I should EVER need a lawyer again, I hope not anytime soon, no offence Nathan, I would defiantly call Nathan FIRST, and even if in the event he would not be able to take whatever case it may be, I would certainly trust his recommendations.

Whille working with Nate i felt very secure and certain that the case would end in my favor. He fought for my innocent like he said he would and we won!

Nate Otis is an A+ lawyer, nothing but the best from him.

Nate Otis impressed me with his legal knowledge, responsiveness, and overall passion and drive for winning my case. Nate always kept me in the communication loop of what was happening with my case. He cared what my thoughts and feelings were before proceeding with any decisions, which really made me feel like a part of a "team" as we worked through my legal case. His vast knowledge of the law was very impressive and definitely gave me comfort, knowing I was in good hands. His legal fees are very fair, and worthwhile. Without hesitation, I recommend Nate Otis to anyone seeking competent, reputable, and trustworthy legal services.

Nathan Otis was the first lawyer I hired on my own. I had a case I needed help with and I had no idea what to do. I spoke with a few lawyers before him and none of them seemed as genuine. Everyone rattled off a general statement and their rates, but what grabbed my attention about Nathan was that he did everything but. He took the time to get to know every piece of my case and the backstory, and he genuinely wanted to find the right outcome for me. He was very supportive, informative and flexible. Also, myself being young and unexperienced in obtaining a lawyer and dealing with legal situations, I could have easily been taken advantage of. Nathan, though, was upfront about money and worked with me to find the best solution. Everything with my case turned out even better than I had expected, and I really do owe it all to him.

As my divorce attorney, Mr. Otis easily negotiated with the DA to drop a peripherally related misdemeanor charge (dis. conduct), and he staunchly negotiated until I got the best split of the asset/debts in the divorce. Throughout the stressful ordeal, Mr. Otis always kept me promptly informed and was able to fully allay all my concerns. His working knowledge of the DA's office and experience with court judges was very reassuring, and his honest confidence and ability to bring my case to a "no worries" resolution helped keep my own life focused on track. I am extremely grateful for Mr. Otis's guidance and wisdom in closing a very acrimonious chapter in my life!

Not just a great lawyer...

Nate worked on multiple cases for me over the past year, and I wouldn't recommend anyone else. Not only for his attention to detail in my cases, but his ability to connect on a personal level and have a real concern for my needs. He is a great person, and one of Madison 's top attorneys.

I shook Nate's hand...and that was it

Nate told me he was part of my "legal team" and that he'd get involved when it became clear that a trial was forthcoming. I told Nate and his underling (Paisley Hoffman) to plan on a trial immediately as I had no intent on being coerced into anything less. Nate refused to meet with me or do anything and would only defer to Paisley, who graduated a few weeks before her appointment to my case.
This review is from a person who hired this attorney.
Hired attorney

I whole-heartedly endorse this lawyer! Nate is whip-smart, aware and dedicated. Throughout a very long and difficult case, he was able to zealously advocate for his client while simultaneously looking at things from an objective perspective, thereby enabling us to problem-solve effectively and resolve the matter, to the benefit of all involved. Can't go wrong!

Nate is brilliant, detail-oriented, and an excellent trial attorney. I'm proud to work with him.

Attorney Otis is a skilled litigator, with experience both as a prosecutor and defense attorney. He is highly respected by his peers and clients. He is also part of an excellent team of attorneys with a wide range of experiences. They are all outstanding!