Injured? Take action! No fees unless we succeed in your claim! Call today

Attorney Steven C. Gabert is a graduate of Marquette University (B.A. 1983) and West Virginia School of Law (J.D. 1986). He is admitted to the West Virginia Bar and Wisconsin State Bar. He was commissioned as an officer in the United States Marine Corps in 1983. Following law school he served to the rank of Captain in the United States Marine Corps where he practiced as a Judge Advocate General (JAG) officer. After TBS at Quantico, VA he attended Naval Justice School (1987-Honors) in Newport, RI. He then continued his military service at Camp LeJeune, NC where his practice was primarily the representation of Marines and Sailors facing Special and General Courts Martial and pre-deployment legal services for Marines. Since completing his active military service in 1990, he has concentrated his practice on representing the personally injured. He practiced as a trial attorney for 10 years as an associate at Kondos Law Offices in Milwaukee, WI until he co-founded Action Law Offices, S.C. with Attorney Michael D. Leffler in the Fall of 1999. 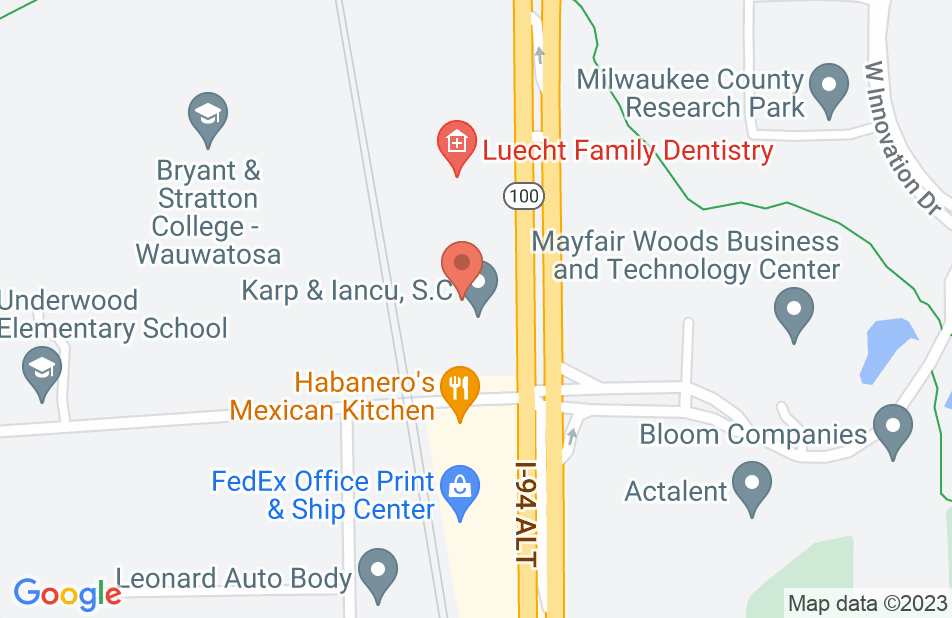 Won A Case I Knew Was Lost

After the pain doctor who treated me for my injuries from a slip and fall refused to attest to the cause of the injuries I knew the case was a lost cause. Attorney Gabert did not let that hinder him from pursuing legal victory and when I got the phone call from him that the case had settled I was beyond amazed, grateful, and floored. Steve proved himself to be a lawyer who is fearless and unstoppable even with the difficult circumstances that were presented. He is not the first personal injury attorney I have had represent me yet he is by far the most competent and compassionate and even came to my apartment for the free consultation. He is our family attorney for life and I recommend him to everyone in need of a personal injury attorney.
This review is from a person who hired this attorney.
Hired attorney

An Attorney Who Fights For His Clients

After my case was dropped by another personal injury attorney (not a slam dunk case) I retained Steve Gabert. He took my case in-spite of a preexisting condition that the insurance company was using to deny the claim. The amount of research and work he put into building my case confirmed that he is an attorney who is highly vested in his clients and willing to fight for them to get just compensation. He personally completed the interrogatories and did not hand them down to his paralegal. Steve is personable, professional, and the attorney who fought for me even when I wanted to give up the fight and therefore I highly recommend and am grateful to him.
This review is from a person who hired this attorney.
Hired attorney

I hired Action Law Offices and worked with Attorney Gabert regarding a car accident I was involved in while at work three years ago. Although I had no broken bones, I was left to live with a soft-tissue/nerve injury which still causes me pain and suffering today. These types of injuries are real, but difficult to prove. Attorney Gabert was up for the challenge; surprisingly easy to work with and excellent at supporting my case.