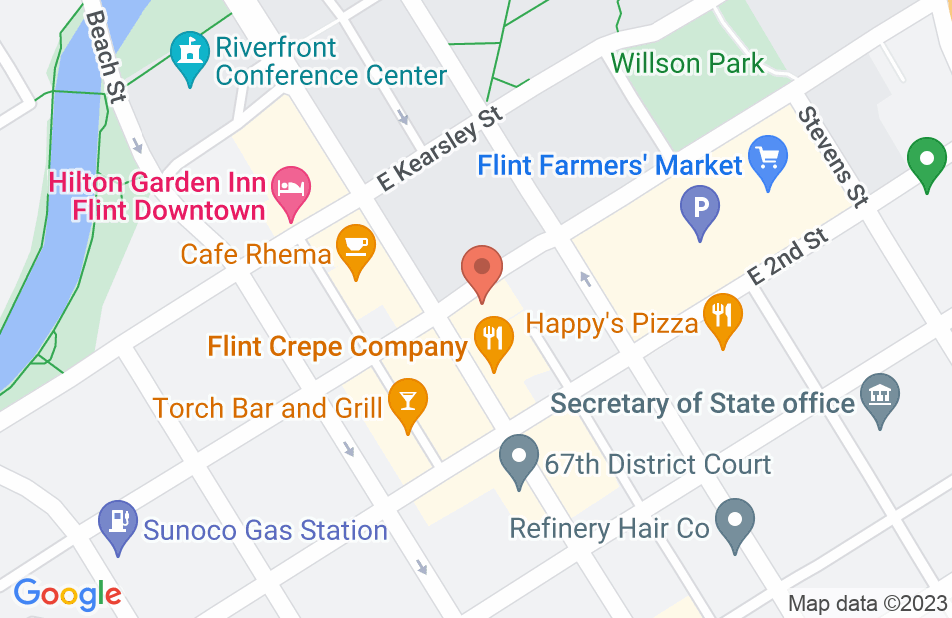 I have utilized the services of Attorney Desotelle for several years. He has always been professional, very knowledgeable, and has the ability to put you at ease by explaining matters in layman's terms. I have referred several people to Mr. Desotelle, all have been pleased and have had favorable results. I would highly recommend Mr. Desotelle.

Attorney Desotelle has helped me with a couple different cases always ending in fair and favorable outcomes. I recommend him to everyone I know that needs legal help. His secretary was also very helpful and always able to answer my questions.

Chuck is helping me with two issues. He is extremely knowledgeable and has an ability to explain things in laymen’s terms. The only negative thing I can say is he is very busy and sometimes it's hard to get a hold of him personally. However his secretary is great and very helpful. The reality of it is he is busy because he is very good at what he does.

I would give no starts if it were applicable

I had this attorney for my divorce and in that arena he did fine but there wasn't anything to fight for except when I needed the BS PPO my ex had some stranger conjure up against me in hopes of having me fired and I paid IN FULL for this case and MR. DON'TTELLYOUNOTHING dropped the ball. I never received notice for the court date and neither did the other party which would have been an automatic victory for us. So, if you want an attorney who will go to bat for you and apply all their skillset and knowledge, he isn't the one I'd hire. You'd be better off defending yourself!
This review is from a person who hired this attorney.
Hired attorney

I hired him on a child custody case that lasted nearly a year. He would never return calls, lied about things he had negotiated with the other attorney, and no showed without letting me know. I ended up with less than I began with even know it was completely obvious the other party was in the wrong. I hired a new attorney and completely had the entire case go in my favor. DO NOT WASTE YOUR MONEY OR TIME
This review is from a person who hired this attorney.
Hired attorney

I hired Mr. Desetelle to represent me in my divorce case. After we settled my ex husband neglected to pay what we had agreed in court. After him promising me over the phone that he would file a motion to have the court take action he has refused to do so. It has been a full year since my ex husband's deadline to pay. I have called numerous times over the past year and the secretary always takes my name and number and says that he will get back to me. I have received no phone calls and no motion has been filed. I had paid him up front, now that he has received his money he has no concern about me receiving mine. Please spare yourself this headache
This review is from a person who hired this attorney.
Hired attorney

wasted my time and money

In the beginning of my case he was very involved and always sure to let me know what was going on. As time went on and the more I needed help the slower he got. Now he just won't ever meet with me but is sure to ask for more money. My total is over $5,000 and still going. Now thinking of Leaving him.
This review is from a person who hired this attorney.
Hired attorney

Please note the following true facts about him: a. His Failure to appear at important Hearings all together upon taking my retainer, b. His Failure to provide his client with very important documents that he was served with, c. His Failure to respond to documents that were served to him by opposing counsel, d. His Failure to respond to a Judgment of Divorce, thereby causing a First Default Judgment of Divorce against me, e. His Failure to respond to a second Judgment of Divorce that he was served with after the Court allowed him to set aside the first Judgment of Divorce that he had already defaulted on, f. His Failure to respond to a second Default Judgment of Divorce due to his own negligence, which destroyed my case, g. His Repeatedly deceiving and lying to me, his client, and my elderly parents, who he also took money to represent, h. He Breached two contractual obligations with me his client, and a contract he signed with my elderly parents as well, i. He took a great deal of my money and the money of my elderly parents and did not perform any of the work he promised for said monies, j. His Failure to respond to Summons and Complaint that he was originally provided with on day one of the retainer, k. His Failure to respond to his client’s letters and the letters from the client’s family addressing their very important concerns, l. Not filing an immediate Appearance upon taking my first Retainer, m. Billing the client for work that he did not do, n. Not performing any Discovery whatsoever as required, o. Not protecting his client’s entire million dollar Estate, p. Not protecting all of his client’s assets and marital assets as he promised he would do, q. Contractually promising “Grandparent’s Rights” and never doing a single thing regarding said rights after taking monies, r. Appearing on behalf of my ex-wife after he was already fired, in my same Divorce Case, which is unethical and a violation of the attorney/client privilege. When I was attempting to have the 2nd Judgment of Divorce, that attorney Desotelle defaulted on, overturned in Court, he appeared with my ex-wife and her attorney with his hand on my ex-wife’s shoulder and appearing on behalf of her and her attorney. This was a complete shock to me and leads me to believe that he was working with her from day one. I also found his business card in my ex-wife’s personals that she left upon abandoning my home, a home that attorney Desotelle allowed her to get exclusive possession of during the divorce. This type of collaborating and colluding with the opposing counsel is unethical in the State of Michigan, s. He demanded $1,000.00 from one of my witnesses to appear at a 1 hour deposition despite that he was already contractually and legally required to appear at any matter in my divorce case after already being paid. He managed to obtain this additional $1,000.00 with his fraud from this witness. He told the witness he would not appear unless he was paid this money first, t. He demanded a second retainer from me after he caused all of the above damages. At this point, I had to fire him. u. He deceived and intentionally lied on his Answers to an investigation by the Attorney Grievance Commission of Michigan. I can provide his answers and all of the physical proof of his perjury to this Commission. v. He knowingly lied to a Judge, several times, in person. I can provide proof of this, w. He committed perjury, under oath and on several Sworn Statements, in his intentionally perjured answers to Interrogatories, answers to Admissions, and Requests for documents, x. He conveniently claimed he had absolutely no records to produce upon several Requests for Documents because by producing these documents he would have exposed his further perjury with the Court, y. He billed me for many hours for work that he never even did on my case.

I endorse Charles. He is a highly skilled attorney that is well respected in the legal community.

Mr. Desotelle has the ability to work all aspects of the case from investigation to trial. I highly endorse his acumen.