Aggressive and Innovative Legal Representation by a former State and Federal Prosecutor.

ALLEN WOLF is a former award winning broadcast Journalist turned Attorney and former State and Federal Prosecutor.  He has been practicing law for over 35 years and is the founder and principal member of  THE WOLF LAW FIRM. After receiving his Juris Doctorate from Wayne State University Law School in 1980, he left journalism and was appointed as an Assistant Prosecuting Attorney by then Oakland County Prosecutor L. Brook Patterson. Patterson told the Detroit Free Press that Wolf was "one of the most exciting professional trial attorneys" he's ever seen. According to Patterson, Wolf "takes a case, works the hell out of it and gets fantastic results."

In 1986, the U.S. Department of Justice recruited Wolf to become an Assistant United States Attorney in Detroit. During his tenure as a Federal Prosecutor, Wolf was cross-designated as a Special Assistant Michigan Attorney General by then State Attorney General Frank Kelly in connection with Wolf's assignment to coordinate a joint Federal/State Arson Task Force. Assistant U.S. Attorney Wolf completed assignments in the White Collar Fraud and Special Prosecution Units before leaving federal public service for the private sector in 1988. It was at that time his legal experience expanded to include civil law as an Associate in a large Southfield insurance defense firm, and then as a Partner in a business firm.

When not practicing law, Wolf enjoys kayaking, sailing, mountain biking and snowmobiling at his cottage on Lake Huron in northern Michigan. Wolf is a computer and electronics enthusiast and holds a FCC Extra Class Amateur (Ham) Radio License which allows him to communicate with other hams around the world for emergency, public service and hobby purposes.

Allen Wolf has been selected as a Michigan Super Lawyer .  Nominations for this prestigious honor are limited to 5% of the practicing attorneys in Michigan.  Dbusiness Magazine has also listed Wolf as a "TOP LAWYER" in the areas of Criminal Law and Complex Civil Litigation.  Attorney Wolf has also received a national "AV" Peer Review Rating from Martindale-Hubbel/Lexis, which is their highest designation for ethical standards and legal ability awarded to attorneys nationwide. 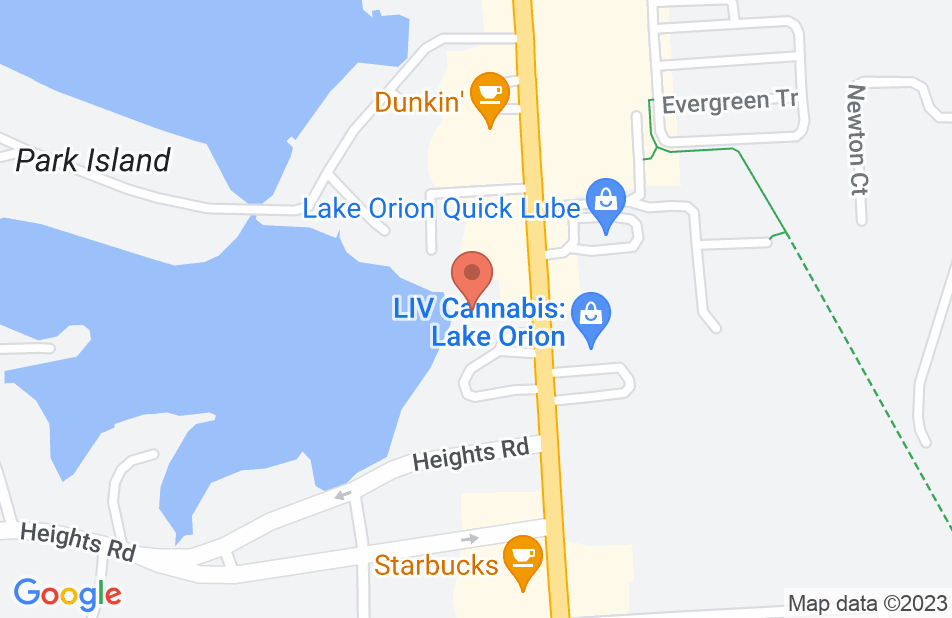 Allen is an excellent attorney. He is not only very professional, he’s extremely knowledgeable. He gave 150 percent to my case . He brings years of experience to the court room . I’m so glad I’ve met him,hired him,and now call him a friend. Best phone call I ever made . Don’t make the mistake of calling someone else. - relieved client-
This review is from a person who hired this attorney.
Hired attorney

The name says it all

Mr Wolf recently represented me in a breach of contract dispute in a "big guy versus little guy" scenario. He was able to get me the results I was looking for with only pen to paper and some phone calls, saving me a lot of money and time. He tells it like it is and treats you with respect. I appreciate him as well as his assistant for making an obviously wrong situation turn into a positive one. You cannot go wrong by choosing Mr Wolf. I know I will be forever grateful.
This review is from a person who hired this attorney.
Hired attorney

Allen did a great job for me. My original charge of OWI was dropped to visually impaired driving which meant that I did not lose my driver's license for any length of time despite this being my second drunk driving violation. I was sentenced to 30 days in jail, but this was less than expected.
This review is from a person who hired this attorney.
Hired attorney

Al did an exceptional job in representing me with my case. With his calm demeanor and extensive network of relationships and knowledge of the law, my case was dismissed in short notice. His legal assistant Michelle is amazing. Timely contact, communication and availability was above par the entire way through from both. Thank you!
This review is from a person who hired this attorney.
Hired attorney

Thank you so much for the great job on my case. I have not had many attorneys, but my experience with Mr. Wolf was paramount. I will definitely seek your services in the future if needed and will refer anyone in need of an excellent attorney to your office.
This review is from a person who hired this attorney.
Hired attorney

I recently hired Al and closed out my case. He was very helpful from the very beginning and walked me through the process and what to expect. Any questions I had he answered clearly. When it came to visiting the courthouse, Al made the process go quickly and smoothly. I'm happy to say that in the end he helped me get the best results I could hope for. I can't imagine going through this process without his help.
This review is from a person who hired this attorney.
Hired attorney

Great law firm, they make you feel at ease. They get the job done in a professional manner. I would use them again and recommend them to everyone.
This review is from a person who hired this attorney.
Hired attorney

Allen Wolf has represented me in two separate misdemeanors over the past 15 years. Mr. Wolf is an outstanding attorney who represented my interests vigorously. He served me with caring, compassion and a full-throated defense. There is no one better.
This review is from a person who hired this attorney.
Hired attorney

Very sharp lawyer here. Has been doing it a long time, I went to 4 lawyers before choosing Mr. Wolf. I could tell he knew what he was doing and really cared about people. The fact that he has been on both sides of the law really helped with my case. He got me a result that even the Judge was shocked at when she heard our plea. I was facing some serious charges and I am so glad I sent for the Wolf! He communicates well and knows the local court system well. I would recommend him to anyone and everyone out there especially if it’s serious. Thank you so much!
This review is from a person who hired this attorney.
Hired attorney

Mr. Wolf was very helpful and efficient in his first response to my question. Thank you for your time and help.
This review is from a potential client who consulted with this attorney.
Consulted attorney
See all reviews

Allen is dedicated to achieving a favorable outcome for his clients. He is extremely thorough in his handling of cases and is very knowledgable as well given his many years of experience. I fully endorse this extraordinary attorney.

Al Wolf is a superb attorney. His dedication to client's cases is without compare. I endorse Al because I have seen, firsthand, the level of commitment and fervor he applies to each case.

Al is by far one of the best lawyers in the country. We worked up a couple cases in a trial lawyer seminar up in Wyoming. He is professional and dedicated to his work. I would recommend Al to anyone who is looking for a top-notch, high grade attorney.

Robert Sheehan, Divorce and separation Attorney on Dec 8, 2015
Relationship: Worked together on matter

I fully endorse Allen Wolf. He is uniquely qualified to assist clients due to his extensive experience and track record of success. I have worked with Allen on a federal matter and would not hesitate to seek his counsel again. He is also a well-respected member in the legal industry.

Allen is a very knowledgeable attorney with a clear desire to help those in need of the best possible legal representation. If you are injured and have a claim in his area, you would be well served by seeking his consult.

I endorse this lawyer. He enjoys the highest level of respect among fellow attorneys. Mr. Wolf is a dedicated and passionate attorney.

Mr. Wolf offers excellent responses and advice on Avvo relating to Criminal Defense. It is obvious that he is an experienced and analytic criminal defense attorney. He received my full endorsement.

I endorse this lawyer. Honest advice, practical answers on AVVO. He is a skilled and concerned advocate for his clients.

Allen Wolf is an excellent, aggressive and accomplished trial lawyer having extensive experience in both state and federal courts. His personal character, integrity and ethical standards are of the highest caliber. I recommend his retention to anyone having business, commercial or criminal issues that require representation by the best.

I highly recommend Attorney Wolf. He skillfully and zealously represents his clients. Also, as opposing counsel in a high-stakes case involving catastrophic losses, Attorney Wolf was the epitome of professionalism and dignity. Michigan is fortunate to have Attorney Wolf as a member of its bar.

I heartily endorse this lawyer. I've known him as his client and as his friend for over 30 years. As an attorney myself, I have never failed to be impressed by his legal skills, his abilities at achieving win-win settlements, and when needed, his courtroom accomplishments. Even transcending all of that, is a personal integrity and sense of ethics you'd have a tough time finding elsewhere.

I endorse this lawyer. Allen is a solid, skillful practitioner. He has a background as a Federal Prosecutor, as well as a Criminal Defense Attorney. I first came in contact with Allen, when he was a local television commentator during the OJ Simpson trial. He is creative, tough, and has a great sense of humor!