Elder’s numerous honors and awards include his recognition by SuperLawyers and receipt of the Rising Star Award, as well as designation as a dBusiness Magazine Top Lawyer — a distinction he has been recognized for in multiple years. He was also named a Top 100 Trial Lawyer, as chosen by The National Trial Lawyers, his third straight year earning this honor.

In addition, he was named a Rising Star in Criminal Defense by Super Lawyers Magazinein 2011 and recognized as one of the Top Attorneys by Michigan Outstanding Young Lawyers. Elder has received additional recognition by legal organizations and his peers, including being named one of the Top Young Attorneys in Michigan, by The New York Times. He has also served on the American-Arab Anti Discrimination Committee (ADC). 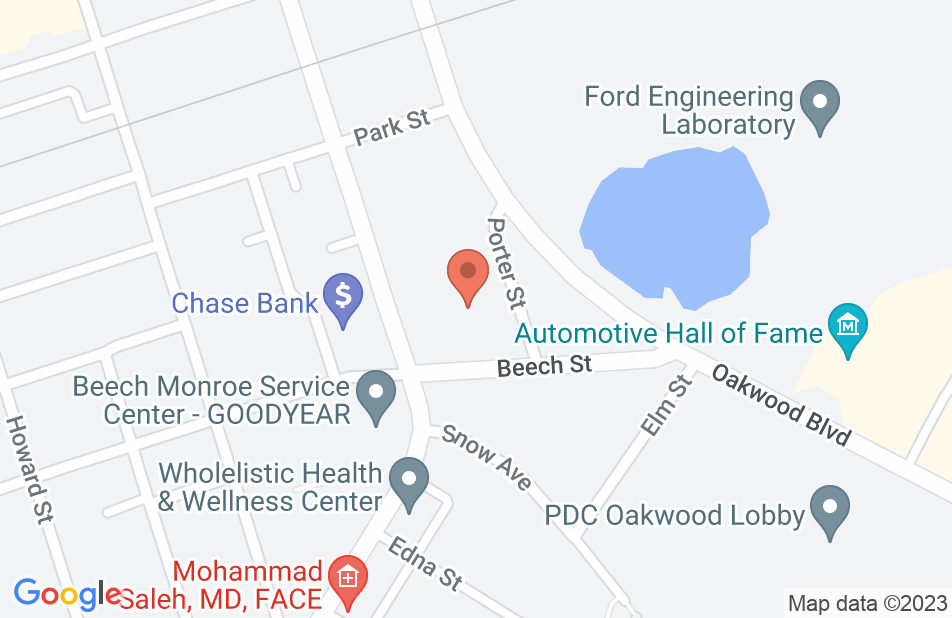 Watched him in court. He is the real deal. Very aggressive when he needs to be. He’s talented and gets the job done. If you need an attorney, get him you won’t regret it.
This review is from a potential client who consulted with this attorney.
Consulted attorney

I honestly don’t even know where to begin. Doraid Is a good and down to earth humble man. Most people when looking for an attorney are very Confused let alone attorneys are intimidating. He will welcome you right away and have Your best interest. You will not feel judged by him either. In the court room he’s a shark and fearless. He’s very respected by the judges and prosecutors. Everyone loves him. It’ll be at that point your happy he’s representing you. I thank you from the button of my heart again so very much for everything you did.
This review is from a person who hired this attorney.
Hired attorney

Before I start if you’re reading this review that means you or someone you love is in trouble. Today is your lucky day because you found one of the best attorneys and you can thank me later, lots of fake reviews out there but, this is a 100% real and genuine review or my story. Mr Doraid Elder is the best attorney hands down. This man saved my life, I was facing a long list of charges and a long time in jail. I started looking for an attorney to take my case, I sat with five different attorneys and wasn’t very comfortable with any of them. Finally, I was referred to Mr Doraid Elder, as soon as I sat down with him I felt so comfortable and I knew instantly he was the one I needed in my corner. Mr Elder took on my case and put me at ease because the stress I was going through was unbearable. He is very knowledgeable, any questions I would ask he knew the answers. Every court appearance was very stressful but I found comfort knowing Mr Elder was by my side. The process was long and strenuous, but I was able to get through it because of Mr Elder, he fought hard and was able to resolve my case to my liking. Let me tell you, when you are facing serious life changing charges you definitely want the right attorney in your corner to fight your battle in court. Me and my family are thankful to Mr Doraid Elder and his staff for there time and services. May God Bless him and his family.
This review is from a person who hired this attorney.
Hired attorney

One of the best lawyers of his time. I was charged with multiple felony counts including C.S.C 4th degree. I was innocent of all charges and this man fought hard until the jury understood that the only verdict they could come back with was "Not Guilty". Would recommend Doraid to all in need of a lawyer.
This review is from a person who hired this attorney.
Hired attorney

I was referred to Mr. Elder by a family member, I was charged with a firearm charge a misdemeanor and Mr. Elder had it reduced to a civil infraction even though I was actually NOT GUILTY of the misdemeanor charge I did accept the lower charge of a civil infraction to get on with my life and just pay the fine . I had total confidence that Mr. Elder would have taken the charge to trial and would have won however I did take the lesser offense. All in All I would retain Mr. Elder as my legal defense attorney in the future if needed. I HIGHLY recommend Mr. Elder to anyone that needs a defense attorney. Thank You very much Doraid ( my niece was correct in hiring you)
This review is from a person who hired this attorney.
Hired attorney

Doraid is an amazing attorney. He's compassionate and very thorough. I've never met a more confident attorney in my life! My brother was facing 30 years for sexual assault/misconduct 2nd and 3rd, and domestic violence charges. Doraid achieved a not guilty verdict on all charges not only because he's talented and thorough but specifically because he was able to listen attentively, find the flaws and discredit the prosecution, and his conduct inside the courtroom is impeccable. My brother was offered the deal of a lifetime for the charges he was facing (1 year), but he did not take it because of the confidence he had in Doraid to get the jury to see the truth and face what the FACTS were. The jury deliberated for no more than 30 minutes and it was over. His closing arguments left an impression on the jury that I'll remember forever. I had never seen an attorney so passionate and assertive!!! He broke down the witnesses and caught them in lies while they were on the stand!!! It was brilliant. Conclusively, Doraid is a very talented attorney, you can tell that he's always thinking, and he makes you feel confident during a time when people are normally afraid and uncertain. And even though the prosecution was good during closing, it was no match for Doraid's keen eye on the deception and errors. Honestly, I can't put into words how he has made my family feel and we appreciate him forever for what he has done. No matter how bad your situation is, Doraid's your guy!!!!
This review is from a person who hired this attorney.
Hired attorney

Doraid did a great job for my son. No jail time - nothing on his record. I couldn't ask for a better outcome. I would strongly recommend him to anyone.
This review is from a person who hired this attorney.
Hired attorney

Hired Mr. Elder 2 years ago for a serious charge. I was able to call him at 5am and he was working on my case by 8am. He has incredible knowledge of the laws and really doesn't take any shortcuts. He is very honest, hard working and respectful . He saved my career and I'm able to attend school now and move on with my life. Don't waste your time with anyone else!!
This review is from a person who hired this attorney.
Hired attorney

Our experience with Mr. Elder and his Firm

Our experience with Mr. Elder Is one we truly need to discuss rather, an obligation bonded by commitment and gratitude. Mr. Elder's service is far greater than any words could describe. Having an attorney is great but when you have a person that is ready to treat his clients as though he or she were family, that's admirable. What's extremely remarkable and notable about him is his availability. It does not matter what day it is, what time of day, or evening Mr. Elder made himself available as though we were his only clients. I recall calling him for help late in the evening and got through to him directly as though it was durning normal business hours. Now, this is an attorney that has a reputation that surpasses any expectations, we witnessed it first hand. Although, he is very well known with many clients, Mr. Elder gave our case the attention it needed, and handled it solely in a remarkably manner. Our case got dismissed in record time, and we were given the dedicated time for detailed briefings consistently. His due diligence and performance was something out of a movie (promise no exaggeration here)! I recommend attorney Elder no questions asked. I feel comfortable presenting him in such a position he so greatly deserves! A true dedicated, driven, and renowned attorney. He is definitely his weight in competency and capability. I 100% recommend him to get the job done! Many thanks Mr. Elder! We wish you all the best!
This review is from a person who hired this attorney.
Hired attorney

They fought for us and we won! Never had one doubt in our mind we knew we had the right lawyers!
This review is from a person who hired this attorney.
Hired attorney
See all reviews

Mr. Elder is THE attorney to call if you are charged with a crime. I have had the pleasure of working with him on both state and federal cases and the quality of representation he gives his clients is second to none. His knowledge of criminal law and superior trial skills allow him to fight for his clients and win.

Doraid is a Super Lawyer who knows how to win. I endorse this lawyer.

Doraid is a top notch attorney with trial experience and a proven track record with state and federal criminal cases. He obtains excellent results for his clients.

I endorse this lawyer. Doraid has the professional skills and personality to be both a highly successful trial attorney as well as a highly skilled advocate who obtains the ultimate results for his clients. on behalf of his clients. I am glad to know there are other outstanding lawyers like Doraid who practice in the Detroit area...,

Excellent lawyer. Doraid is a top-notch attorney and has taken cases to trial hundreds of times. He is highly respected and obtains excellent results for his clients.