Lana received her Bachelor of Arts degree from the University of Michigan, and her Master of Arts in Teaching from Wayne State University with a major in French and endorsement in Early Childhood Education . She assisted in the founding of the Institute for the Study of the African American Child (ISAAC) at the College of Education, Wayne State University, and served as Assistant Founding Director to Dr. Janice E. Hale, and Chief Operating Officer. She is a 2008 Associate Fellow of ISAAC. In 2008 Lana was honored by her law school for her work as the Founding Voice for Justice Public Interest Auction Student Chair, and for her leadership in raising funds for student fellowships in the area of public interest. 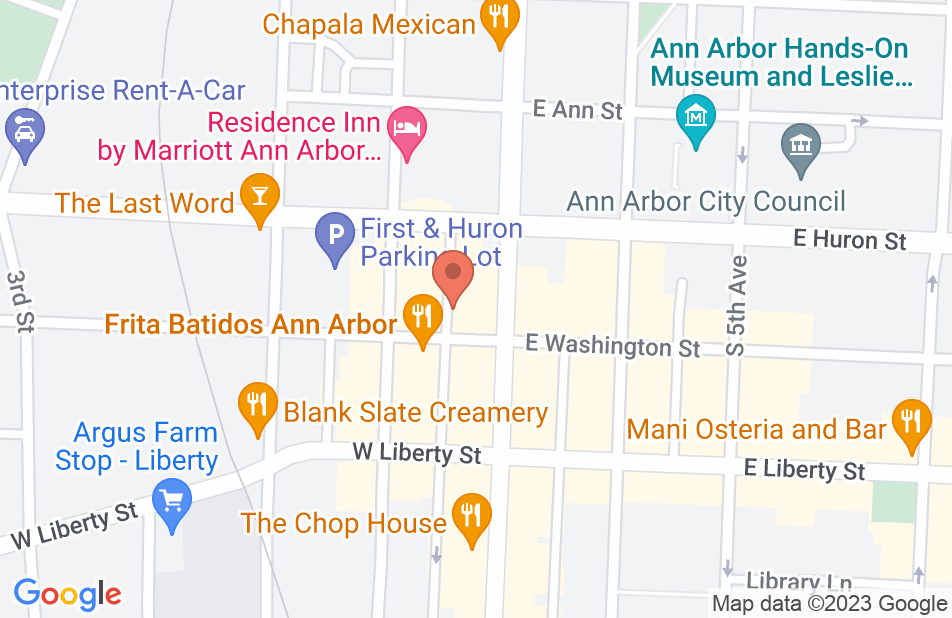 I would want her in my corner every single time!!!

I was dealing with a very difficult situation, and it was only for a referee hearing our divorce was already final. Lana was very supportive, caring, forthright, and so knowledgeable about all the laws. She helped me stand tall with a difficult ex and took my financial situation into account. She knew that the money I was using was a gift from a friend who had passed away and was very good about ensuring I received what was left when we closed the case. She was able to help me realize he couldn't bully me any longer.. I wish I would have used her for my divorce!! Her care for her clients is amazing and her 1st priority are the children involved and taking care of her clients. She is AMAZING!!! I was absolutely grateful to have found her. I will absolutely use her again and always refer her to everyone I know! This review is long over due-Lana-Thank you for all you did!!!!
This review is from a person who hired this attorney.
Hired attorney

Lana and her team are there for you every step of the way. She is truly an outstanding attorney who cares a lot about her clients and making sure their needs are met. I’m truly grateful for Lana and all that she’s done for me!
This review is from a person who hired this attorney.
Hired attorney

I Would Not Visit Any Other Lawyer

Lana is not only very professional, she is a compassionate person. After I was refereed to a lawyer, I decided I wanted to keep looking because I had that feeling that the lawyer seen me as just another case. Then I found Lana. Lana was very different and I am so glad to have run into her. Do yourself a favor and consider her as your attorney. You won't find a better person to give you legal advice; that goes a long way for me. She is also extremely knowledgeable while providing an experience that feels so much more than a legal consultation. She's a real human being and you just can't find that anywhere else. I rarely write reviews, but in this case, I had to go out and provide a very positive review.
This review is from a potential client who consulted with this attorney.
Consulted attorney

You cannot ask for a better and more caring attorney. Would rate 10 stars if I could.

After my wife left without a word and took my very young daughter, I felt lost. Feeling desperate, I tried to find the best lawyer. By hearing her voice for the first time and the concern in her responses, I knew right away that I chose the right attorney. Lana helped me during the toughest time in my life and I would recommend her to anyone. She cares about the children more than anything and will fight for what is right for them. Lana helped me get shared custody of my daughter which is exactly what I wanted out of my divorce. She knew that I wanted my daughter to grow up with both parents equally involved in her life and fought above and beyond what she had to do to make that happen. Without her help, I don't know what I would have done. Thank you Lana!
This review is from a person who hired this attorney.
Hired attorney

My kids were in a bad situation at my ex's home...I brought my concerns to Lana after my ex refused to communicate with me on this issue and CPS proved ineffective. Lana fought like hell to protect my kids and get an existing 50/50 custody order changed in my favor. We had an EXTREMELY difficult case, and she never gave up and never backed down. She worked with me to meet outside of regular business hours and around my custody schedule so I wouldn't have to miss time with my kids or at work to handle my personal business, and she came to each hearing so well prepared that there was nothing opposing counsel could throw at her that she wasn't ready for. Lana saved my kids, and got them into the best situation we possibly could all while being considerate of my financial struggles as a single mom. She did everything she could to have me do some work to save costs, and I NEVER felt like she was attempting to drag out a case to get more money from me. She never used sneaky tactics to "get" my ex (all while his lawyers attempted to do that to me, throwing personal slander my way to distract the judge from the true case issues) - she's a stand-up person, and became a trusted friend throughout this process. I would wholeheartedly recommend her to anyone in a difficult family law situation, and that was true even before we won our case. When choosing a lawyer, remember that you're going to spend a LOT of time with that person. Lana was my partner in this process for the last 10 months; and for as stressful as the situation was, I always knew that when we got together that she'd really be "there" for me when I came to see her. I was shaking so badly during the judges final ruling, she literally held my hand to get me through it. There aren't a lot of lawyers out there willing to build that kind of a personal connection with their clients.

She was very helpfull. Is knowledgeable and compasionate. If needed will work with her in the future.

Lana is excellent to work with. She is very compassionate person and makes you feel comfortable discussing sensitive personal matters. Her legal advice is always extremely helpful. I would describe Lana as a caring, compassionate, and a competent professional.

Would Hire Her Again in a Heartbeat

I had met with other attorneys in the past, and Lana was the only one with whom I felt instantly comfortable and confident in. She championed me in every capacity - supported me through every step of my divorce with care, professionalism, and thorough, concise communication. I weathered the divorce process with a lot more strength because of her. Most of all, I never felt any condescension or apprehension when she tackled every angle. I cannot recommend her enough."

Lana was of great help during what started out to be a difficult time. She showed compassion to my situation and was very prompt to provide me with detailed information.

After my divorce, my ex-wife and her attorneys were stepping all over a poorly worded divorce agreement. They were obviously strategizing to sideline me as a father to my son. I felt hopeless and alone... Enter: Lana Panagoulia. She saw right thorough their legal wrangling and was expert at anticipating their next moves. Lana walked into mediations making no apologies, while putting the other side on notice that we weren't going to be pushed around. She is honest, driven, to the point, and a very credible lawyer among her peers. My only regret is that I did not find Lana Panagoulia when I first filed for divorce; she would have eliminated a lot of confusion from the start.
See all reviews

Liisa Speaker, Divorce and separation Attorney on Jun 9, 2017
Relationship: Worked together on matter

Lana is a wonderful attorney who dedicates her time and talent her client’s case. She thoughtfully considers the best strategy to meet her clients’ needs and does an overall excellent job representing her clients.

I endorse this lawyer. During her tenure with our law firm, Lana always displayed the dedication required to complete whatever task was assigned to her. She is smart, willing to "go the extra mile" for her clients, and tenacious. I am confident that she continues to brings these same skills and attributes to her own law own practice.

Smart, hard working, and fights for her client.

Robert June, Divorce and separation Attorney on May 31, 2017
Relationship: Fellow lawyer in community

I have referred friends to Lana in the past with very good results, and I highly recommend her.

Basil Simon, Divorce and separation Attorney on May 31, 2017
Relationship: Fellow lawyer in community

I endorse this lawyer. I have worked with this attorney and am very impressed with the quality of her work and her professionalism.

I strongly endorse Lana. Lana is an exceptional lawyer that I have known for nearly 10 years. She has true tenacity, superior knowledge, and has obtained excellent results for her clients. She is an asset to the profession.

Lana is regarded as a leader in the field of family law. She has the care and compassion to counsel clients through the most difficult of crisis. Lana has significant expertise in resolving matters without the need for lengthy and expensive litigation. She also has the legal skills and court room experience to obtain the best results for her clients. Lana is well respected by other attorneys, the Friend of the Court system and trial court judges. She is an active member of many bar associations and has an outstanding professional reputation.

Lana is a calming influence with the difficult work of representing clients in divorce matters. Not only does she look out for their legal needs but goes the extra mile to let her clients know they care.

I endorse this lawyer. I have referred several family law matters to Ms. Panagoulia, and all have reported back as very pleased with her representation. She has an excellent reputation in the field of family law.