David Blanchard focuses on helping people get back to work, stay at work, fighting wage theft, and preventing retaliation and wrongful termination. He regularly provides legal representation for employees blowing the whistle on Medicare fraud and other government fraud. Blanchard also provides legal advice and counseling in all civil rights matters. David Blanchard’s job is to take the case to court and fight for the civil rights of human people.

David Blanchard is a respected trial lawyer with a reputation for fighting injustices regularly heaped upon honest hard-working individuals and small business owner/operators. He is recognized for his aggressive, goal-oriented advocacy and advice.

David Blanchard primarily practices in the areas of civil rights, commercial and employment litigation, and criminal defense. Blanchard handles all employment related matters, from harassment, discrimination or retaliation lawsuits to medical leave, benefits issues and severance negotiations. He appears in both state and federal court, including the Michigan Court of Appeals and the Federal Court of Appeals for the Sixth Circuit. 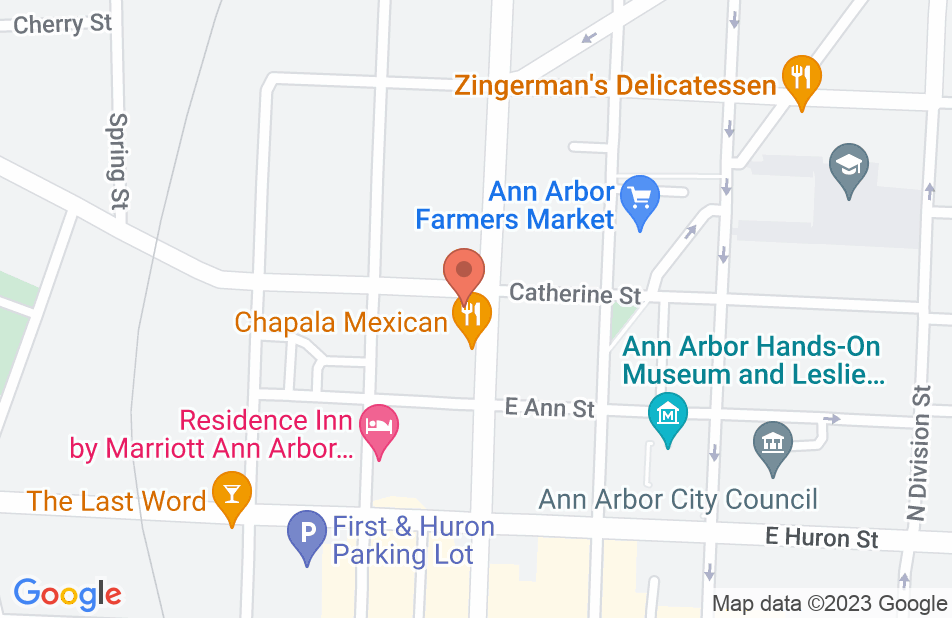 I was referred to David Blanchard by word of mouth from other attorneys who respected his expertise in employment and healthcare-related matters. The situation was very stressful as I was new to the area and was nervous about the potential effects of litigation on the rest of my career. Throughout the process, David took time to answer all of my questions and found practical ways address my particular concerns. He was knowledgeable about the nuances of the law as it related to my case and is generally a very caring and approachable person. It was reassuring to know that he was representing (and fighting!) for me. I would strongly recommend David and his team to anyone needing employment representation, and particularly if it involves the health care setting. In the end, I was pleased with the outcome of my case. Having David to represent me made the steps along the way much more understandable and much less stressful.

I am a former client of Mr. David Blanchard, an attorney based in Ann Arbor, Michigan. I have known him since he took my employment-related discrimination case in 2010, and it is with pleasure that I recommend him for his professional acumen, skills and qualities. Since that time, I have found David to be a hard-working, fair, straightforward and knowledgeable attorney, with a wide range of outstanding legal skills. It was a privilege to have had his service for almost three years of litigation. David has acquired years of experience in a variety of legal areas, including appellate litigation, and clearly is committed to his profession of helping people and his greater community. He is noted for his ability to work well with clients, fellow lawyers, witnesses, judges, etc. He truly cares about the just outcome of his cases and the overall well-being of his clients. I would promptly call upon David again should I need legal assistance in the future. Should I know of someone who may require an attorney's expertise, particularly with complex matters which require a firm knowledge of the law and its optimal application, I would gladly and without reservation, recommend David first and foremost.

I spoke with his firm they were very polite I just had a case that didn't catch their attention. By reading the reviews I only wish I could've got this attorney! If I had the documentation that I had got after speaking with this fireman managed to get it to him it is possible that they may have taken the case. This is on me and regardless of this I will compliment how they handled it on their end.
This review is from a potential client who consulted with this attorney.
Consulted attorney

I met David a couple years ago when faced with a tight deadline to sign a new employment contract that would jeopardize a patent I own. I submitted a question on the nachtlaw.com homepage around 8pm and David responded within minutes. We met in person the next morning to craft a formal counter to my employer at the time. David’s quick response proved very valuable over the next few months as negotiation turned into mediation, and litigation. Throughout I felt David represented my best interests through to a final resolution of the matter. He was always available to help me through the process, regardless of the time commitment.

Choosing to meet with David Blanchard at Nacht Law was the best legal decision I have ever made. At first, I was nervous about investing in an attorney, yet I quickly discovered that Mr. Blanchard brought credibility to my case, and his diligence achieved results that far exceeded my expectations. I highly recommend Mr. Blanchard to those people who desire honest professionalism and wish to discover the best results possible for their situation.

David is an excellent attorney especially on any employment related matters, If you need help with employment contracts, intellectual proerty or other issues, I highly recommend David and his firm. He can guide you through difficult decisions with great advice and sensitivity.