Tom Branigan is a trial lawyer who has spent his entire legal career in the court room engaged in trials and litigation involving a broad range of issues on behalf of a variety of clients ranging from some of the world's largest publicly traded companies, product manufacturers, financial institutions and franchisors to private individuals seeking to right a wrong. His practice is primarily focused on the defense of complex product liability matters involving catastrophic exposure and complex commercial cases and business disputes.

Tom is rated AV by Martindale Hubbell meaning he is preeminent in his field.  In 2006, 2007 and 2008, Tom was named a Super Lawyer by the vote of his peers in Law & Politics magazine. In 2002, he was recognized by the National Law Journal as one of America's top forty trial lawyers under age 40. Tom has tried scores of cases in both state and federal courts and he has acted as lead trial counsel in many diverse venues including Alabama, Arkansas, California, Florida, Georgia, Illinois, Indiana, Iowa, Kentucky, Louisiana, Michigan, Missouri, Montana, New Jersey, New Mexico, Ohio, Oklahoma, Oregon, Pennsylvania, South Carolina, Tennessee, Texas, Utah, Virginia and West Virginia. A list of Tom's trials is available upon request.

Tom is the co-author of a handbook entitled: Michigan Product Liability and Automobile No-Fault Reform Legislation and numerous articles related to his practice. He has been a guest speaker for Bar organizations, businesses, community organizations and law students.

While Tom's clients include major manufacturers like General Motors, Ford, Isuzu, BMW, Mazda, he has represented other major companies, such as Beal Bank, Beal Service Company, Compuware, Toro, 4 Winns Boats, Chris-Craft, Sharp Electronics, Subway Sandwich Shops and Wagner Spray-Tech Corporation. He is also a mediator for the Oakland County Circuit Court and a member of the firm's Executive Committee. 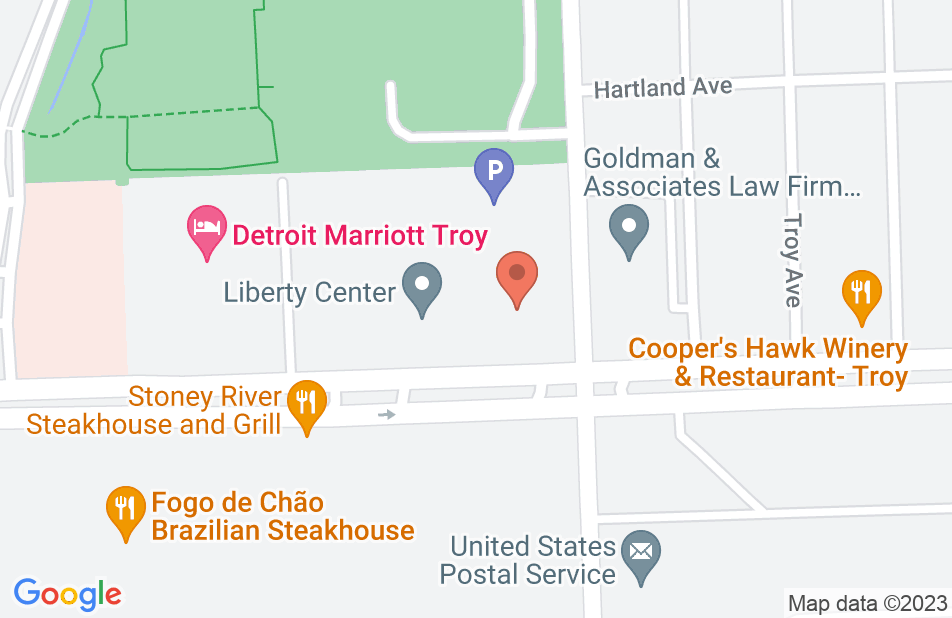 Not yet reviewed
Review Thomas Branigan