Burke Richeson was born in Kokomo Indiana but lived most of his life in Lafayette Indiana where his parents and much of his family still reside.  Burke attended Lafayette Central Catholic High School where he was a member of the 1999 State Championship football team and the 2000 State Championship Basketball team.  In 2005 Burke earned his bachelors degree from Purdue University in Communications with a minor in Organizational Leadership and Supervision.  He moved to Marshall County in 2007 when he began law school at the Valparaiso University School of Law. In 2010, Burke earned his Juris Doctorate from Valparaiso University and completed his Masters of Business Administration, also with Valparaiso University, over the following three years while practicing law.   Burke passed the bar exam on his first attempt and began practicing law in 2011 with the law office of Jones Huff and Jones, where he has since been named a partner in 2016.  Since passing the bar Burke has served as the Marshall County Bar Association President, has become a registered mediator with the Indiana State Bar Association, has been asked and is serving on the Marshall County Community Correction's Board of Directors, has been asked and is serving on the Plymouth Chamber of Commerce Board of Dirctors, has been a founding member of the Plymouth Main Street organization, Discover Plymouth, and has represented hundreds of clients from Marshall County, Starke County, Fulton County, Kosciusko County and St. Joseph County and assisted them with their legal needs. 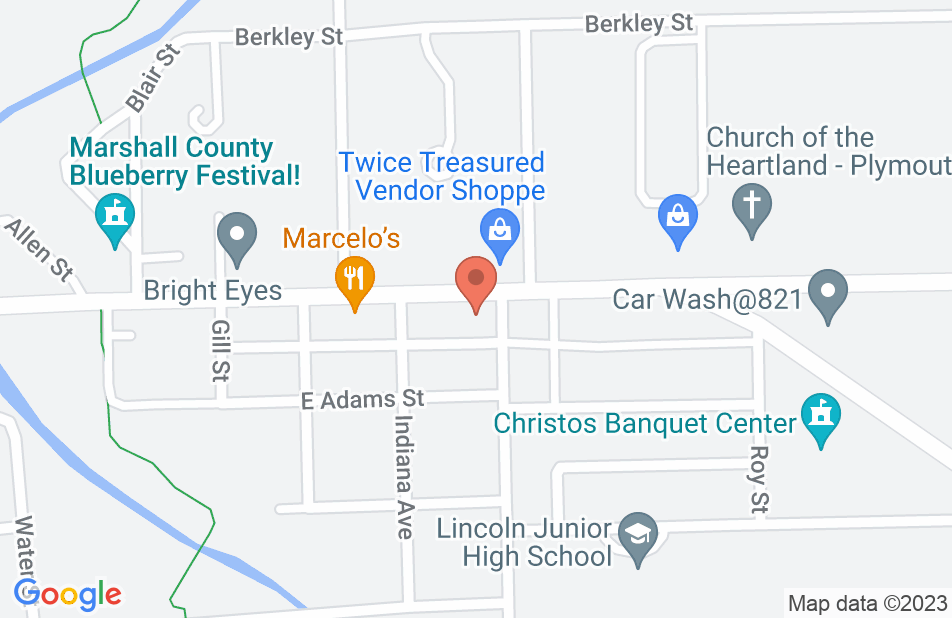 Burke was always very helpful. He had lots of knowledge about what my rights were as a father seeking visitation. He was quick to respond to phone calls and emails and was always 100% honest and upfront with everything. He kept it real and didn't beat around the bush. He is a great lawyer and will definitely be hired again in the future every time he's needed!
This review is from a person who hired this attorney.
Hired attorney

I have to thank Burke Richerson for helping me on my case. I defenetely recommend him.
This review is from a person who hired this attorney.
Hired attorney

Recently I was faced with an unexpected and sudden need for emergency representation concerning the custody of my child. A dear friend recommended Burke based on her personal experience with him. She swore that he was amazing and worth every penny. I met with Burke for a consultation which lasted one hour. I was sure right away that Burke was the right attorney for my case. I do not like the ploys and dishonesty commonly associated with lawyers and when speaking with Burke I knew that was not what I would be getting. He is genuine and extremely knowledgeable. I hired him on the spot and never regretted it. He made himself available for my emergency hearing and numerous additional hearings, represented me and my child in a firm, direct, and competent manner, and displayed an unwavering knowledge of my case. Burke knew this case better within one week than my standard attorney knew my case within 8 months! Though your results can not be guaranteed, as in any court proceeding, if you are faced with the need for an attorney, you have found a winner!
This review is from a person who hired this attorney.
Hired attorney

I have had many opportunities to observe Burke in action, and I can say no one is a more zealous advocate for their clients than Burke. He takes his clients' matter very seriously and doesn't back down from defending their rights.

I have litigated several matters against Burke Richeson and have been sincerely impressed with his professionalism and the manner in which he approached each case. Burke is an attorney whose word can be trusted, he was timely in delivering any documents he promised to provide and was cordial in every exchange. It's refreshing to deal with an attorney who's fighting hard for his client while also recognizing we are each just doing our jobs.