Mr. Mann has been selected for inclusion in Super Lawyers SuperLawyers Edition for 2009, 2010, 2011, 2012, 2013, 2014, 2015, 2016 and 2017. Mr. Mann is a Certified Family Law Specialist by the Family Law Certification Board. Many think this certification applies only to divorce, it also applies to custody, support, orders of protection (commonly called protective orders or peace bonds), visitation matters, adoptions, guardianships, juvenile matters such as paternity, criminal and Children in need of services. Mr. Mann and his firm are proud to have been one of the firms who represented Same-Sex couples who were successful in overturning Indiana's ban on Same-Sex marriage. He continues to fight discrimination in the law. Mr. Mann is also co-counsel in a suit against the State of Indiana that successfully had the Indiana law that prevents same-sex married mothers from both of being on the birth certificate of the children born to them.  This case is presently before the US Court of Appeals for the 7th Circtuit. 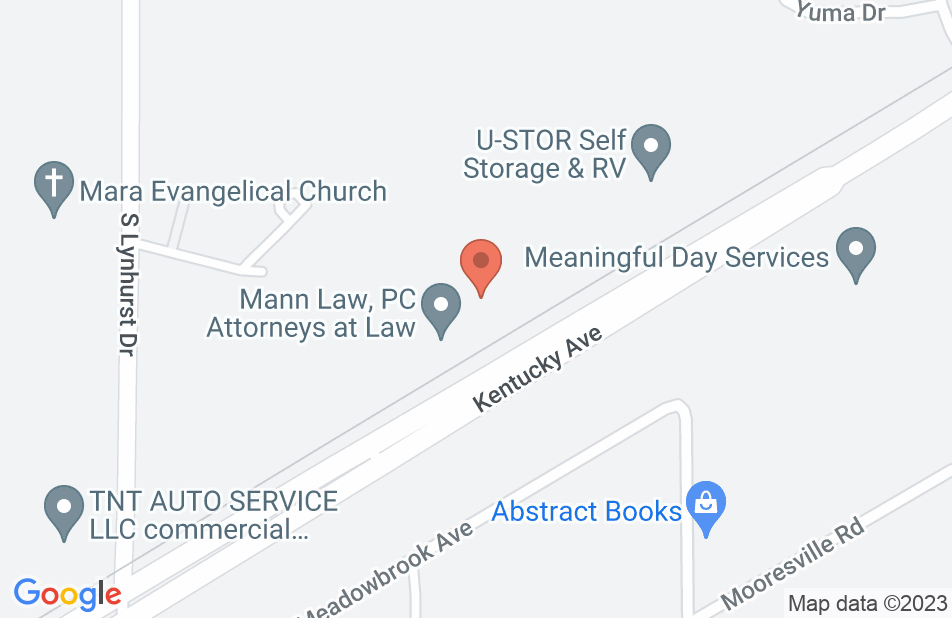 Richard Mann was invaluable in directing me through as difficult divorce. He was conscientious in his dealings with me. He prepared me for all possible scenarios and explained the legal procedure in a way that I could understand what to expect. Mr. Mann personally responded to phone calls and emails. Mr. Mann took in to account the needs of my children at present, as well as their future needs. He followed through with assisting me in obtaining full physical custody of my daughters when it was shown joint custody was failing them. The Richard A. Mann P.C. fee schedule is clear and concise. There were not additional or unexpected charges.
This review is from a person who hired this attorney.
Hired attorney

I asked about a child support case in Indiana. Mr. Mann was not only knowledgeable but he had also gave advice on who i should contact and the reason why. He answered my question promptly along with the personal message i had sent him. I am very happy with what i had learned do to what Mr. Mann had stated.
This review is from a potential client who consulted with this attorney.
Consulted attorney