Following law school, Charles spent seven (7) years as an attorney with the Marion County Public Defender Agency, the last five (5) of which were spent exclusively handling major felony cases. During his time as a Public Defender, he litigated dozens of jury trials from a wide array of charges including murder, sex offenses, and high level drug offenses.

Charles joined Sweeney Law as an associate in April of 2011 before becoming a partner in Sweeney Hayes LLC in January of 2014. Since, joining Sweeney Law, Charles has continued actively trying jury trials in federal and state courts throughout Indiana.

Charles has secured not guilty verdicts from juries on major felony charges such as attempted murder, rape, molestation, robbery, and drug dealing, he has also achieved acquittals on less severe charges such as theft and possession of narcotics.

Charles is a graduate of the inaugural National Association of Criminal Defense Lawyer's (NACDL) White Collar College at Stetson University in the spring of 2012; as well as the Indiana Public Defender Council Trial Institute.

Charles is licensed to practice law in any county in the State of Indiana, as well as the United States District courts of Northern and Southern Indiana. 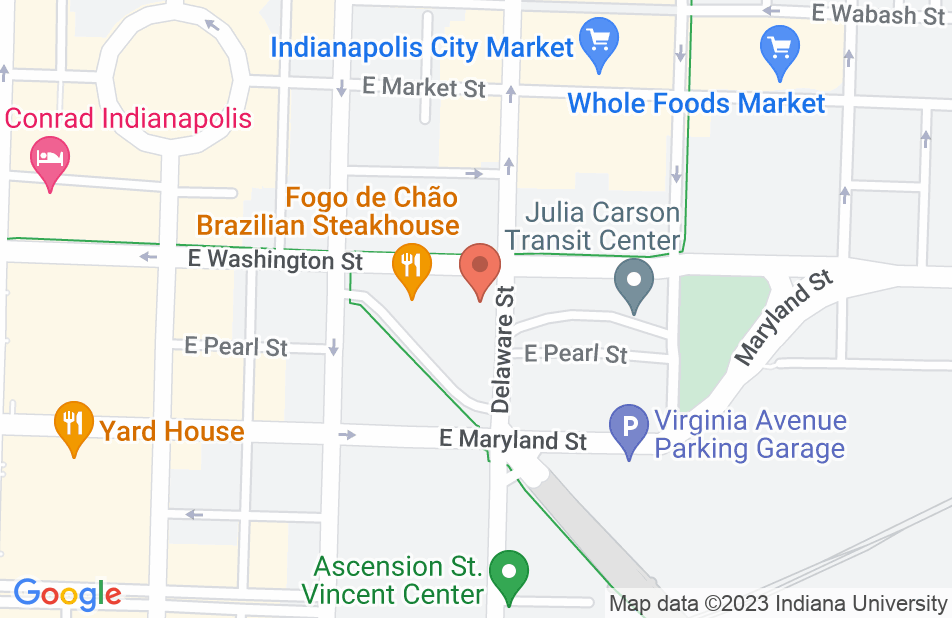 Hayes Ruemmele LLC provides excellent legal counsel. Not only do they approach each case with expert knowledge of criminal law, they care about their clients. In my experience, the attorneys at Hayes Ruemmele are honest, transparent, diligent, and work tirelessly for their clients. They offer holistic solutions to legal issues and situations which many law firms do not do. I rate this law firm 5 stars with no reservations. I truly recommend this firm to anyone seeking knowledgeable and experienced criminal defense attorneys.
This review is from a person who hired this attorney.
Hired attorney

I have consulted with Mr. Hayes on a number of criminal defense matters and civil rights cases. Mr. Hayes handles complex criminal matters and provides excellent support to his clients. I would highly recommend him.
This review is from a potential client who consulted with this attorney.
Consulted attorney

Chas helped me guide a referral's family through the tricky world of criminal charges. He responded quickly even though my request was made after normal business hours.
This review is from a potential client who consulted with this attorney.
Consulted attorney

I endorse this lawyer. He is an excellent attorney. He also develops a sensitive approach to the client's problem. He engages on a personal and a professional level to assure the client understands the process and is ultimately assured that excellent representation was provided.

Mr. Hayes is a top-notch criminal defense lawyer in the Indianapolis area. Clients are lucky to have a seasoned, detail-oriented advocate like Mr. Hayes on their side.

I endorse this lawyer. I have worked with Charles for 12 years and he is an aggressive and brilliant advocate for his clients.

I have known and worked with Charles for years. He is very intelligent and dedicated. I endorse this lawyer.

I endorse this lawyer. He is smart, professional, and a pleasure to work with. I would trust him wholeheartedly to defend me or a close family member and have referred many people to him.

For over a decade, I have had the privilege to observe and work with Charles, and he is without a doubt, one of the finest attorneys in the state of Indiana. In zealously advocating for each client, Charles works tirelessly to fully prepare himself for all aspects of a case and is never outworked by his opposition. Charles demonstrates an uncanny knack of anticipating issues and of pinpointing and exposing the weakness in an argument or opinion. I had the opportunity to work with Charles on several trials and have firsthand knowledge of his outstanding litigation skills. Charles exudes a strong courtroom presence and a tremendous ability to communicate with others in a calm, straightforward, and effective manner. Charles has conducted masterful direct and cross examinations on all types of witnesses and has delivered passionate and persuasive closing arguments. As a zealous advocate and experienced, skilled attorney, Charles is well respected in the legal community.

Charles is a fierce advocate for his clients and has extensive experience in criminal defense.

I frequently refer clients to Charles when people I know need a good criminal defense attorney. If I personally ever needed someone to represent me in a criminal case, he would be my first and only call.

I've known Charles for over a decade. I've consulted with him on numerous cases over the years and have had the opportunity to try cases with him as co-counsel. He is a highly skilled lawyer and will provide an individual with the best possible representation.

Denise Turner, Criminal defense Attorney on May 6, 2016
Relationship: Worked together on matter

I endorse this lawyer. Mr. Hayes is an experienced and skilled trial attorney. I have worked with Mr. Hayes on many cases and have seen him artfully select and argue cases to a jury. He is knowledgeable in all areas of criminal law. In addition to his trial skills, he knows how to to work with prosecutors to negotiate favorable results for his clients. He is smart, easy to work with, and cares about his clients. His years of experience and success in the legal community make him a great choice if one is in need of legal assistance.

I endorse this lawyer. He is responsive, intelligent, pragmatic, and savvy.