Ary Avnet regularly practices trial court litigation in state and federal courts. His practice is devoted to serving clients on a wide variety of legal issues, but concentrates his practice in the areas of personal injury, family law, criminal defense, business litigation, and appellate work.

Mr. Avnet understands that for many clients, their case is their first interaction with the law and the Indiana Courts. Therefore, they are understandably anxious about their case or appearing in Court. Mr. Avnet prides himself in frequent communication with his clients, as well as his quick responsiveness to answer client questions about the status of their case, the law, and court procedure.

Mr. Avnet has seen both sides of many of his practice areas. He has represented individual Plaintiffs in personal injury suits, but he has also represented insurance companies and Fortune 500 Companies as Defendants. Learning to defend cases at the highest levels has given Mr. Avnet the ability to evaluate the strengths and weaknesses of his clients’ cases and the intuition to deduce the other side’s likely legal strategies. Mr. Avnet now puts these abilities to use for his clients at Avnet Law. 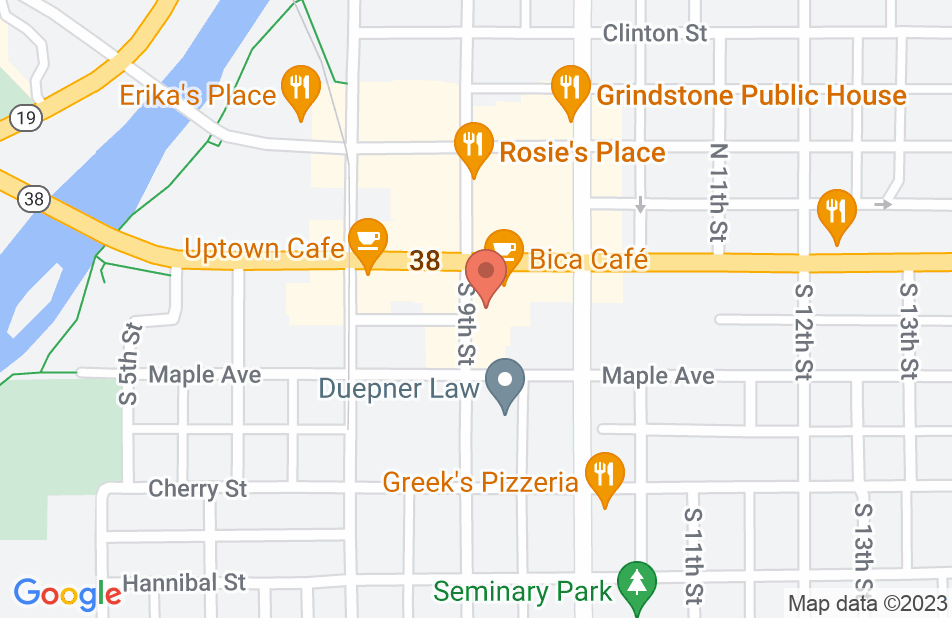 Ary recently completed a very complicated expungement for me. His work ethic, attention to detail, and willingness to keep you informed are second to none. He is one of a kind... Down to earth, yet very articulate and polite. I was impressed with his ability in the courtroom. The judge kept us 10 mins after the hearing to talk and joke with Ary, which is completely out of character. He really took the worry out of this stressful situation, as this was a once in a lifetime opportunity. I'm just glad I had this once in a lifetime attorney. His fee was very reasonable and I would recommend him to anyone!
This review is from a person who hired this attorney.
Hired attorney

Hello all! I had a run in with the law in 2013 in a small county of Indiana. I believed fervently, that the decisions I made that day would be understandable based on the scenario I with all honesty provided to the authorities. However, I quickly found out that in particular small towns, minorities, regardless of the facts, are not always given the same legal courtesies as others. Nonetheless, I took responsibility for my actions in the matter and successfully went through the process. I have to be honest and say, I cried many nights asking myself "how did I get here?" I considered myself a person of great character and also a person who believed in the law, however, I simply didn't feel confident that the outcomes would be in my favor. After going through all that was requested of me through the courts, I looked forward to filing a petition of expungement. I, being from out of state, called a total of 4 attorney's , asked a few questions about the process/law on expungements, and was looking to see if they would somewhat provide just a little peace of mind through their explanations or spills. To say the least, I didn't feel comfortable with either of them. One attorney seemed to be more interested in money before conversing, while another seemed not as prepared, sharing that he needed to research the new expungement laws of Indiana, because as he said, "they are ever changing," which was definitely not what I needed to hear. My final call was to Attorney A. Avnet. Within the first 10 seconds, I found him to be extremely knowledgeable about my specific issue, kind, and available. He explained to me in terms that I could understand, what the expungement process would involve, and gave the appropriate timeframe in which to file and how long it generally takes for courts to respond. He verified my information, explained in detail what he could do exactly, and then gave his fee, which seemed very straight forward, and frankly was the peace I needed. When it was time to apply for a "mandatory expungement," we were met with resistance from the prosecutor, in fact, the prosecutor, flat out denied the petition, which shocked us all. Attorney Avnet, jumped on this issue immediately! He filed another petition, citing previous cases supporting our case, and ending his petition by asking the courts " how can we as attorneys deny laws that are mandatory?" He expressed that though we all may have personal feelings on a situation, the laws of the State of Indiana should apply to everyone, in all circumstances, be it a great outcome or not. The prosecutor rescinded his objection, and the court within days, granted the petition. Frankly, I cannot thank Mr. Avnet enough for his diligence with me. I strongly believe that without his help, the results would not have been the same, or at least, there would have been many delays. I highly recommend Mr. Avnet, because he's fair, he's competent, and most of all, he's communicable! If you've ever been in a legal battle, nothing, and I do mean nothing, is worse, then having an attorney who you can't communicate with. Thank you Attorney Avnet, for restoring my faith in our judicial system, and giving me another chance to live a life without a criminal record!
This review is from a person who hired this attorney.
Hired attorney

Mr. Avnet is a fantastic lawyer. He is very professional, easy to talk to, quick to take action, and very knowledgable. He answers questions in detail and provides clarification if needed. He is also very efficient (within 24 hours) in getting errors resolved in my case that would have caused me problems down the road. Highly recommended!
This review is from a person who hired this attorney.
Hired attorney

Mr. Aryeh Avnet went over and beyond for me in my case. I would refer Mr. Avnet to my closest family members. I have never met a lawyer that cares about his clients, like Mr. Avnet.
This review is from a person who hired this attorney.
Hired attorney

Ary helped me resolve a case quickly. Smooth service and communication. Recommend
This review is from a person who hired this attorney.
Hired attorney

Ary was professional throughout the entirety of my case. His thorough knowledge of law helped to answer any question I may have had, and he was quick to reply back to all calls and emails. I would definitely recommend him to anyone in need.
This review is from a person who hired this attorney.
Hired attorney

We were referred to Ary through another Attorney and we were very satisfied. Ary was very helpful in providing us information on all the questions we had and he worked with me beforehand to get agenda for the meeting ready, so it was as efficient as possible. I love that!
This review is from a potential client who consulted with this attorney.
Consulted attorney

Mr. Avnet was very helpful in my criminal case. He did a great job of keeping me updated on all aspects of my case. He was always readily available to answer any questions I had. I would highly recommend Mr. Avnet for any of you legal needs.
This review is from a person who hired this attorney.
Hired attorney

Aryeh treated us like we were his only clients.Advised us every step of the way and kept us informed about everything. He’s a great guy and I’d Highly recommend him. Super nice man.
This review is from a person who hired this attorney.
Hired attorney

Mr. Avnet is a highly skilled attorney dedicated to the needs of his clients. I never hesitate to refer potential clients to him, as I know they are in great hands.