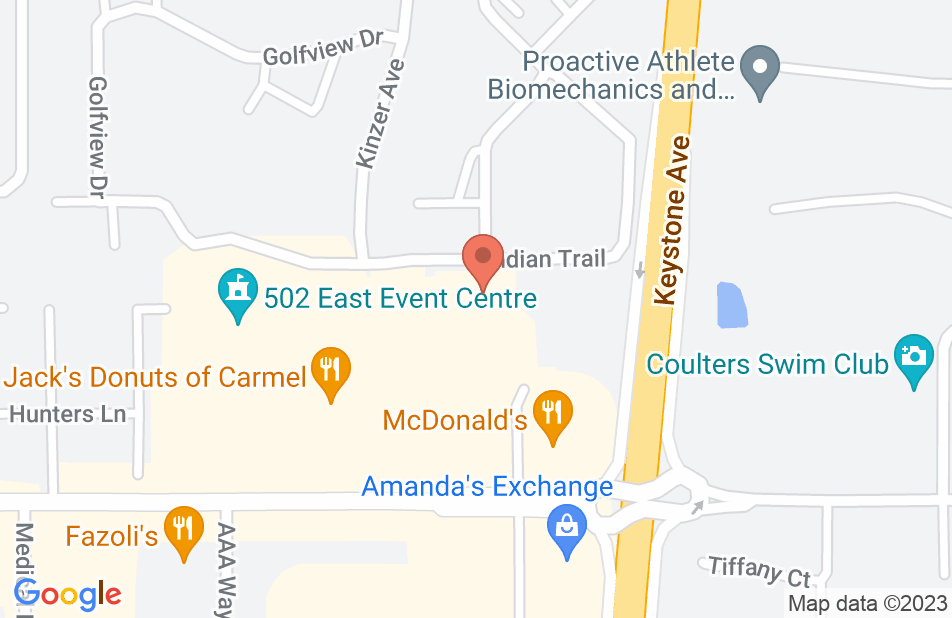 I was falsely accused in Clinton County of attempted murder, aggravated battery, confinement , and other charges. I am from Pulaski County. Mr. Cook got the attempted murder count dismissed before trial. We went to trial on the remaining, serious felony charges. It was 3 days of Cook putting the hammer to the State with a chief deputy prosecutor that had never lost a case to my understanding. Cook cross examined the witnesses like a charging bull. We won with NOT GUILTY on all counts. Several jurors found us outside afterwards, hugged us, and asked where I found my attorney. Awesome outcome!
This review is from a person who hired this attorney.
Hired attorney

I saw Attorney Bryan Cook hammer a Special Prosecutor in a case where he represented a former Indiana State Trooper & elected Pulaski County Sheriff. Cook won it all. I knew I had to hire him to help my son who had been given what I view as bad legal advise from a Jasper County attorney. My son was wrongfully convicted of a major felony sex offense & put on lifetime registration. Cook did a PCR, had a trial & methodically tore apart the State's case in Jasper County. It was clear the judge & even the Deputy Prosecutor respected him. Ultimately, Cook got the State to agree to vacate the conviction & undo the lifetime registration. He worked hard on this very complicated case. He kept us informed & has a court room demeanor that really is fun to watch. At times he is humorous, at times aggressive & at all times he knows more about the facts & law than anyone in the courtroom. Juries love him too! I don't know what we would have done without him - way better than any attorney I've ever hired or watched!!
This review is from a person who hired this attorney.
Hired attorney

Best attorney in the entire region.

I was unfairly charged in Hamilton county with 3 battery counts and the State was resisting giving me a diversion agreement. Mr. Cook found a case that required that an alleged victim cant veto a diversion agreement as the sole basis of denial. He fought for me on and on and on. He pointed out to the State several felonies committed by one alleged victim on video from the scene. . . Because of his efforts my entire case will be dismissed. I really appreciate how aggressive he was defending me. I highly recommend him!
This review is from a person who hired this attorney.
Hired attorney

Because of my past repeat dui convictions , i had 10 days mandatory jail time in a marion county ovwi case . Attorney Bryan Cook thought outside the box— he got me approved to do my time in another county’s work release instead of the horrible Marion County Jail. I cant thank him enough, and its my understanding my case is a first for anyone in these circumstances. Thanks you Attorney Bryan Cook for working hard, speaking up for me in court and caring!!!!!
This review is from a person who hired this attorney.
Hired attorney

I was facing mandatory jail time in a dui case . Attorney Cook filed a motion to suppress evidence challenging the stop. He went after the cop for changing his story-- used his words against him-- quoted an appellate case to the judge that he had won 17 years ago under not totally similar circumstances but logical legal comparisons. The judge threw out all of the evidence, including a blood draw that the State alleged was 2.5 times the legal limit. Case was dismissed. Ive never seen a lawyer this honest, smooth, likeable to everyone, and on top of his game. In fact, i saw him beat a search warrant for another of his clients on a blood draw on a day i had a pretrial conference on my case. He is like a lawyer you see in a movie. Really.
This review is from a person who hired this attorney.
Hired attorney

I served my State as a Indiana State Trooper for twenty-seven years. I was elected twice as Sheriff of my county. Shortly after leaving office, I was investigated by the new Sheriff, State Police, and State Board of Accounts for inappropriate criminal allegations involving misconduct and theft from my former position as Sheriff. I was shocked and humiliated by the press and my former career, law enforcement. I obtained the services of Attorney Bryan Cook, a long time friend. Mr. Cook fought like a pit-bull for five years, the length of time this case took to come to a jury eventually. He never gave up on me or the truth. I was forced to set during a three day jury trial as a ex-police officer. The Special Prosecutor tried to wreck my life, accomplishments, and legacy as a dedicated Trooper and Sheriff. Bryan went up against them with a legal sledge-hammer, and we totally Won, NOT GUILTY on all counts. Even the jury members told me later, what a shame they put you and your wife through all these years. I can't think of a better lawyer in the entire State of Indiana, than Mr. Bryan L. Cook. 1
This review is from a person who hired this attorney.
Hired attorney

He does his due diligence and goes the extra mile

I endorse Attorney, Bryan Cook for the highest recommendation. I was facing two OWI related charges in Hamilton County under unique circumstances. I consulted with multiple attorneys and selected Bryan based on his advanced knowledge of the law and the inner workings of the Hamilton Country Judicial System. He does his due diligence to utilize all the details of your case and leverages his in-depth understanding of Indiana State laws for the best possible outcome in your case, drivers license suspension, and probation. He is a direct and responsive communicator who ensures you understand the worst possible outcome, the best possible outcome, and what he thinks he is able to achieve on your behalf. Bryan delivered on what he said and then some.
This review is from a person who hired this attorney.
Hired attorney

Brian is everything I wanted in a lawyer.

Bryan is aggressive, which I consider an asset. He worked tirelessly and gave me the best representation possible. He is prompt and attentive to client questions and concerns, and we were both pleased with the final result, which is the ultimate consideration.
This review is from a person who hired this attorney.
Hired attorney

Bryan Cook, is responsible for the best lawyer experience I've ever had. He reviewed my issues with professionalism and class and put himself out there 100% to fight for me. I know he can be trusted to do the same for anyone who's smart enough to hire him. He saved me a mound of money with his sound advice and past experience. I'd recommend him as a guiding light for any predicament you might find yourself in.
This review is from a person who hired this attorney.
Hired attorney

Bryan exceeded expectations. He gives you his word that he will fight for you to the best of his ability and does exactly that. If he lived closer I'd recommend Bryan for any legal matter. You get what you pay for and Mr. Cook exceeds expectations in all aspects of representing his client in the court room and all legal matters. I'd recommend him to anyone.
See all reviews

I endorse this lawyer. Bryan delivers high energy, superior advocacy, and passion when he represents and presents a case at trial.

I endorse Bryan Lee Cook because he is knowledgable, aggressive, and fights hard for his clients. Bryan is an experienced trial attorney and uses trial tactics effectively in the courtroom. Bryan is capable of handling any criminal case whether State or Federal.

Brian is sharp, attentive, and works hard for his clients.