As a former District Director of the US Immigration and Naturalization Service (INS) and combined with his experience as a practicing attorney Bob brings over 40 years of immigration experience with him. He began his career in 1972 with the INS as a Criminal Investigator (Special Agent) based in New York City. In 1978 Bob was promoted to deputy Chief of Investigations at the agency’s headquarters in Washington, DC. While working as deputy Chief of Investigations Bob headed up the planning efforts for the Immigration Reform and Control Act, and as part of the planning effort Bob designed the first I-9 form and wrote the implementing regulations for ‘Employer Sanctions’.

In 1982 Bob was named deputy District Director at Cleveland and in 1986 Bob was appointed District Director. In 1992 Bob was elected as the Chair of the Immigration Director’s association a position he held until his retirement from public service in 1999. In addition to managing one of the INS thirty three districts and acting Eastern Region Director, Bob had a key role in several INS activities including the resettlement of Vietnamese refugees, Immigration Reform and Control Act employer sanctions coordinator, Caribbean Interdiction and Asylum officer and special advisor to the Commissioner on Equal Employment. 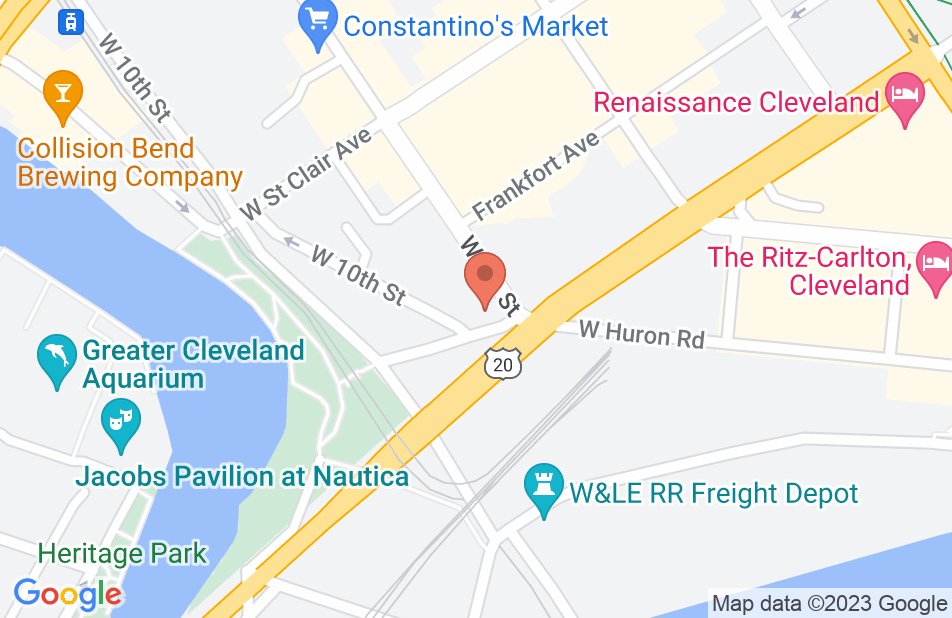 We needed help with an immigration issue. I cannot imagine anyone being more knowledgable than Robert Brown. He not only gave us the basic information we needed but added extra insights from his years of experience in the field. He then followed up with multiple calls to make sure our situation was resolved. He is was respectful and easy to communicate with. I give him the highest recommendation possible. Thanks, Robert
This review is from a person who hired this attorney.
Hired attorney

We hired Robert to assist us with our immigration case. He went above and beyond for us, and even now, he still answers our questions and concerns via email. Highly recommended!
This review is from a person who hired this attorney.
Hired attorney

Understand my issue and address immediately! It is a small question, but most others simply ignore or try not to provide free answers.
This review is from a potential client who consulted with this attorney.
Consulted attorney

very kind and professional, I appreciate his understanding of our situation.
This review is from a potential client who consulted with this attorney.
Consulted attorney

Gave good info.
This review is from a potential client who consulted with this attorney.
Consulted attorney

Robert helped me a lot with a very useful information/updates.
This review is from a potential client who consulted with this attorney.
Consulted attorney

I'm from Russia. And I have a difficult situation. I did not know how to solve it. The lawyer Robert Louis Brown, helped me a lot. He gave me a lot of useful information. Thank you! Many thanks!
This review is from a potential client who consulted with this attorney.
Consulted attorney

Can't believe I got my visa! Hired Attorney Rish Ozza to handle my case. His response from the beginning was very professional. He work hand in hand with Kristen her secretary, the minute you call or write an email they respond so quickly and very profession. They encouraged me even when I had given up. Its the best firm to trust your case. If they handled my case I am sure they can do a good job with any other case. I will for sure recommend Attorney Rish to any body and will use him to handle any other related case in the future. KUDOS to you Rish and Kristen, keep on the good work. I am so impressed, can't stop to smile when I look at my visa. I am proud to call you my Attorney!!!
This review is from a person who hired this attorney.
Hired attorney

I hired R B LLC for my complicated immigration issue. Just to cut a long story short, Mere words cannot express how my heart stand anytime this firm's name is mentioned. Attorney Rishi P Oza, awesome is not the word. Kristen, Katie and the entire staff, it will be out of place if I don't say Thank you. Thank you for your phone calls, attention to details, quick responds to emails and your professionalism.
This review is from a person who hired this attorney.
Hired attorney

My fiance wrote to him seeking clarity on our AOS, he responded timely and his recommendations were excellent. His rates are also affordable with payment plan if you so desire. We will definitely be calling him and working with him.
This review is from a potential client who consulted with this attorney.
Consulted attorney
See all reviews

(81)
Are you an attorney? Endorse this lawyer

I endorse this lawyer. Attorney Brown and his associates are preeminent immigration lawyers in Ohio.

Robert Brown is an exceptionally talented immigration attorney. He is highly skilled in all U.S. immigration matters and is well-respected by his colleagues and other members of the community. I endorse this lawyer.

I endorse this lawyer. Mr. Brown is attentive, knowledgable and a zealous advocate for his clients.

I endorse this lawyer. He is well respected by his peers and highly praised by his clients.

A brilliant, trustworthy and highly respected attorney in the legal community. I wholeheartedly recommend Robert Louis Brown to anyone looking for an attorney who knows the law and truly cares about protecting the rights of his clients and getting them the most favorable result possible.

Robert Louis Brown gives all of his clients the tenacious defense that has earned him a reputation of being one of the very best immigration lawyers in the country. I would not hesitate to refer a client to him.

I endorse this lawyer. I have read many of the responses to inquiries given by this attorney. I can say that he gives solid advice. Robert Louis Brown is very knowledgeable and an aggressive advocate for his clients.

I wholeheartedly endorse this lawyer. Mr. Brown is a well-regarded and driven attorney who has provided exceptional legal representation to numerous clients throughout the U.S. With his extensive knowledge, broad experience and impressive professional skills, he is bound to invest his time and energy into achieving the best outcome for each case, regardless of its level of complexity.

Bob is an asset to the legal community and his clients. Bob has my endorsement!

Mr. Robert is a highly skilled, diligent and knowledgeable attorney who is well-known in the legal community for his outstanding professionalism. He was able to obtain satisfactory results even for clients whose cases were incredibly difficult by dedicating his time and effort to achieve the best results. I certainly endorse this lawyer and have no doubt he will be of great help to anyone seeking legal advice or representation within his main areas of practice.

If your an immigrant nothing more important exists then having the best immigration lawyer on your side. Attorney Robert L. Brown has been recognized by his peers as one of America's Top Lawyers so you can be assured that he will get you the best results. I endorse him.

I endorse this lawyer. Mr. Brown is a very knowledgeable and effective attorney for his clients.

Over the past five decades, Attorney Robert ("Bob") Brown has acquired incomparable expertise in U.S. immigration law and has dedicated his career to providing excellent and comprehensive legal services. Attorney Brown is an ideal advocate, as his perspective and understanding of U.S. immigration law is shaped by the diversity of his experience, ranging from INS Special Agent, District Director, and now, Managing Partner of a growing and well-respected private practice. Bob is gifted at identifying creative solutions and legal strategies, as it seems like he's seen it all. Attorney Brown is an exceptional practitioner and I can offer only the highest recommendation.