Chad is a partner at the law firm of Williams DeClark & Tuschman Co., L.P.A. Mr. Tuschman has lectured extensively in the areas of medical malpractice, personal injury and trial litigation practice. Mr. Tuschman earned his B.S. degree from Indiana University in 1992 and his J.D. from the University of Toledo in 1995. He is admitted to practice in the States of Ohio, Michigan and Illinois as well as before the United States Court of Appeals for Sixth District, The United States District Courts for the Northern District of Ohio, Eastern and Western Districts of Michigan and Northern District of Illinois.

He is a member of the Toledo Bar Association, the Ohio Association for Justice and American Association for Justice. Mr. Tuschman has been honored by invitation in the National Trial Lawyers, receiving the award for Top 100 Trial Lawyers in 2011, 2012 and 2013. He was also honored with the National Trial Lawyers Top 40 under 40 award in the State of Ohio. He was chosen as a Super Lawyer Rising Star. Williams, DeClark & Tuschman Co., L.P.A. has been chosen by U.S. News as one of the Best Law Firms in America since 2011. Mr. Tuschman is also a member of the Million Dollar Advocates Forum, and a member of the Morrison R. Waite Chapter of American Inns of Court. He has served on the board of the Ohio Academy of Justice, serving as Vice Chairman of Product Liability Committee, the President of the University of Toledo Alumni Board, a board member of the Toledo Bar Association Grievance Committee, as well as serving on committees to include, Common Pleas and Media Relations. He has recently been appointed as the Chair of the Ethics Committee of the Toledo Bar Association. Mr. Tuschman has achieved numerous multi million dollar verdicts and settlements in the field of medical malpractice and personal injury litigation within the multiple states that the law firm handles cases. 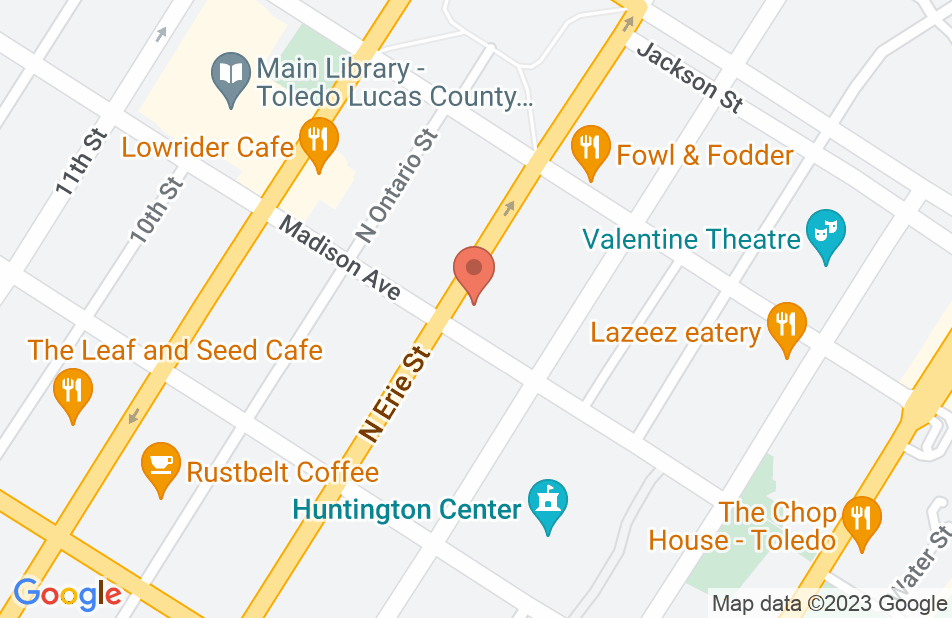 We hired Mr. Tuschman's firm after the death of my brother. Chad explained the process every step of the way and was always available to answer my questions. He always responded to my emails and phone messages in a timely manner. I was always treated in a professional manner when dealing with Mr. Tuschman and his firm. I would not hesitate to hire Mr. Tuschman should the need ever arise.
This review is from a person who hired this attorney.
Hired attorney

Mr. Tuschman is the guy you want/need in your corner. No nonsense. Great communicator and kept me in the loop from initial consultation till the end. True professional.
This review is from a person who hired this attorney.
Hired attorney

Very Professional but yet down to earth
This review is from a person who hired this attorney.
Hired attorney

I spoked to him over the phone 0n nov. 1 2017 he was very rude unprofessional he didn't let me finish my subject ,i don't recommend hem .
This review is from a potential client who consulted with this attorney.
Consulted attorney
Chad Tuschman's response: Unfortunately, the caller could not take the answer no.

Chad is as good a civil litigator as they come. He has the highest level of professionalism, and experience, in medical malpractice, along with other tort claims. He has top level trial experience, and the jury verdicts and settlements to prove it. Strongly recommend.