Eric maintains a sense of humor while practicing law and serving as Gibson County Commissioner for Medina in District 1, Position 2.  He enjoys languages, gardening, playing and singing music.  Eric received his license to practice in 2008 and worked with a legal aid firm for a year before starting his private practice. He was admitted to practice in the U.S. District (federal) Court in 2010 and to the U.S. Bankruptcy Court in 2012, although he no longer practices bankruptcy. James "Jimmy" Senter, III, is Of Counsel to the Egbert Law Office which moved to Trenton in 2019. Eric taught adjunct for UT Martin in 2012, served on his HOA board as president and other roles. He serves on the board of directors for the Exchange Club Carl Perkins Center for the Prevention of Child Abuse and KontaktMissionUSA, a missionary organization headquartered in Germany.  He has a wonderful wife, Lauren, and a blended family of 5, two daughters and three step-daughters that keep him busy. Eric is an amateur history buff and an avid fisherman. 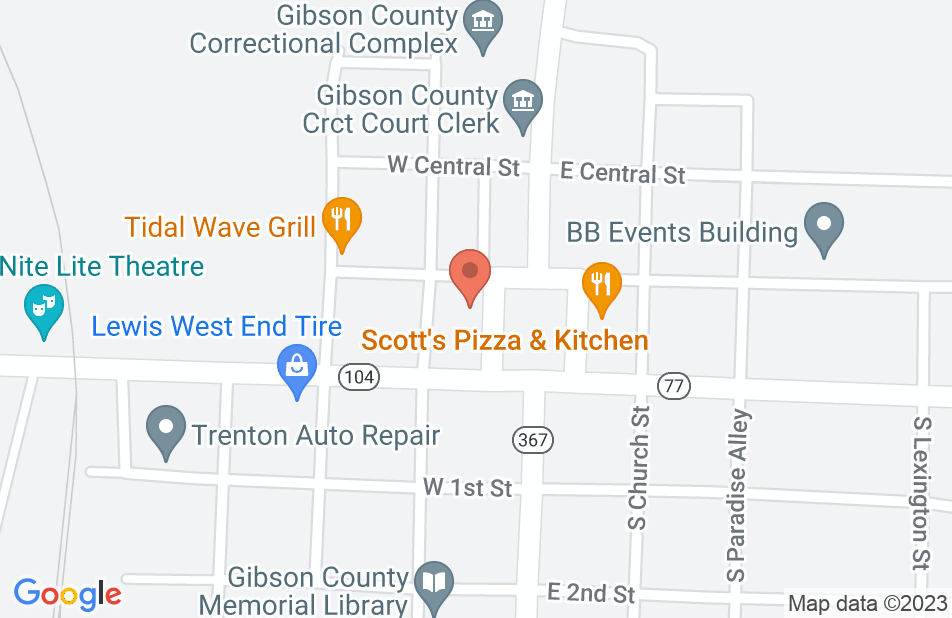 Eric volunteered his time to assist our non profit agency in this matter. It required much of his time as the case was reset multiple times. Eric kept us informed throughout the process. He is very personable and professional. The motion went in our favor because of his diligence.

CEO of Carl Perkins center reviewing Eric's work on case for the Center.

Eric was very well informed about the case. He did his research and was prepared for court. He represented the center well and kept us updated as to each step of the development of the case. The outcome was what we had hoped for in this situation. He did a fabulous job. I would highly recommend him. He goes above and beyond for his clients. Honest and trustworthy.

After being recently widowed I found myself involved in a civil suit with a bank over a credit card debt which I had never signed the application. I selected Eric Egbert based on a suggestion of a lawyer friend. I found Eric very easy to talk with. He kept me informed and never failed to return my phone calls. WE WON!

I have both worked with and against Mr. Egbert in litigation matters. I have also observed him and the way he treats others and cares for his clients. Eric is a very good attorney and represents his clients with respect and zeal.