Give me a call, and I'll listen and help in any way I can.

I've been practicing law in Northeast Tennessee for fifteen years.  I live in Unicoi County with my wife Stephanie, a veterinarian, and sons Luke and Heath.  I served as a combat engineer in the United States Marine Corps Reserves from 1998-2004 and enjoy sports, hiking/backpacking, movies and travelling with my family.  I'm also an environmentalist, and I believe our country should guarantee healthcare to all its citizens and put far fewer people in jails and prisons.  I represent clients from all walks of life and I don't discriminate based on race, gender, socioeconomic class, sexual orientation, or any other parameter.  TALK TO ME whenever you want, via phone call or text, to schedule an appointment or simply discuss you legal matter.  If I don't know the answer to your question, I'll at least point you in the right direction. 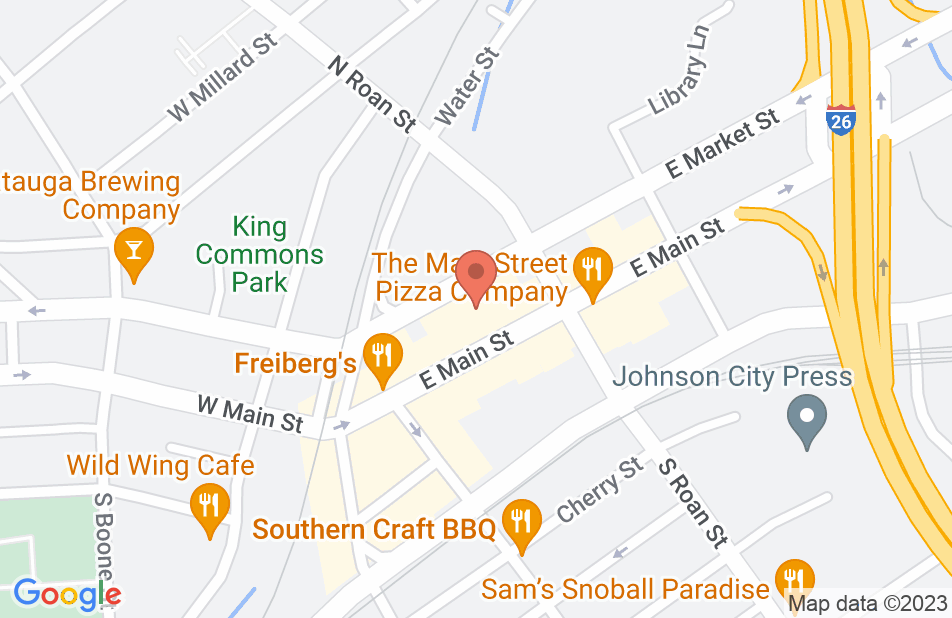 Patrick Denton is very knowledgeable in his field. He truly cared about my situation and exceeded my personal and legal needs. He was easy to get in touch with and responded quickly. My outcome was very successful. He was highly recommended to me by a friend and I am grateful that I chose him as my attorney.
This review is from a person who hired this attorney.
Hired attorney

THE LAWYER TO HAVE REPRESENTING YOU!!!

This is the lawyer that you want if you’re charged with a crime or you’re being treated unfairly. Before I hired him, I called several other lawyers. One was inexperienced and had never had a jury trial. Another one told me my case couldn’t be won. The third one said his firm (probably the most well known lawyer in Kingsport) would take the case and even worked with me on payment, but just didn’t seem like he listened to me enough for me to be comfortable with him. Mr. Denton listened to me, was personable and easy to talk to. He doesn’t put on airs like some of them. I asked around about his experience and skill in court— everyone I talked IN THE SYSTEM was very positive about him. If you talk to anybody in the tri cities who’s paid attention to criminal lawyers in the last ten years, his name will come up as one of the better ones at juries. That reputation is well deserved. I have to admit, I wasn’t sure until we actually had the jury trial. His preparedness was more than obvious throughout the trial. In my case, we went to trial because my ex accused me of breaking into her house and beating her up. It was a complete fabrication she made up to keep me away from my child. Mr. Denton tore her story apart on the witness stand piece by piece, until, by the end of it, I could just tell, sitting there in that courtroom, that there was no way the jury would convict me. And they didn’t. I was still scared to death until they said ‘not guilty’ on all charges. We had heard he was good in court, but I don’t think me or my step dad really expected him to be able to make the officer and my ex look as bad as he did. Experience in the courtroom matters. I would hire Mr. Denton over anybody, and you should too if you do the homework on him. He was in the Marines, and that mentality and discipline shines in the courtroom! Oorah, is the battle cry of the marines since the mid 20th century. He went to battle for me and will do the same for you!! That’s what you want in an attorney. Patrick's fees are reasonable, not the lowest but definitely not the highest as a couple that I inquired about. I had a buddy who got a DUI not long after this happened to me. He paid a lawyer that had never gone to trial $6,000 just for the guy to turn around and tell him to plead guilty after a few months. There’s a lot of that around here. Not once did he try to get me to plead guilty. My friend now wishes he had gotten a real lawyer such as Patrick Denton. The main thing that you have to do is make sure your lawyer has trial experience. Mr. Denton has a proven track record of success. I can’t recommend this lawyer highly enough.
This review is from a person who hired this attorney.
Hired attorney

Professional, proficient, intelligent & gets YOU justice

I have had Mr. Denton assist me on 5 criminal defenses and 1 civil offense. He is an attorney "for the people" -both understanding & non judgemental of charges. I see Atty Denton as a prominent figure & very influential while in the courtroom. He is not only keen on defendant's rights, he is profoundly perceptive & has always been very reasonable in cost for outcomes I have received. I refer him to my friends and family if there is ever mention of attorney retention for criminal or civil action.
This review is from a person who hired this attorney.
Hired attorney

Patrick is a very thorough lawyer who asks all the right questions, and puts in the time and leg work to make sure that you are getting the most fair treatment during your dealings with your case. We ran into several issues with my DUI case in Sullivan County, TN ranging from missing paper work in my court file, to lack of signature on vital paper work, as well as the missing video of my field-sobriety test. Mr. Denton spent the time researching similar cases where similar issues had occurred, allowing for us to ask for the best outcome possible for me, the client. Also, not only did he demonstrate experience and foresight in the field, he also was very attentive, willing to answer any questions I had, was professional in dealing with scheduling, and treated me with respect.
This review is from a person who hired this attorney.
Hired attorney

He saved my future!!!

I received a drug citation when stopped at a road block for a drivers license check. If convicted of this crime I would not be able to continue pursuing my dream or finish school for that matter. Patrick Denton is determined and hard working. I knew from the moment I first walked into his office that he was the lawyer for me. My expectations were met beyond belief. Patrick Denton was able to get my case dismissed. Patrick Denton has great tactics and skill. He is a one of a kind lawyer and defiantly the man to go to if you find yourself in a situation!
This review is from a person who hired this attorney.
Hired attorney

Patrick represented my son on a criminal case and did outstanding work.He worked very hard for him and it clearly showed by his performance in the courtroom.Very knowledgeable about laws and argued my case very well.Not afraid to speak up when the need arises and we received a good outcome thanks to his hard work.Very intelligient and professional.
This review is from a person who hired this attorney.
Hired attorney

The first time being in involved in the criminal justice system can be intimidating, confusing, and downright frightening. That's why it's of great importance to find an attorney that knows the law, will explain your options thoroughly, and will devote the time that you deserve on your case. Patrick Denton far exceeded my expectations and walked me through the entire process with great professionalism. Throughout, he was attentive to all of my questions and genuinely cared about getting the best outcome in my case. While I'm certain he had plenty of other cases to attend to, I felt like whenever we discussed my case, that I was getting the complete and undivided attention of Mr. Denton. He's not afraid to take on difficult matters head-on and even try approaches that I feel others may overlook. At the end of my ordeal, he was able to find a satisfactory conclusion and the matter was dismissed. I highly recommend this attorney. His prices are reasonable and for what I paid, I felt I got a great deal more than what I would have gotten elsewhere at a greater cost. Too many attorneys today feel that the best approach is the negotiation table (and sometimes it is, I'm sure) but Patrick Denton will fight for you all the way through if possible.
This review is from a potential client who consulted with this attorney.
Consulted attorney

Mr. Denton went above and beyond my expectations. He is very knowledgable about Criminal Law. He took the extra time and effort to prepare for court. Not only is he personable and professional, but he was able to get my charges reduced due to his diligence in preparing my case. A million thank-yous and God bless!!

I was facing 3 felonies. This man helped me get all of them dropped. He was a bit expensive, but it was well worth it the once I left the court room.

I had got in some trouble with my brother and Denton was my public defender. Well it has gone to trail and I have hired him to take me case and I can say hes a great lawyer and doing every thing he can to help me. He isnt over priced and wanting to charge me an arm and leg.
See all reviews

Patrick is an extremely knowledgeable attorney who will fight for his clients. I endorse Patrick Denton.

I have had the privilege of working alongside Mr. Denton and have been impressed by his understanding and expertise in the field of criminal defense. Mr. Denton is a hard working and thoughtful attorney who zealously represents his clients.