While Bryan Hoss concentrates his practice in the areas of federal criminal defense in Tennessee & Georgia and state court criminal cases in Tennessee and Georgia. Bryan appears frequently in the Sixth Circuit Court of Appeals in Cincinnatti, Ohio for our appellate clients.

Mr. Hoss also represents civil clients including those who have been seriously injured or wrongfully terminated from their job. Whether an injury is from a car wreck, a trucking accident or e-coli poisoning, or whether the client has been retaliated or discriminated against based upon their age, sex or gender, Mr. Hoss has the experience and skills to bring about a successful resolution to any civil claim.

Mr. Hoss also represents law enforcement officers of the Fraternal Order of Police and the Police Benevolent Association who have been either disciplined by their Department or find themselves named as a Defendant in a civil rights case. Over the last ten (15) years, you will find that Mr. Hoss has been dispatched to multiple shooting scenes and has successfully defended those police officers who were defending the good citizens of Hamilton County.

Any good trial lawyer must have experience on the appellate level. Mr. Hoss routinely represents clients in both civil and criminal cases pending appeal before the Tennessee Court of Appeals, the Tennessee Supreme Court, the Sixth Circuit Court of Appeals and the United States Supreme Court. He has routinely argued cases on behalf of his clients and has the experience to prepare your case for any appeal.

Prior to law school, Mr. Hoss worked in the Hamilton County District Attorney’s office assisting various prosecutors with major felony cases. He worked on over a dozen homicide trials in the Hamilton County courts including the infamous Signal Mountain Murder case. After graduating with a law degree from the University of Memphis, he joined Davis & Wallace, P.C. in 2001. Within a few short months, Mr. Hoss tried jury trials in both Hamilton County Criminal Court and in the United States District Court in Chattanooga. And, he has been trying cases ever since. Bryan Hoss has represented hundreds of individuals charged with criminal offenses in Tennessee, Georgia and across the Southeast. He has been lead counsel in Federal Courts across Tennessee, Georgia and New York. He has tried cases in all of those courts including a multi-week jury trial in the United States District Court for the Southern District of New York.

Mr. Hoss is a partner of Davis & Hoss, PC He is currently licensed in Tennessee, Georgia as well as Federal Courts across Tennessee and Georgia.

After attending The McCallie School, Mr. Hoss graduated in 1997 from Denison University in Granville, Ohio with two degrees, a B.A. in English and a B.A. in History. After taking a year off to work in the Hamilton County District Attorney’s Office, he received his J.D. from the University of Memphis. Mr. Hoss teaches Criminal Law as an adjunct professor at the University of Tennessee at Chattanooga.

While at the University of Memphis, Mr. Hoss received the award of Merit for Outstanding Trial Advocacy at the National Trial Competition in 2001. He also received the Professor Joe A. Moore Award for his outstanding achievements emphasizing oral advocacy and was a member of the Moot Court Board. Presently, Mr. Hoss is a member of the National Association of Criminal Defense Attorneys. 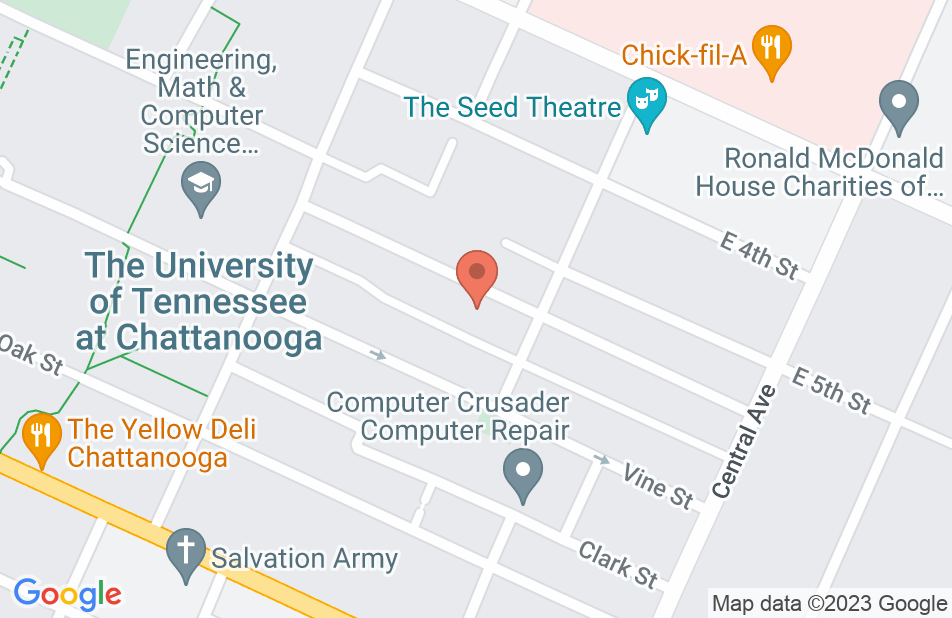 Right from the start Bryan explained every possible defense we could attempt to argue in my case. He picked the strongest and then clearly laid out the timeline for me. He told me exactly when and why he would use particular strategies and never kept me in the dark. He was up front, honest and willing to go to bat for me. If you want an attorney that is knowledgeable, without being patronizing and will work to not just get a good outcome but the best one possible... look no further he's your guy. All charges in my case were dismissed.
This review is from a person who hired this attorney.
Hired attorney

Bryan is a great attorney that will work very hard for you. He was very quick to jump on an issue for me and was resolved quickly as well. I would hire Bryan again and have recommended him many times.
This review is from a person who hired this attorney.
Hired attorney

We hired Brian to represent a family member in what should have been a somewhat simple case. After paying all of his fee up front, we were treated and talked to with a lack of respect that was amazing. He and his firm treated us like we were dogs in the street.They drug the case out for 3 years. They did not communicate effectively, often leaving us to wonder if they were even going to show up. This was by far the worst experience I have ever had with any professional that I have retained. There was nothing about this firm that impressed me, or made me feel that I had made a good choice in retaining them. There are a lot of attorneys in Chattanooga, find one that will treat you with respect!
This review is from a person who hired this attorney.
Hired attorney

Bryan is an excellent attorney. He is attentive, hard-working, genuine, knowledgeable and respected. I would not hesitate to send him a criminal referral.

Bryan Hoss is a terrific lawyer. He is knowledgeable, conscientious and personable. When I was with the US Attorney's Office, I found him to be a dedicated opponent, willing to fight for his clients. Since I entered private practice, I have seen him in state court and he is equally as knowledgeable and effective. I heartily recommend him.

I've know Bryan for fifteen years. I've served as opposing counsel in numerous cases and I've tried a criminal jury matter against him. In all instances, he has advocated vigorously for his clients and their interests while addressing the Court with the utmost respect. He has exceptional knowledge and experience in the criminal court system, allowing him to address his client's needs with equal ease and alacrity in either General Sessions Court or Criminal Court.

I wish I didn't have to pick just one practice area. Bryan Hoss is a fantastic attorney. His attention to detail, work ethic, and overall abilities in the court room make him a solid choice to handle your legal needs.

I highly recommend Bryan Hoss. He is a skilled trial attorney and a strong advocate for his clients.

I endorse this lawyer. Bryan is a highly skilled advocate and trial attorney who is passionate about his work in representing clients.

I endorse Bryan Hoss. He is a tremendous trial lawyer that you and your family can count on. If it is an important case then you need a lawyer who will fight for you. Bryan Hoss is that kind of lawyer.

Brian O'Shaughnessy, Litigation Attorney on May 8, 2012
Relationship: Worked together on matter

When I am handling complex litigation with a subject matter requiring the attention of more than one attorney, Bryan will always be my first call. We have shared several cases, and my clients have benefited greatly from Bryan’s willingness to aggressively advocate at every stage of a case. Bryan Hoss is an excellent attorney I would recommend to anyone.