Practicing in the Chattanooga area since 2010, David is fluent in Criminal, Family, and Bankruptcy law. He also speaks some Russian and French. Armed with a Master's degree in Economics, he can bring the right financial perspectives to legal issues. David graduated from the Chattanooga School for the Arts and Sciences in 1993 and has since spent time living in Annapolis, Santa Fe, Washington, New York, Knoxville, Moscow, and Kyiv.

David is admitted to practice in all state courts of Tennessee and in the U.S. District Court of the Eastern District of Tennessee. 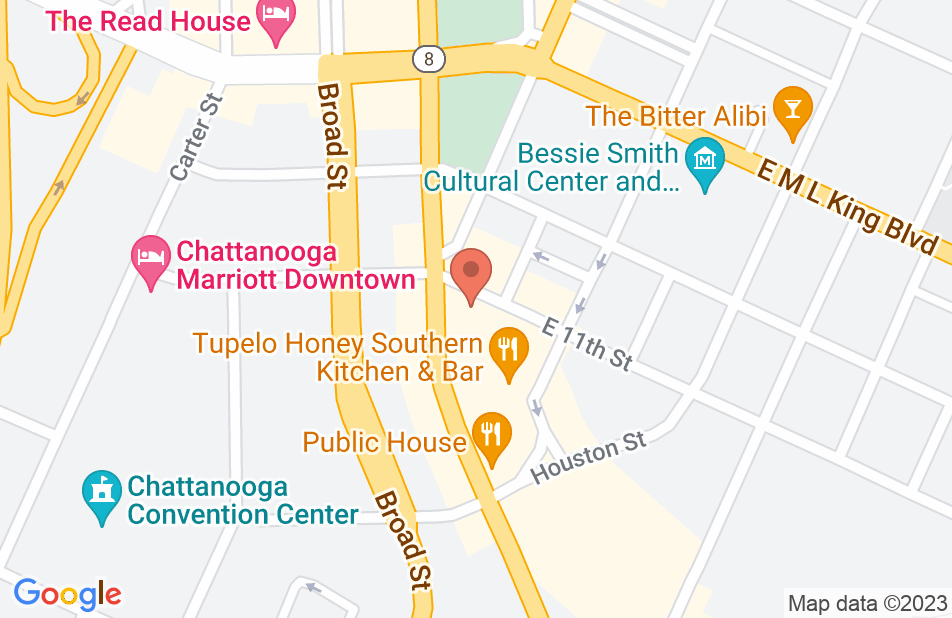 David answered an obscure legal question for me pertaining to something that happened to me at a U.S. Consulate in Europe. He managed to find law relevant to my case, and he proposed a solution for me. David found the answer to my question quickly and easily.
This review is from a person who hired this attorney.
Hired attorney

We would hire him again in a second

My husband and I hired David for a custody dispute over my nephew. He was always kind, answered our questions appropriately, returned calls promptly and explained the complicated juvenile court system to us. I recommend him to all my friends in need of representation. Our case hasn't always gone as we would have liked but not because of David. He has been wonderful to work with and we wouldn't go elsewhere.
This review is from a person who hired this attorney.
Hired attorney
See all reviews

David is an excellent attorney. He has a sharp mind, and he is a skilled litigator in the court room. I endorse him without reservation.

Aaron Chapman, Divorce and separation Attorney on Aug 18, 2016
Relationship: Other

I endorse this lawyer. When I know people who need help in the Chattanooga area, I'm happy to refer them to David.

Mr. Veazey is a respected attorney in the Chattanooga area. I endorse this lawyer Without hesitation!

I have have worked with Mr. Veazey on many occasions. He is an excellent attorney and I would highly recommend his services.

David is a lawyer who cares about his clients and who will go the extra mile to make sure their rights are protected.