A lawyer for the people, fighting to save you and your family from financial ruin.

Judson E. Crump is a consumer rights attorney who specializes in protecting the rights of ordinary people who have been defrauded, are hounded by collection agencies, or whose legal rights have been violated.  Based in Mobile, Alabama, he exclusively represents consumers and working folks who have suffered financial setbacks or have been defrauded, overcharged, abused, and ignored by bad businesses, banks, car dealers, debt collectors, mortgage servicers, credit reporting agencies, and credit card companies.

Mr. Crump graduated from McGill-Toolen Catholic High School, Birmingham-Southern College, and the University of Alabama School of Law.  He is licensed to practice law in all Alabama Courts, the federal courts for the Nothern, Middle, and Southern Districts of Alabama, and the Eleventh Circuit Court of Appeals. He has four children and a garden that takes up the rest of his spare time.  He's a member of Christ the King Catholic Church in Daphne, Alabama. 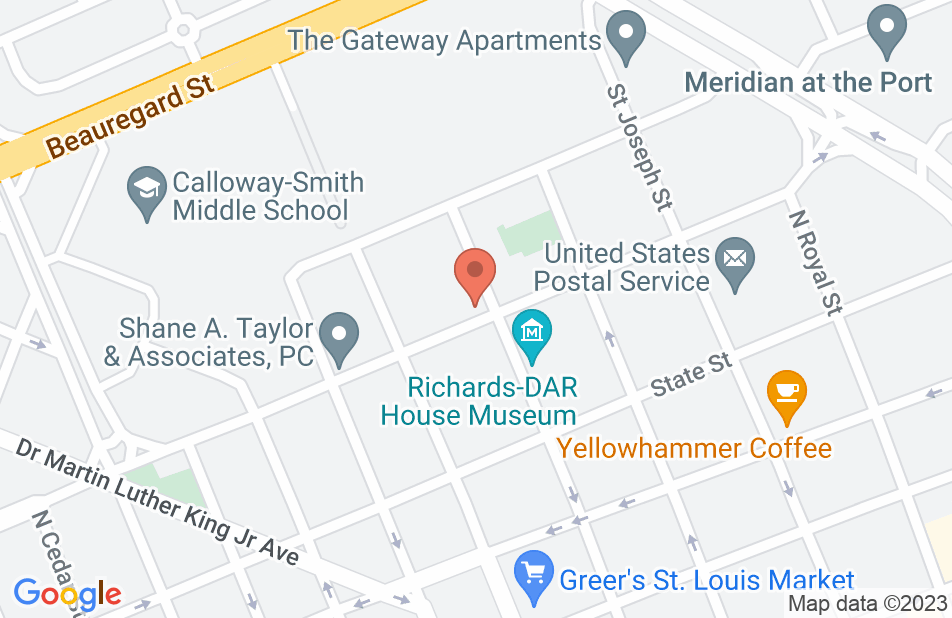 fix a bad car loan for me!

FIrst I'd like to say I would highly recommend this attorney to anyone facing consumer related legal problems. I personally witnessed him handle a cut throat predatorial car lot. and I mean handle them like they were incompetent children. Soon as possible I will b having him do the same with BANK OF AMERICA! WHAT A TRUE ASSIST FOR THE WORKING MAN! I truly appreciate your diligent work MR. CRUMP!!

Mr. Crump settled two judgements totaling $17,000 for less than $10,000. He responded to my emails within minutes. I would not hesitate to give him a call again.
This review is from a person who hired this attorney.
Hired attorney

Mr. Judson Eric Crump gets back to you in a very timely fashion. He represented my wife with her case very comfortably and satisfied through his professionalism. I would highly recommend him to anyone partly due to his tenacious legal defense. His loyalty is breathtaking with spectacular charm to boot. Thank Mr. Crump, you were greatly appreciated.
This review is from a person who hired this attorney.
Hired attorney

I can not say thank you enough. It was about what is right and Mr Crump responded with kindness and patience. He followed up with me on a Saturday and was a pleasure to work with. He is woderful and I wish he handled more areas of law. I would hire him for anything. Many thanks because he handled my $35 issue like it was a $35,000 issue and for that alone, he gets 5 stars in my book. Thank you Thank you and Thank you
This review is from a person who hired this attorney.
Hired attorney

Mr. Judson Crump is a awesome professional lawyer. He won and settled my case against auto vest within 6 months. I'm so happy and blessed to have a loyal lawyer like him. I recommend him to anyone that having problems with lending companies.

Judson Crump is an exceptional lawyer

Mr. Crump is an excellent attorney. I was sued by Autovest for a large sum of money I did not owe. We contacted Mr. Crump and he explained exactly what he was going to do and the process of the entire lawsuit. He handled everything exceptionally well, I did not even have to go to court. He went for me. We could not be happier with the complete dismissal he obtained. A very honest Professional. who does exactly what he says he is going to do. His services are an excellent value. Highly recommend .

Judson E. Crump is the best, he knows what he is doing, answers n return phone calls right back,I got more than I expected from my settlement.I would recommended him to anyone who needs a lawyer. He's nice n polite to his client's, thank you Judson E. Crump

Mr. Crump was able to resolve an issue that was related to my bankruptcy and foreclosure. Mr Crump settled the matter and was even able to obtain a monetary settlement for me. He is professional, but also caring. Bankruptcy, foreclosure and financial difficulties are devastating, but Mr. Crump is able to help a person maintain some dignity during the process.

Attorney Crump helped me challenge my property tax evaluation. He saved me about $500 a year on property taxes. His fees were very reasonable too.

Truly exceptional and professional attorney with an outstanding reputation in the legal field for providing high quality representation and results for his clients! I endorse Mr. Judson

Bradley Green, Bankruptcy and debt Attorney on Jan 5, 2014
Relationship: Worked together on matter

Judson and I used to work for the same firm. I was involved in bringing him to that firm and watched him do an excellent job for our clients day in and day out. Judson is a tremendous advocate for his clients and provides strong and wise advocacy for them.

Timothy McFalls, Bankruptcy and debt Attorney on Apr 11, 2013
Relationship: Worked together on matter

Judson is a top notch bankruptcy and debt relief attorney. He is an advocate for his clients and is creative in finding the best solution for his client. I consider his knowledge in these areas to be of the highest regard.

I am a fellow member of NACA, the National Association of Consumer Advocates. Attorney Crump wrote a very powerful (and readable) book which one can buy on Amazon that even taught me- a professional in the field- some new information - this guy knows his stuff and truly has consumers' best interests in mind.

Stephen Williams, Bankruptcy and debt Attorney on Jul 12, 2011
Relationship: Worked together on matter

I get calls all the time from folks struggling with overly-aggressive and unscrupulous debt collectors. Every time I do, I know I'm going to call Judson to get his take on the situation and how he can help stop the calls and give these folks the fresh start they need. Often, Judson is even able to use the Fair Debt Collections Practices Act to get a money judgment against the collectors! How do you like them apples!