Charged with a crime?? Don't waste time!! Contact me immediately for a free consultation!

I have practiced law in Florida for over 25 years.  I am a former prosecutor and police legal advisor who applies all of my experience to achieve the best results possible for people charged with a crime. I live and work in Ft. Pierce, and will handle all cases from Palm Be County to Indian River County.  Call me at any time; I want to get to work for you!! 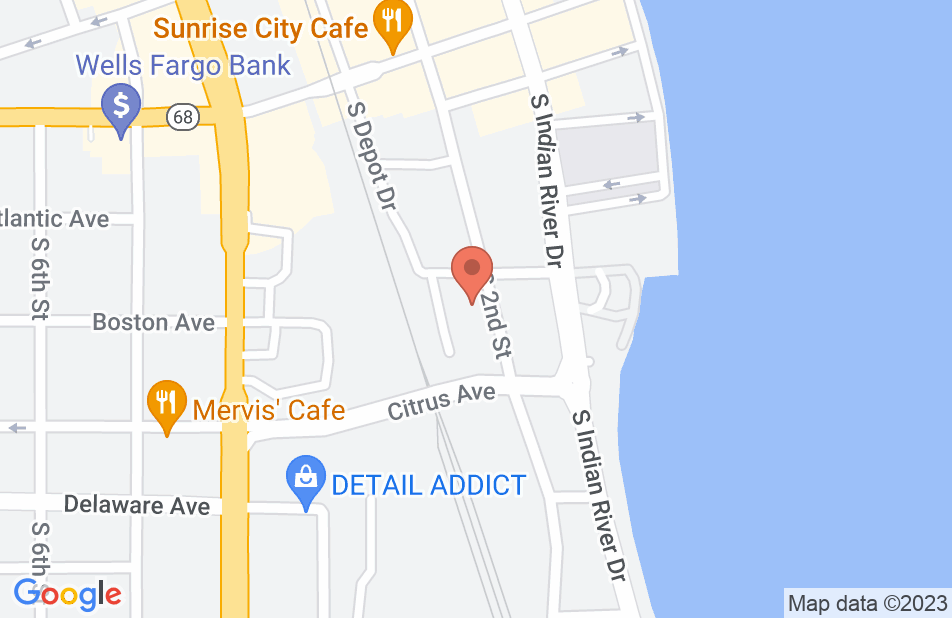 I recently hired Gabrielle as my attorney for my criminal case and couldn't have been more satisfied. Not only was she knowledgeable and professional, she was also very pleasant and always approachable with any questions I had. She was able to settle with a lesser charge, that exceeded my expectations! I could not have been more happy with the outcome of the case and with my decision to hire Gabrielle as my attorney. I highly recommend her to anyone that needs a qualified, professional criminal defense attorney
Gabrielle Radcliffe's response: Hi Casey, in having to respond to the person who has lied about me, I realized that I had not thanked anyone who had actually taken the time to post positive comments. Thank you very much!

Gabrielle is the best lawyer ever!

Gabrielle had my court case moved up 2 weeks and arranged for it to be removed from my record with a small fine. She did this in less than 1 day. I recommend you call her immediately!!!!
This review is from a person who hired this attorney.
Hired attorney

Hiring attorney Radcliffe to represent me was the best decision I ever made! Amazing attorney! She was available to me almost always and if not responded back to me within minutes Her representation in the court room was outstanding. She knew exactly what to ask to get her point across and the truth out. She was brilliant. Throughout this entire ordeal she treated me like a family member and gave me so much peace of mind. Within a few weeks she had my case dismissed. I can't thank her enough. I would highly recommend her.
This review is from a person who hired this attorney.
Hired attorney

State of Florida vs/ David Childers

Attorney Radcliffe did an amazing job negotiating a plea bargain on my behalf. Thank you Gabby. You're a credit to your firm'
This review is from a person who hired this attorney.
Hired attorney
Gabrielle Radcliffe's response: Hello David, in having to respond to the person who has lied about me, I realized that I had not thanked anyone who had actually taken the time to post positive comments. Thank you very much!

She's more than a lawyer, I was treated like a family member. I would recommend her to anyone.
This review is from a person who hired this attorney.
Hired attorney
Gabrielle Radcliffe's response: Hi Romi, in having to respond to the person who has lied about me, I realized that I had not thanked anyone who had actually taken the time to post positive comments. Thank you very much!

A lot of respect and integrity, I had my eye on the ball and gaby was the person to show me the patience and resilience this case took. Always Avilable during the most trying times. Every option is laid out and planned out. It's always the end game that counts fighting anything in court, happy to say case closed.
This review is from a person who hired this attorney.
Hired attorney
Gabrielle Radcliffe's response: Hi Bobby, in having to respond to the person who has lied about me, I realized that I had not thanked anyone who had actually taken the time to post positive comments. Thank you very much!

Gaby is the reason people should always hire an attorney when they've been charged. She is an effective and knowledgeable practitioner who made herself available whenever I had questions or needed direction. She was always thorough, always professional, and a genuinely good person. Case closed.
This review is from a person who hired this attorney.
Hired attorney
Gabrielle Radcliffe's response: Hi Tom, in having to respond to the person who has lied about me, I realized that I had not thanked anyone who had actually taken the time to post positive comments. Thank you very much!

A Canadian in Fort Pierce Charged with 6 Offenses

On March 25, 2016 I was attacked and assaulted by 2 Neighbors in front of my home in Spanish Lakes Golf Village in Fort Pierce after having my hair pulled, slapped and punched in the face the other party hit me 4 times in the head and face with a wooden walking cane, I then started to defend myself before other neighbors separated us. I went home and called the Sheriffs Department I explained the situation I was told to stay in my home until they arrived, when they arrived they took my statement and talked with my witnesses who told them I was attacked I was not the aggressor but the victim but I was arrested and taken to the County Jail where I spent 7 days. I was facing 30 years in prison if I was convicted! The day I hired Gabrielle Radcliffe it was like I had just won the Lottery. Gabrielle went out of her way to make sure my dog was being rehomed until I was released, she also had my bail reduced from $50,000.00 to $25,000.00 that saved me $2,500.00 because I had to pay the Bail Bondsman 10% of my bail. I cannot count how many times she came to the County Jail to meet and update me with where she was in the process of getting me out of Jail. Gabrielle was always positive that reduced the stressful situation I was in. After being released from Prison I drove back to Canada because I also lost my home in Spanish Lakes the people who attacked me lied to the Park Management who evicted me. A few weeks later I received a call from Gabrielle stating all of the charges had been dropped and she offered me a discount on her fee which I declined because she did an excellent job representing me. I found the best Lawyer in Fort Pierce and I would highly recommend her. Russell.W
This review is from a person who hired this attorney.
Hired attorney
Gabrielle Radcliffe's response: Hi Russell, in having to respond to the person who has lied about me, I realized that I had not thanked anyone who had actually taken the time to post positive comments. Thank you very much!

Gabrielle, was hired to help with a probation violation for my fiance. Gabby requested dates from me and stated that she would call me back. I gathered the dates she needed and tried to call her for 3 weeks and she would not return my calls. I left the dates in question with the receptionist and asked that Gabby call me. Gabby called me 10 minutes before the hearing, cursing me out because she did not have the dates she needed for the trial. I also had a medical emergency the morningof the hearing so I was not able to make it to the hearing. She told my fiance that I'm no good for her since I can't show up for the hearing. Gabby told my fiance that she was she was having a terrible day and it's either my fault or the prosecuting attorneys fault because the prosecuting attorneys child was having surgery. All these excuses as to why she would not return my phone calls. She called me a liar and threatened to send the cops after me if for responding to her multiple text about how everything is my fault for having a medical condition. I had to block her number because she kept harassing me, so she started calling from a different number and sending nasty text saying what a pathetic liar I am. I have all these text and the log of the 25 phone calls she made to me within an hour.
This review is from a person who hired this attorney.
Hired attorney
Gabrielle Radcliffe's response: There are two truths to this ridiculous review: 1st, Mr. Heafner is a liar. 2nd, the prosecuting attorney unfortunately did have a baby having surgery (thank God successful!) which only made her unavailable the Friday and Monday before this scheduled plea. My client was in jail for a violation of probation and fortunately we were able to schedule her very quickly in order to get her out of jail, although the final outcome was unknown until the morning of the plea. We were hired after 4pm on 9/26 and I plead her out the morning of 10/8, essentially 7 business days later (so not returning Heafner's call for 3 weeks is impossible). Moreover, I NEVER do not return calls AND our office had no record of his "message" to call him. It was a great morning as fortunately, I was able to resolve her case successfully!! She cried as she thanked me when I told her she would be getting out of jail that same day, and no longer on probation. Lastly, anyone who knows me or who has hired me knows that I would never call someone and curse them out. Mr. Heafner thanked me for resolving the case when I called him immediately after court (when I called before court he told me he had overslept and it was doubtful he could make it for court...which started in 10 minutes.... that's ALL I told my client). Then, hours later he started texting me....from 2 pm to 2:20 A.M. (!!), despite my requests to stop, stating such things as I was a "sorry person" and shouldn't blame others for my "shortcomings". It was truly bizarre. He also texted my partner so many times he had to be blocked. The most curious and worrisome thing is that neither of us have heard again from our client......

Ms. Radcliffe is a zealous and passionate advocate for her clients. She is very professional to work with, and is respected in the legal community.

If you are looking for an experienced criminal defense attorney on the Treasure Coast, you will not go wrong with Gabby. She treats her clients with respect, she is concerned with her client's welfare, and she is accessible to you.

I endorse this lawyer. Ms. Radcliffe is a dedicated, hardworking attorney who seeks to provide the best defense for every client. She is dependable, ethical, and reputable.

Ms. Radcliffe a consummate professional. She is a caring and passionate advocate for her clients. She is respected and well-received by colleagues and judges alike.