Sean C. O’Halloran has lived in Fort Myers since 1973. He received his undergraduate degree from Florida State University in 1996 and graduated from Florida Coastal School of Law in 1999. After being admitted to the state bar, he worked at the State Attorney's Office prosecuting misdemeanor and felony cases. Mr. O’Halloran then spent time as a felony prosecutor in Fort Myers at the State Attorney's Office, trying cases including murder trials, firearm-related offenses, drug violations, robberies, and aggravated battery allegations. He and his legal partner Attorney Peter D. Aiken formed their joint practice, Aiken & O'Halloran, in 2003. 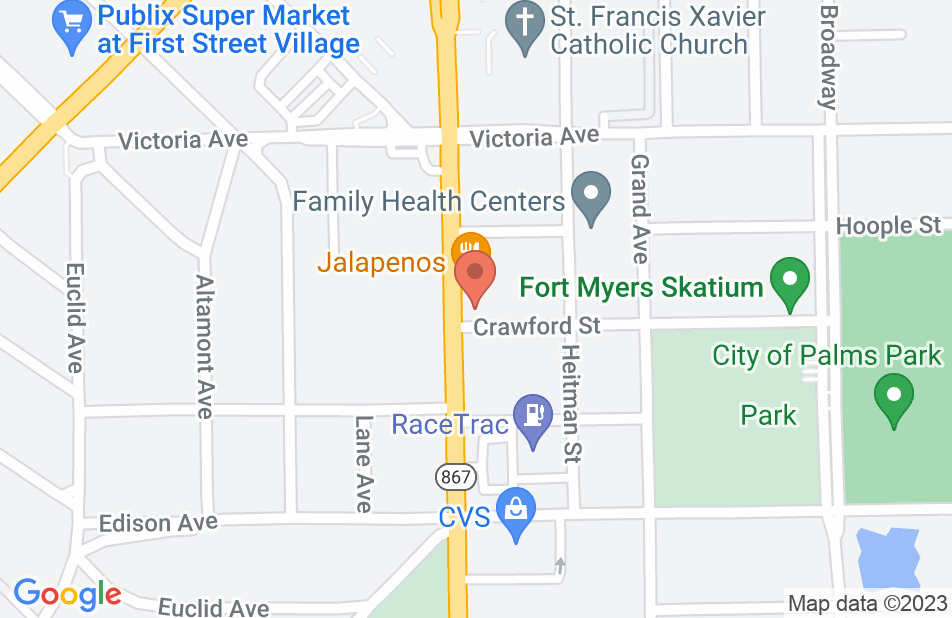 Mr Ohalloran helped our son. He was facing some severe felony charges. I researched and saw his reviews and that he was a former prosecutor. He knows what he is doing. He had my son out of jail n one month with no probation The funny part is.....He didn’t even need to spend much time on the case because after we hired him ....he got to work immediately. He kept in touch with me and I would recommend him to anyone who is facing some jail time He got the job done with no drama and straight forward results Thank you Sean Londa Theriac
This review is from a person who hired this attorney.
Hired attorney

Told me how it was going to be, not what I wanted to hear.

Sean took the time to explain to me the details of my case, even before I hired him. He did not sugar-coat anything; he explained in detail the exact process and what to expect. During the course of my case, if I had a question, he was prompt in his answers, whether through the phone or email. Just had some minor issues with clerical errors on paperwork, but it was corrected immediately. Overall, Sean was very knowledgeable and understood the judicial process.
This review is from a person who hired this attorney.
Hired attorney

C. Sean O'Halloran, by far one of Lee County top defensive attorneys. He's detailed oriented on how he approaches cases. Very proficient in his professional career. Would be first and probably only attorney I seek should I need one. Some cases can't be won in trial, but you'll get every penny worth from him by far.
This review is from a person who hired this attorney.
Hired attorney

Sean did a great job for me. His experience with the courts was very valuable and it was obvious that the Judge knew him and thought highly of him.
This review is from a person who hired this attorney.
Hired attorney

I am from ohio and ended up with a case there. I did an online consultation on a Sunday morning at 3am and Sean called me that afternoon. I gave him my situation and he explained my options. He got the job done for me and he is a very good lawyer. I hope that I never end up in trouble in Florida again. I would use him again if did.
This review is from a person who hired this attorney.
Hired attorney

HANDS DOWN THE BEST

I had a minor charged with a misdemeanor. Sean was there explaining everything from the beginning to the end, making everything simple. The best word to describe Sean is "GENUINE!" Definitely the attorney you want on your side, with out a doubt. For the best representation call Sean.
This review is from a person who hired this attorney.
Hired attorney

I found myself in some serious trouble facing a felony that would have sent me to prison for a number of years. I went to Sean for help. He is a very straightforward and will tell you like it is. He will not judge you. He is very aggressive when it comes to your defense. He also has professional relationships with most of the prosecutors. This is VERY important. He knows how to talk to them to get you the best outcome possible. You should take this into account when you hire a defense attorney. Relationships have a huge impact in the criminal defense world. Trust me on this. He also returns calls promptly and his staff is great. To say I recommend him is an understatement. I put my life in his hands. He worked hard for me and was able to get me a good outcome. If you find yourself needing a criminal defense attorney call Sean. I wish you the best in your case.
This review is from a person who hired this attorney.
Hired attorney

I am a lawyer myself, and I was referred to Sean by a lawyer friend. Sean helped us with a misdemeanor juvenile charge for my teenage son, and then also a serious car crash case. Results --- couldn't have been any better, and even better than Sean had prepared us for. Fantastic, no-nonsense lawyer. My new go-to guy. Strongly recommended.
This review is from a person who hired this attorney.
Hired attorney

Great attorney who cares about his clients.

Recently relocated and purchased a home in FL. Early retirement was going as planned until a life altering event as I was charged with DUI. What a humiliating and horrible experience. I was refered to Attorney Sean O'Halloran by an attorney friend of mine in the area. He advised if I want the best I should contact Sean. After speaking with then meeting Sean, he developed an coherent and actionable plan. Sean first filed for a hearing with the Dept of Safety. Though his skill and a bit of luck he actually got my regular drivers licence reinstated. Over a period of time and Sean's in depth research and documentation we were able to reach an agreement with the prosecutor, avoid trial and retain my licence was with some restrictions. I did have to pay a large fine, attend classes, and received a serious ticket but was not convicted of a DUI. Sean is a true professional, kept me personally informed, always returned my phone calls and pocesses superior legal acumen in his field of practice. High marks all around including that he genuinely cares. Sean is the simply best!
This review is from a person who hired this attorney.
Hired attorney

Sean was extremely helpful from the initial consultation to the resolution of my matter. Straightforward with potential outcomes, fought strong to avoid having to go in front of the judge and made helpful suggestions about the direction that would best serve me. Followed up and resolved my complicated case in a way that appeared effortless, eventhough I know it was more work than he suggested. I would highly recommend him to anyone that needs confident and knowledgeable representation.
See all reviews

My partner Domenic Valentine and I have referred many criminal cases to Sean and have never had a referral say anything but good things about his representation. I cannot recommend him highly enough.

I endorse this lawyer. He was very helpful in advising me on an issue in his jurisdiction and really knows his way around the criminal justice system.

I practice in the area of personal injury. I refer all criminal cases to Sean O’Halloran because I am confident that he will always represent the client with the utmost professionalism and competence.

Sean is a highly capable attorney. His strength of his local reputation is matched by that of his legal knowledge and skills.

I endorse this lawyer.Sean is a man of his word and integrity. He is professional and well qualified to handle all sorts of criminal matters.

I have referred numerous clients with criminal matters to Sean O'Halloran, and have had excellent results. All of my business and real estate clients, who I have referred reported back thanking us for the referral confirming that he was successful in their defense. Having known Sean O'Halloran for many years, and further having referred numerous clients to his office for representation in criminal matters, I have nothing but the most confidence in his legal abilities. Further, he is an outstanding member of the community, and well regarded by everyone who has spoken with.

Sean is a strong advocate with significant experience in the court room. With his former experience as a state prosecutor, he has the knowledge and ability to negotiate reduced charges and shortened sentences, but he is always ready for trial. I endorse this lawyer.

I endorse this lawyer. I have practiced criminal law with Sean O'Halloran for over ten years. I have tried complex criminal trials with him as co-counsel and have observed him in and out of the courtroom interacting with judges, clients and opposing counsel. He is highly competent, a true gentleman and an asset to the profession. I would and do trust him to represent clients where the stakes are huge and the pressure intense. He is a true gentleman, in and out of the courtroom and a first rate lawyer.