Christopher Crowley is former felony prosecutor, who tried hundreds of criminal cases and negotiated thousands of plea agreements in the Florida Court system. He has over a hundred hours of training in alternative dispute resolution, both in mediation and arbitration. As a former courtroom litigator, Chris knows the combative nature of the adversarial Court system. He understands first hand the advantages of alternative dispute resolution through mediation and arbitration.

Christopher Crowley is an Army Veteran of Operation Iraqi Freedom, currently holding the rank of Lieutenant Colonel in the Army Reserve Judge Advocate General Corps. Chris received numerous awards and commendations for his military service, both on active duty and in the reserves. He has traveled all over the world with the U.S. Army, including Iraq, Kuwait, Nicaragua and Germany. 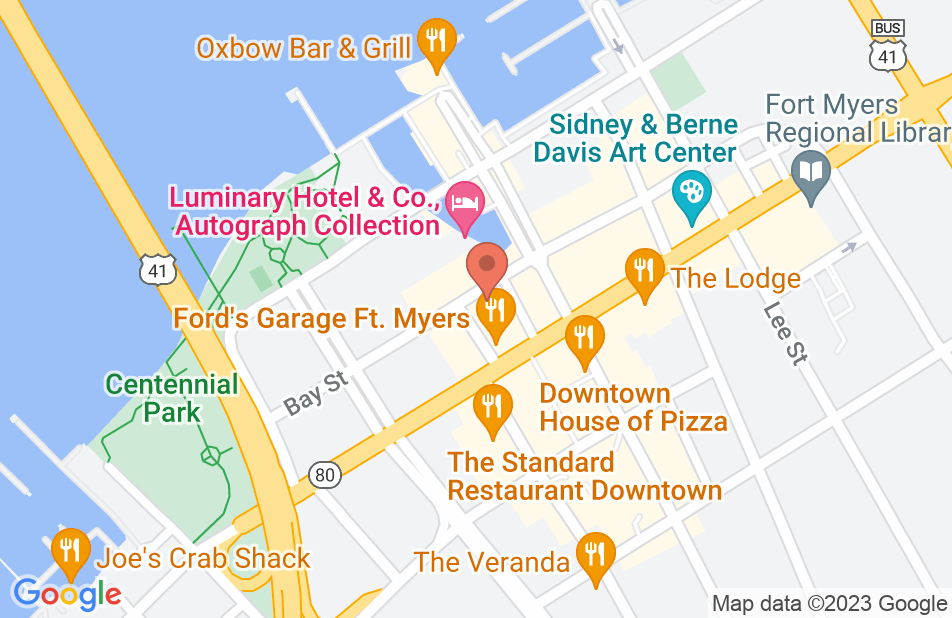 Chris did an amazing job helping me get my case dropped. He was eager to hear about my case and jumped on it right away. Very affordable. I had a public defender but Chris knew what he was doing and saw that my case shouldn’t have even been a case. Thank you so much for everything. With his help I’m able to maintain a clean record. Thanks Chris and great job!
This review is from a person who hired this attorney.
Hired attorney

My first time in my life I needed a criminal lawyer. I was scared out of my mind and was thinking I was going to jail. Chris calmed me down and got the charges dropped. His experience in the criminal law arena is outstanding and I would highly recommend him in the future!
This review is from a person who hired this attorney.
Hired attorney

In perhaps what was one of the most crucial moments in my life, Chris got me through a time when I was being charged with three felonies -- all of which related to accessing a computer network without authorization. In the end, I plead down to two misdemeanors with a few minor caveats. He navigated the legal/political labyrinths with precision and expertise. Thank you, Chris. I will forever appreciate how you helped me when I needed it the most.
This review is from a person who hired this attorney.
Hired attorney

I experienced failure of an axle on a new watercraft trailer and was referred to Chris by another attorney for consultation. Chris offered timely, thorough and exceptionally detailed guidance to help me prepare to navigate how to best approach the dealership who sold me the faulty equipment. Fortunately the dealership did the right thing and attended to my costs. Having the knowledge and foresight from Chris's consult helped empower me to communicate my concerns to effect the positive outcome I achieved. Chris is an honorable attorney who has served his country and is now serving the citizenry of southwest Florida. Throughout all my communication with Chris I felt as though I was receiving guidance from a lifelong friend or a brother. Chris engenders a consummate benevolence in stewarding the needs of his clients. Keep up the great work Chris, the legal profession needs more folks like you!
This review is from a potential client who consulted with this attorney.
Consulted attorney

Chris did a great job with my case as we were able to withhold adjudication and drop one of my three charges. Being my first incident, he thoroughly walked me through all the steps and explained everything very well. I definitely recommend him for anyone looking for representation.
This review is from a person who hired this attorney.
Hired attorney

I highly recommend Christopher Crowley to any potential client. I have known Chris Crowley for the past 14 years, the majority of which was spent as a colleague in the State Attorney's office. I have worked with Chris in all phases of criminal prosecutions, from discovery through trials and appeals. He possesses the ability, experience and ethics so necessary in an effective advocate. I believe Mr. Crowley should receive the highest rating available as to both ability and ethical considerations.
This review is from a potential client who consulted with this attorney.
Consulted attorney

I knew this guy was a lawyer and an officer in the military. I was so grateful that he was able to help me get out of a criminal charge after I was wrongfully arrested. Great negotiator. Knows his stuff. Honest.
This review is from a potential client who consulted with this attorney.
Consulted attorney

Mr. Crowley is a brilliant criminal defense attorney. He's an aggressive advocate, and never stops fighting for his clients. He knows everything there is to know about criminal law. He has extensive experience in criminal law, and he's a great trial attorney. I would recommend Mr. Crowley to anyone who is facing criminal charges.

Mary Cosmo, Divorce and separation Attorney on May 29, 2019
Relationship: Fellow lawyer in community

Mr. Crowley has extensive knowledge in the area of criminal law. He is very professional. I would recommend this attorney for anyone in need of an experienced criminal law attorney.

Chris Crowley is one of the very best criminal defense lawyers in Florida. He knows the Court system and is one of the best trial attorneys in Southwest Florida.

Mr. Crowley is an extremely professional attorney to work with who genuinely cares for his clients. I absolutely recommend him for all of the services he offers.

I endorse this lawyer. Chris and I worked together in Lee and Hendry county as prosecutors. Chris is very knowledgeable, tenacious and hard working.

Chris is an excellent attorney, and an all-around great guy. I often rely on his wealth of knowledge and experience in matters of criminal law.

I have known Chris as a fellow attorney in our community for several years. He is a diligent and zealous advocate for his clients. Chris is an asset to our legal community.

I endorse this lawyer. One of the best criminal litigators in Florida. If you are charged with a crime, you definitely should hire this attorney.

I have known Chris Crowley for 17 years. I have worked with him numerous times, primarily when he was a Florida Prosecutor. He is passionate about his work, goes 100% and has many excellent results. He is not one to candy-coat a situation. He is always prepared and fully aware of the strengths and weaknesses of a case and explains those in a way that everyone can understand. I fully endorse Chris Crowley -- he is definitely one to have on your side.

Chris knows the law, knows how the judicial system works, and knows how to win on the merits. He provides a confident and commanding presence inside and outside of the courtroom.