Car accident, job injury or need help with a claim for disability? Call me for a FREE consultation.

Born in Glens Falls, New York in August of 1967, attorney David Bromley earned his Bachelor of Arts degree in Finance from the University of Central Florida in 1993.  He then went on to earn his Juris Doctor from the Thomas M. Cooley Law School in 1998.  While in law school, David worked as a judicial intern at The Michigan Tax Tribunal.  In his final year of law school, David completed a judicial externship with the 56th Circuit Court in Eaton County, Michigan.  He rounded his extracurricular activities as a McDonald Class senator and member of the Martial Arts Club.

Upon moving to Florida, David began his career working for a small and personalized law firm in in Brandon, Florida and focused on representing disabled clients before the Social Security Administration in Disability cases.  He also practiced in the areas of personal injury and criminal law.  At the time, David was also an active pro bono attorney with the Guardian Ad Litem program in Hillsborough County.

Next, David accepted a position as a litigation associate with the Bleakley Law Firm.  In this position, David practice focused on representing clients in workers’ compensation, automobile negligence and general liability claims.

David then returned to The Bleakley Law Firm in 2003 as a partner.  He handled workers’ compensation, personal injury and Social Security Disability claims.

In 2011, David joined The Golden Law Group as a partner, bringing his expertise in Social Security Disability, workers’ compensation and personal injury matters.

David resides in Brandon, Florida with his wife Michelle and their children, Grace and Grant. They are members of Nativity Catholic Church in Brandon.  David is actively involved with his church as a lector and is a member of the Nativity Men’s Club, Knights of Columbus, Nativity Parish Pastoral Council, and Emmaus.  David enjoys spending quality time with his children and coaching his son’s little league team.

David is a member of the Florida Bar (member Workers’ Compensation and Trial Lawyers Sections), the Brandon Bar Association, and the Hillsborough County Bar Association.  He is admitted to the State of Florida, US District Court - Middle District of Florida.  David is a member of the National Organization of Social Security Claimant’s Representatives (NOSSCR); Florida Justice Association; and Florida Workers’ Advocates. David is rated Excellent (8.0) by AVVO where has earned the prestigious AVVO Clients’ Choice Award 2014 for Social Security, and the AVVO Top Contributor Award in 2015 for Social Security.

David encourages potential clients to access his biography on AVVO.com and read the reviews prior clients, peers and attorneys have published about him. 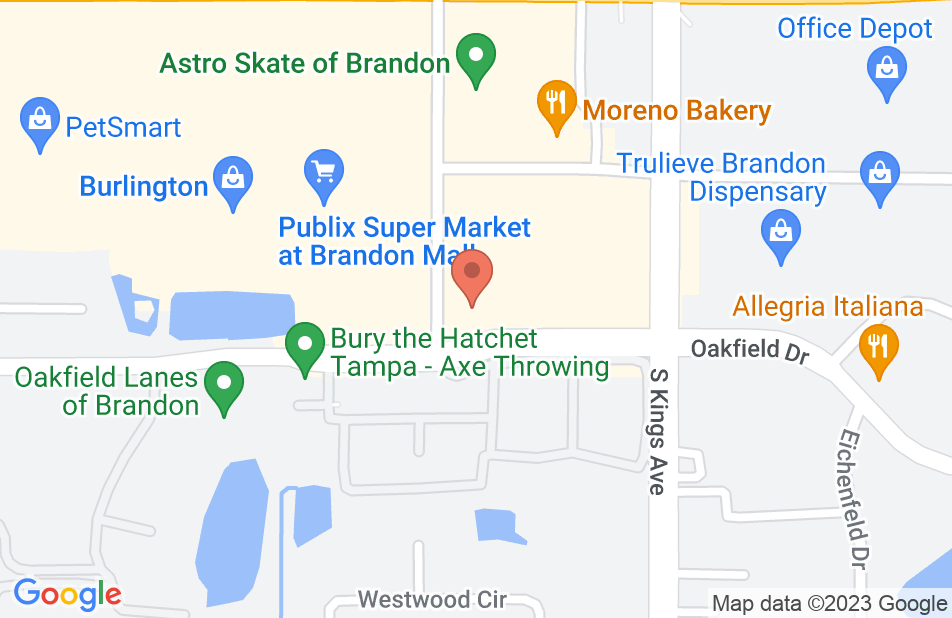 Mr. Bromley has been a pleasure to work with during my case. He has kept me informed with personal phone calls every inch of the way. Mr. Bromley is prompt at returning phone calls, e-mails, and faxes. I have, and will continue to recommend Mr. Bromley to other people that I know who are in need of an attorney.

I am writing this review because I wanted others to know that Mr. Bromley is very professional and his conduct is exemplary. And if Social Security helps me he will be the best person on Earth!!

I would highly recommend David Bromley at The Golden Law Group to anyone. They represented me in my social security disability after another law firm turned me down over the telephone. I have a very unusual disability (probably the first case of my condition that social security had ever seen) and The Golden Law Group staff did not turn me away over the telephone or when I went in for a consultation. My physician highly recommended The Golden Law Group to me after I was previously turned down by the other firm. I was informed up front that my case would be won in court, and they were right. I did receive at first two denials which I was told that the denials may happen, but not to worry. The Golden Law Group did more than what social security asks for to make sure that my case would be approved. They were always on top of my case making sure they had the latest records from my physicians and providing social security with that information. They kept in touch with me either by telephone or email on a regular basis. Sometimes they would just call to check up on me to see how I was doing. By them doing more than what social security needed I believe helped me in getting my disability approved all the way back until 2015.
This review is from a person who hired this attorney.
Hired attorney

Attorney Bromley represented me for my social security disability case which resulted in a full favorable decision. Attorney Bromley and his staff are very professional, knowledgeable, thorough prompt and caring. They kept me abreast of all updates, changes and what I could expect to happen and when. All of my questions and concerns were answered in a timely manner. Attorney Bromley and his staff really took the load off of shoulders by not having to worry about dealing with any issues because they handled everything for me. Considering what I had experienced before with another law firm, I must say I was really at peace and had confidence in Attorney Bromley that he was the right one to handle my case. I am truly grateful to have met Attorney Bromley. Thank you so much for to your service. Blessings!
This review is from a person who hired this attorney.
Hired attorney

After being denied disability benefits, I called the Golden Law Group to meet with Mr. Bromley specifically after reading all the positive reviews. My initial consultation I was really nervous but was immediately impressed with his professionalism and honesty. Mr. Bromley was very knowledgeable and all of my questions were promptly answers. After hiring Mr. Bromley, he took the stress and anxiety out of filing for SSD. Jessica, Mr. Bromley's assistant, is amazing and the best! She was always helpful, available and great about updating me on the status of my case at all times and what to expect next, even until the very end when I was approved. I just can't say enough about how great she and Mr. Bromley are. If you are looking for a great disability attorney then Mr. Bromley and Jessica are exactly who you need. You can't go wrong with them!
This review is from a person who hired this attorney.
Hired attorney

Mr. Bromley and his staff were great. They were very patient with me because I had no idea what I was doing. Very very professional and friendly. So glad I called
This review is from a person who hired this attorney.
Hired attorney

I retained Attorney David Bromley to represent me in a social security disability claim. He listened carefully to me during the hour long consultation, and he had a clear understanding of my fears and concerns. He and his legal assistant, Jessica Moyer, were on top of my situation at all times, and I felt as though I was in good hands throughout this process. They were always available when I called them. They always treated me with kindness and made me feel as though I mattered to them. I highly recommend this team to anyone who may find themselves needing to go through a social security disability claim process! Thank you both so much!
This review is from a person who hired this attorney.
Hired attorney

An honest and grateful person to know

I went to Dave Bromley for help and answers that I could not seem to get. He told me he would do his best to find me answers. I am so greatfull for him. I got the answers I needed to move on. Stayed connected to me if I need help. Very honest and caring person. Dave I don't know how to thank you enough. Even though it wasn't in you field, you got someone to help me and I am very grateful. Thank you again for helping me threw everything.
This review is from a potential client who consulted with this attorney.
Consulted attorney

Mr. Bromley and staff are true professionals, they lead you through the entire process and make sure you are doing what needs to be done to navigate through all the red tape of the Social Security Department and there is a lot. Ask for Tina to be your claim processor, she is super nice, patient and thorough. I received a Fully Favorable Decision (100 percent disabled). Which in part I feel was from Tina making sure I had all my medical records in order. I would not hesitate to hire again.
This review is from a person who hired this attorney.
Hired attorney

The process of applying for Social Security benefits is overwhelming. Thankfully I had Mr Bromley to assist me with the paperwork, the hearings, and the gathering of evidence. He and his staff kept me informed every step of the way and were always available to answer any questions.
This review is from a person who hired this attorney.
Hired attorney
See all reviews

I have had countless cases against David over the years. He has always fought for the best interests of his clients and is well-respected in the industry. I recommend this lawyer.

I have known and worked with David on mutual clients for a number of years, and he has always displayed the utmost care, knowledge, professionalism, and skill. As a fellow lawyer, I also appreciate that David is responsive and affable.

I've had the privilege of knowing David for over 20 years. He is very honest, hard working, and thorough. He represents his clients in an aggressive, professional manner, while always keeping their best interests, in mind. I wholeheartedly endorse him to anyone in need of a fantastic attorney.

David is an ethical attorney that I have know for years. I would send my family and friends to him if they needed help and advice.

David provides personal service to his clients and is always willing to take the extra time needed to make sure his clients understand the process and their rights and responsibilities. If you have been in an auto accident, I highly recommend that you call David before speaking to the insurance company.