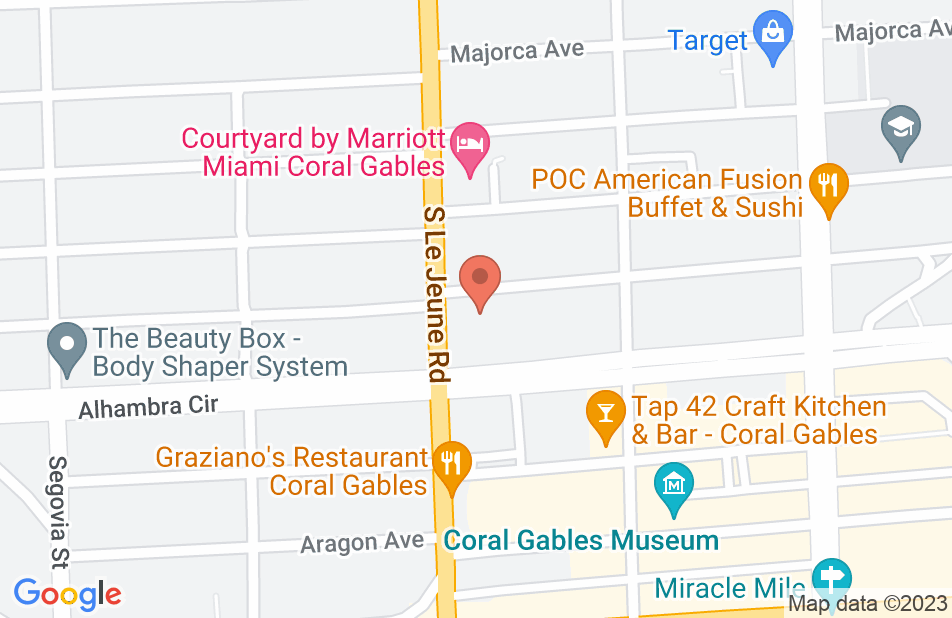 DLE Lawyers are a group of Miami car accident lawyers. If you have been hurt or injured in a car accident please call us.

My nephew is a legal permanent resident alien with a valid green card for the past 35 years. During the recent "sweeping immigration law", he was arrested by Homeland Security as he had a few minor infractions with the law several years ago. He was informed that said infractions revoked his green card and he was incarcerated to await deportation. Our family retained Jimmy De La Espriella who immediately informed us not to worry because he was certain that he could get the charges vacated. My nephew spent 49 days at Krome and Glades detention centers in south Florida. During that period of time, Jimmy told us what he needed to defend the case and continued to tell us not to worry. The trial was on September 7th, 2010. Jimmy arrived at the Krome Processing Center Court House early, even calling us several times during the morning to make sure we got there on time. He met with all of us in the waiting area and went over the strategy and prepped us for being called to give testimony. When the case was called, the Judge only requested Jimmy to enter. We waited for about a half an hour then the Court Clerk came out and called us all in. The clerk gathered us all in the hallway outside of the courtroom and informed us that our relative was being released. We were then allowed into the courtroom and Jimmy whispered to us to thank the Judge. We all did in a chorus. We all hugged and thanked Jimmy as he hurried out to return to his office to fax the release orders to the detention centers. After only a few more hours, my nephew was released to us. Jimmy was so efficient in presenting the case that the Judge did not even need to hear our testimony. Jimmy's fees were even less or in line with what other immigration lawyers charge and he did an excellent job for us. We will aways be indebted to Jimmy and intend on retaining his services to clear up my nephew's records so he can apply for citizenship. The entire Ali, John, Paul and Ortiz families thank Jimmy De La Espriella from the bottom of our heats for doing such a great job in getting our relative vindicated and released.

Mr. De La Espriella has been an aggressive and effective advocate for clients I have referred to him in personal injury matters. He is highly professional and reliable. I endorse this lawyer without reservation.