Jesse Smith joined the firm of Glassman & Zissimopulos after a diverse legal career in the public and private sectors. A native of Gainesville, Florida, Jesse graduated with honors from the University of Florida in 2002 before attending law school at the University of Maryland. Prior to receiving his J.D. Jesse interned with both the Office of the State’s Attorney in Gainesville, and the Office of the Federal Public in Baltimore, Maryland.
Jesse has served as an Assistant State’s Attorney, prosecuting a variety of criminal cases, on behalf of the State of Florida. He has also worked as a criminal defense attorney and has represented defendants throughout the State of Florida facing a host of criminal charges including Driving Under the Influence, Drug Trafficking, Sexual Battery, and Attempted Murder.
Jesse also has broad civil litigation experience in the areas of contracts, employment, civil rights, administrative actions, licensure defense, forfeiture, and personal injury. He has authored and argued appeals in State and Federal Court in criminal, civil, and administrative matters.
As a member of Glassman & Zissimopulos, Jesse Smith focuses the majority of his practice on helping persons who have been injured in motor vehicle accidents, slip and fall accidents, and as the result of medical malpractice. 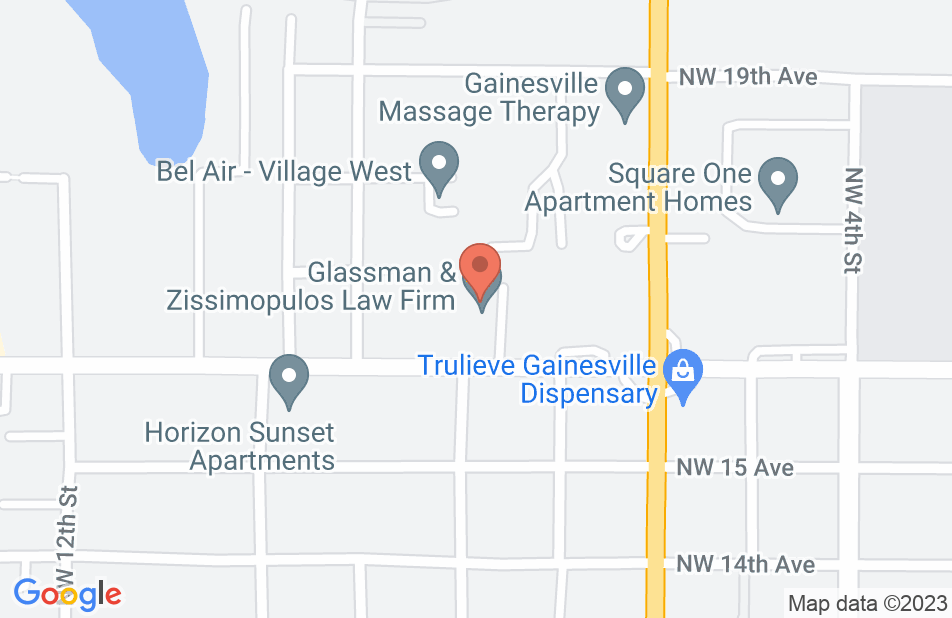 Jesse cares about his clients and he is really good at what he does. I hired him to defend my case and I'm very satisfied with the result. He helped me turn my life around and I'm forever grateful for his help.
This review is from a person who hired this attorney.
Hired attorney

Jesse is an honest and straight forward attorney. He answered questions when asked, made himself available when I needed him and argued for the truth. I'm thankful he was my attorney and I would refer anyone I know to him.

I endorse this lawyer. He has a great work ethic and resolves matters timely, thoroughly, and effectively. He is available to his clients and cares about getting the best possible outcome for them.