Glenn Swiatek opened his practice in Fort Walton Beach in 1998 gaining experience in all of the Florida court systems. He has criminal trial and post-conviction relief and appellate experience in every court of the Florida’s First Judicial Circuit He also has appellate experience before the First District Court of Appeals and the Florida Supreme Court. Mr. Swiatek also practices in the federal court system and is admitted to practice before the United States District Court for the Northern District of Florida and the 11th Circuit Court of Appeals. His trial experience ranges from representing the accused in cases of violence, drugs, DUI, theft, sex offenses to murder. He is one of the very few attorneys in Northwest Florida that only practices criminal law. Mr. Swiatek devotes a significant part of his practice to criminal appeals and post-conviction relief.

During his hours away from the office, Glenn enjoys playing his double bass with the Northwest Florida Symphony Orchestra and performing chamber music in Europe. Glenn, as an alumnus of Fort Walton Beach High School and an active supporter of the athletic department and the Viking Band. He was the Voice of the Vikings during football season and has also been the half-time announcer for the Bruner Middle School Band. 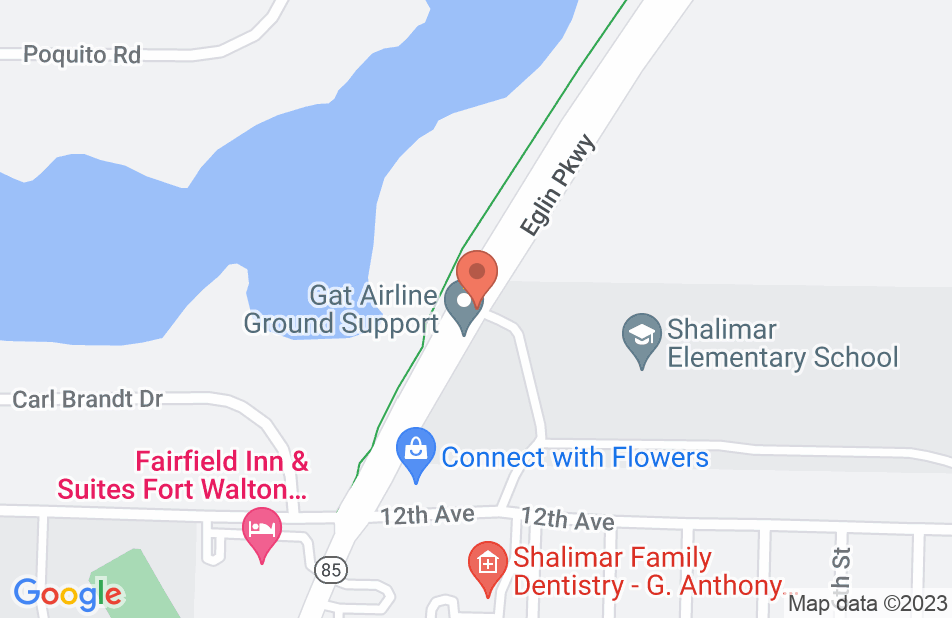 Wow, Mr. Swiatek did a fantastic job on my case! He was the third Lawyer I called when I was looking for legal Representation after getting arrested in a County 2 hours away from where I lived. He should have been the very first and the only lawyer I called, because he went above and beyond for my case. I originally chose Mr. Swiatek as the best fit for my case, because he returned my call very quickly, and he did so from his cell phone on a business Holiday that he was still tirelessly working on his other cases even though the office was closed that day to observe the Holiday. My case was a simple misdemeanor case, but I had never been arrested for anything before so this felt like a huge deal to me. Even though my case was a relatively small one Mr. Swiatek took it very seriously. He is very efficient, professional, and definitely knows what he is doing! He was able to get my case completely dismissed, and I couldn't be happier or more satisfied with the outcome. Mr. Swiatek truly did do everything he said he would do, and even more. He deserves 100 stars! Thank you Mr. Swiatek!
This review is from a person who hired this attorney.
Hired attorney

What a phenomenal person and professional. This was the most difficult time I have ever experienced in my life and Mr. Swiatek and his staff assisted me out of a situation that was brought on to me by corrupt individuals. I wound have paid twice as much as I did because of the immediate and outstanding results from his hard work and dedication. Thank you, and your staff, for all of your dedication to my life and well being!
This review is from a person who hired this attorney.
Hired attorney

In 1996, I was 17 year old juvenile who was involved in a situation where a young mans Life was tragically lost. I was not the individual who took the young man's life, but the courts found me just as culpable as the individual who actually committed the homicide. After years of fighting my case to prove my innocence, all too which was to no avail, unto my family hired Mr Glenn swiatek. Mr swiatek gave my case the care and the time it needed, and ultimately I was released from a court order life sentence, to time served.this man's knowledge of the law and his court presence is awe inspiring and captivating. I am forever in his debt, for it is no every day that a real live miracle worker comes into people's lives.......thank you Mr swiatek, you have my highest respect and eternal devotion...may God continue to bless you. Respectfully Patrick Smith ll
This review is from a person who hired this attorney.
Hired attorney

Words are not enough to express my thanks and gratitude to this man. He said he would deliver my son to me and he did.. A true man of his word and of the law, wish we had more like him. Thank you, I would refer you to anyone who needs an honest lawyer. Thank you from the bottom of my heart.
This review is from a person who hired this attorney.
Hired attorney
Glenn Swiatek's response: Thanks, Patrick. I told you I would get him home. I'm thankful the family never gave up hope !

He is the best ... He sees something that is not right he will do whatever he can to make it right... He is tenacious... He's awesome... Much, much love and respect thank you again
This review is from a person who hired this attorney.
Hired attorney

We used Mr.Swiatek's legal services several times and each time we were astonished by his professionalism and the knowledge of legal system. He takes his time and takes a each case seriously. Highly recommended Mr.Swiatek.
This review is from a person who hired this attorney.
Hired attorney

I was desperately in need of a lawyer for my son’s case. He was facing 15 years in prison. After calling all around town I found Mr. Swiatek. He was very professional and very confident that he could help us. We hired him and he Immediately started working on my son's appeal. There were times when my family and I thought that our case was a no-win battle, but he assured us that something positive would happen. Ultimately, we ended up winning our appeal and my son got a lesser sentence. So, because of Mr. Swiatek my son will get another chance at having a good life. I would highly recommend him to anyone needing assistance.
This review is from a person who hired this attorney.
Hired attorney

We are really satisfied with the results obtained in my son's case!!! My son was accused of Grand Theft and because of Mr. Swiatek's persistence he was able to get a Differed Prosecution Agreement and ultimately got his record expunged. Best outcome!!!
This review is from a person who hired this attorney.
Hired attorney

Glenn is was one of the first lawyers who contacted me when I was in need, offering help and consulting. He didn't mince words and made me feel that he was always on my side. He is always punctual and returns all my phone calls and messages promptly. I was very lucky to have a lawyer of this caliber representing me. Definitely a man for the people.
This review is from a potential client who consulted with this attorney.
Consulted attorney

An Attorney that Cares

After winning a long, emotional custody/dependency battle, I was faced with an appeal that frankly, was more than I could deal with. I found out that Mr. Swiatek was very experienced in this field and hired him. He made the process very easy for me and in talking to him, it was obvious he truly cared about my situation. We won the appeal and I owe it all to his hard work and dedication in helping others. I would not hesitate to use him again and highly recommend him.
This review is from a person who hired this attorney.
Hired attorney
See all reviews

I strongly endorse this lawyer. I have worked in the Okaloosa and Walton County community with Mr. Swiatek for over 15 years and have found Glenn to be an incredibly intelligent, honest and hard working attorney who always puts his clients first. I never hesitate to recommend all of my family law clients to Glen for any criminal matters that they encounter. It is all he practices, and I always know he will serve them well.

Stephen Cobb, DUI and DWI Attorney on Oct 15, 2012
Relationship: Worked together on matter

Glenn is someone I trust, plain and simple. He also is willing to tackle some of the most difficult questions in the most difficult areas of criminal law. After working with him and knowing his as an admired colleague and friend for many years, I consider him to be a true intellectual.