Mr. Hunt was born and raised in Tampa, FL. He obtained a Bachelors of Science in Business Management, while earning both Deans and Presidents list awards at Florida State University, in Tallahassee, FL.

Mr. Hunt, then obtained his Juris Doctorate at Florida Coastal School of Law, where he studied Family Law while also earning a Certificate in Sports and Entertainment Law, and earning both Book Awards and Deans List Honors.

After being admitted to the Florida Bar, Mr. Hunt began his career in the area of Consumer Protection, where he defended clients against Foreclosure, and Collection violations.

In 2009, Mr. Hunt became a Partner at a successful family law firm, where he earned years of invaluable experience handling and litigating thousands of family law matters including:

Mr. Hunt, was a founding partner of Hunt Green & James, P.A., in 2012 which catered to the complex issues involved in divorce and family law issues in Northeast Florida.

Mr. Hunt is now a partner at the Law Offices of John M. Phillips, where he manages the newly formed Family Law Division, which provides professional and personal legal representation in all family law matters.

Mr. Hunt, resides in Jacksonville, FL with his Wife and two children, and while being involved in the community, is a member of the Florida Bar, Jacksonville Bar Association, American Inns of Court; and is an Avvo and Martindale-Hubbell rated attorney. 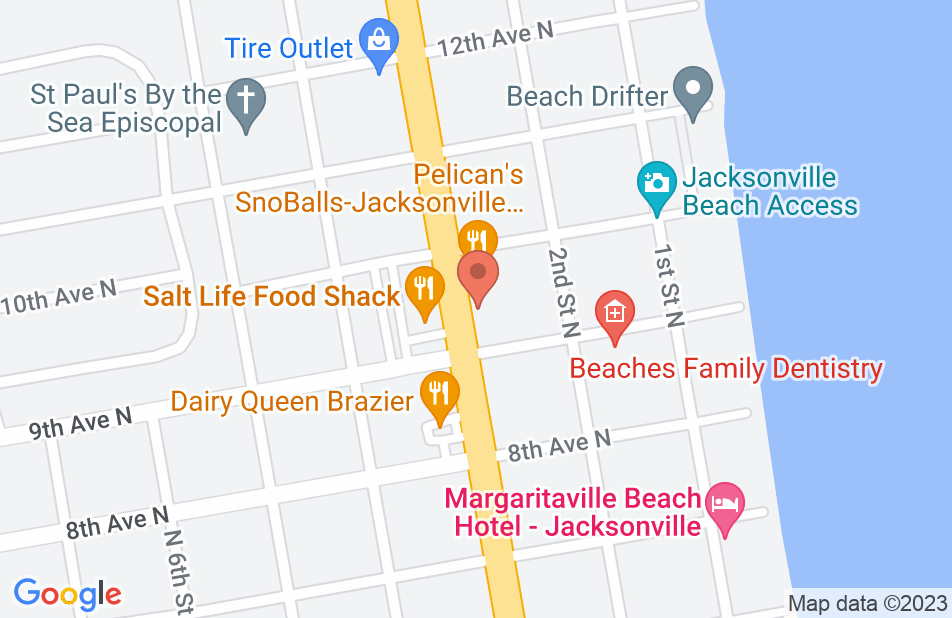 Honest attorney who gets results....

If you are looking for an attorney for family law matters Matthew Hunt is the best money can buy. I initially hired Mr. Hunt after I fired another attorney who took my money, did not bother to file divorce paperwork, and would not return my calls or emails. Mr. Hunt did more in the first day of hiring him than the other attorney did in months. It was like a huge weight was lifted off my shoulders knowing I now had an attorney I could trust. He was able to reverse the damage that resulted from my previous attorneys’ poor representation. I have been to multiple hearings, mediations, and a deposition with Mr. Hunt. Mr. Hunt’s preparedness was apparent during each of these instances. I’ve had conversations with Mr. Hunt and have been completely surprised when he remembers instances I’ve spoken to him about, emailed him about, and things that happened during prior years. I can truly say that I trust Mr. and his decision-making ability, mainly because he has shown me time and time again the positive results that happen afterwards. Mr. Hunt has been incredible in sorting through all my ex’s lies and making the truth shine especially in the place where it ultimately matters which is the courtroom. My children are now thriving in ways they never have never been able to before because of decisions made during those courtroom appearances and the facts that were able to be made clear by Mr. Hunt. My ex is now writing negative reviews about Mr. Hunt on multiple platforms. Her being so angry and vengeful towards Mr. Hunt is indicative of the excellent work he has done for me and my children. Thank you, Mr. Hunt, having you as my attorney has made my life and the lives of my children much better.
This review is from a person who hired this attorney.
Hired attorney

Mr. Hunt got me thru the most traumatic time of my life. He was accessible to me at all times and went above and beyond to keep me up to date. For part of my divorce I was living in a different state and Mr. Hunt took this in stride and did whatever he had to including getting it approved for me to attend a few of the hearings via phone. He exudes a confidence that really put me at ease. Would not hesitate to recommend him to anyone!
This review is from a person who hired this attorney.
Hired attorney

Matt personally handled my divorce which involved me dealing with custody of my children and paying of alimony, he also helped navigate me as I was a business owner. I was very firm with Mr. Hunt on what I wanted and he over delivered on every aspect. I get my kids more than I thought I would, I pay less than was estimated, and it was all handled on one day. No one else in their industry is as skilled as this man. Do not let these 1 star reviews say you as they are all written by clients of the other side, when you don't hire the best. You shouldn't expect to win. I hired the best so I won.
This review is from a person who hired this attorney.
Hired attorney

If you are in need of a divorce/custody/family law related attorney, then search no more! You will be very happy that you hired Matt and he is worth every penny. From the minute that I consulted with him until the time my case was resolved, Matt was a consummate professional. He proved himself to be very adept and knowledgable about family law. He handled my case with grace and care and I know that if I had gone to anyone else, I would not have received such a positive outcome. We were dealing with an issue of moving to another state and a very unreasonable, difficult, high conflict ex that hired those Men Only attorneys. Do yourself a favor and hire Matt - you'll be thankful that you did! And his assistant Ariel is amazing as well.
This review is from a person who hired this attorney.
Hired attorney

I had a difficult divorce that involved international relocation, social investigations, expert opinions, etc. After I hired 3 lawyers, presumably the best in the area, my divorce case got worse. Since the very first day, Mr Hunt took my case seriously, he went beyond the rest: demonstrated high professionalism, kept contact with me on the phone during the most difficult times of my life, talked to witnesses, and most importantly showed compassion to my case and the facts. He is the best attorney in Jacksonville by far, and I would not hesitate to recommend him to anybody in the area.
This review is from a person who hired this attorney.
Hired attorney

My journey started 3 years ago. I called several local family law attorneys. I was told there was nothing that could be done. Then I finally got in touch with Mr. Hunt. He immediately took my difficult case and brought some sanity back into my situation. Mr. Hunt represented me as if I was part of his family. The man saved my family without a doubt. He is one of the smartest attorneys I have ever worked with. In the courtroom he carried himself with a confident professional swagger that cannot be beat and hasn't been beat. I am a worry wart. Mr. Hunt was there any time I needed to talk no matter what time it was. If you're looking for the best prepared and most loyal attorney that really does listen and care about his clients then Mr. Hunt is your attorney. Thank you Matt and Ariel!
This review is from a person who hired this attorney.
Hired attorney

Could not have found a better lawyer.

My wife and I hired Matthew for a custody case, And we felt like we were in great hands the entire time, he was calm, collected, very professional and always gave us hope. He is very diligent and prompt with responses and actions, not only did he get us the win in court, but he got us our family back. Couldn't have asked for a better lawyer.
This review is from a person who hired this attorney.
Hired attorney

Hiring a lawyer is scary. As with any situation, you always feel that there is a certain degree of uncertainty. However, Mr. Hunt truly exhibited a high degree of confidence and calm. His work ethic was impeccable. I was truly surprised how diligent, thorough, and complete his work was. He was very professional and explained the situations thoughly on a level I could comprehend. I was always given a choice how to proceed. Thankfully, I followed his advice. I hope to never need an attorney again, however, if I did I would certainly call Mathew Hunt.
This review is from a person who hired this attorney.
Hired attorney

Matt Hunt handled my divorce case. He was extremely knowledgeable and professional and I could not have been more pleased with the outcome. Although divorce is always unpleasant, Matt helped to guide me through the process as smoothly as possible. Matt clearly looks out for the best interest of his clients as well as their families.
This review is from a person who hired this attorney.
Hired attorney

Matt represented me regarding a lawsuit with my ex wife. I found him to be very professional, intelligent and proactive regarding my concerns about the case. He gave me great advice and brought the case to a pleasant conclusion. I found him easy to work with and a great attorney always listening to any of my thoughts.
This review is from a person who hired this attorney.
Hired attorney
See all reviews

I endorse this lawyer. Matt is a good guy and a pleasure to work with. He is a zealous advocate for his clients.

I endorse this lawyer. He is extremely knowledgable and tenacious in his approach. He is a dedicated advocate for his clients.

Matt's love and compassion for his own family echos throughout his work and fuels his desire to help each and every client. Working with Matt, I've witnessed and admired the attention and commitment he gives to each case. For these reasons and so many more, I would highly recommend Matt for any family law related issue.

Matt is an extremely dedicated attorney that helps his clients through very difficult times in their lives. He works hard to ensure that his clients get the best results possible for their situations. I fully endorse this attorney.

I know Mr. Hunt to be a competent, compassionate, and client-centered attorney. He is gracious with his time and fights hard for his clients.

Matt is a great attorney. He cares about his clients and works diligently to achieve the best outcome for them. I endorse this lawyer.

I endorse Mr. Hunt without hesitation. The level of professionalism and knowledge of the law he possesses is second to none and he stops at nothing to achieve the best result for his clients in each and every case.

Matt is very compassionate and detail-oriented during his representation of clients enduring some of the worst times of their lives. He is an excellent attorney who goes above and beyond his duties as an advocate. I do not hesitate to endorse this lawyer.

Matt is a fantastic lawyer with great compassion for clients and passion to help them get through tough times.

I endorse this lawyer. Matt is very committed to his clients. He is responsive to calls and emails and a real pleasure to litigate against.

I've known Matt since law school. He's a great attorney, has a positive attitude, and is an all-around good person. I endorse this lawyer.

Mr. Hunt is knowledgeable, compassionate, and ardent in his work and attacks each matter fully and appropriately for the best interest of his clients.

I sincerely endorse attorney Hunt! The answers of Mr. Hunt are consistently accurate, analytic and customized to the needs of the Avvo asker. These are exactly the qualities that every client would be looking for in hiring an attorney.