I have been working in the area of family law for over 20 years.  I was a paralegal for four years prior to going to lawschool.  While attending Florida Coastal School of Law, I came to work for the firm formerly known as Zisser, Brown, Nowlis & Maciejewski as a lawclerk, writing appeals and doing research.  While I do have knowledge of other areas of law, Family Law is my favorite area of law and has been my focus since I was sworn in to the Florida Bar in 2005. 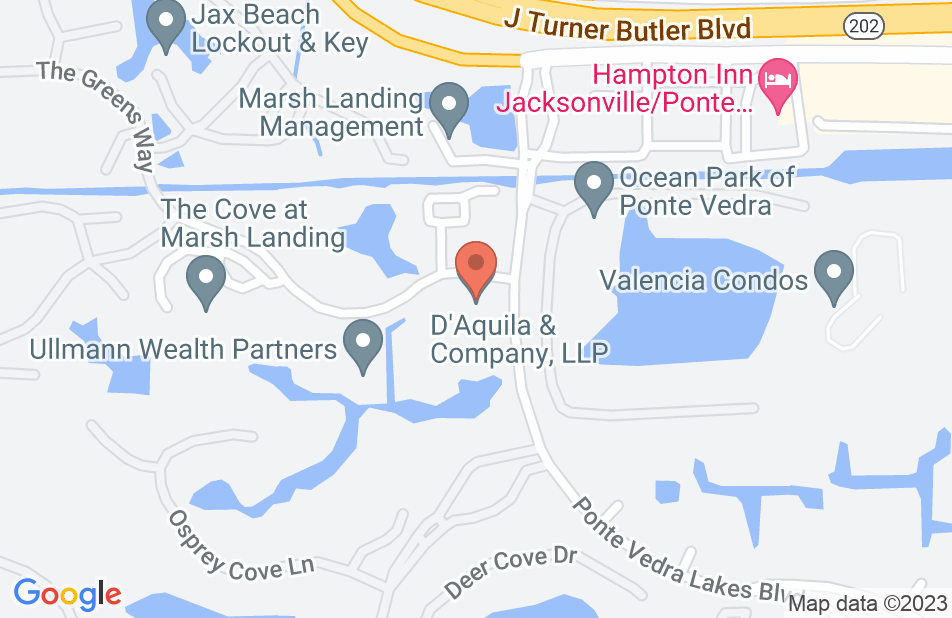 Wonderful compassionate lawyer. She know the Duval court system really well. She helped me get more child support and have my very difficult ex have clear guidelines on coparenting issues.
This review is from a person who hired this attorney.
Hired attorney

When I was served papers to get a custody arrangement made for my and ex I Corrine came highly recommended. I explained to her what I wanted and what arrangement we had in place and she got my exactly what I wanted. She made the process easy and was there every step of the way and answered any questions I had during this whole process. I would highly recommend using her for any family law issues you may have.
This review is from a person who hired this attorney.
Hired attorney

I knew from the beginning as a father of 2, that going through a divorce that included a custody battle was going to be no easy task. Corrine defended me every step of the way from the physical and mental gymnastics a father could expect if going through a divorce which included for me , injunctions, being removed from the marital home and most of all a fair chance at custody. Corrine was focused and on point at every turn. Her knowledge of the law and court system produced a most favorable outcome on our behalf. I highly recommend Corrine Bylund
This review is from a person who hired this attorney.
Hired attorney

When I had to get a child agreement written up for my son I had no idea what to expect or where to even start. After hiring Corrine it didn’t matter. She made my situation so stress free and painless. I didn’t even feel like i was speaking to a lawyer but a long time friend who just wanted to help. I can not thank her or her staff enough. Most recommended lawyer i can possibly think of.
This review is from a person who hired this attorney.
Hired attorney

Ms Bylund had intuition on how to handle my ex when I had to file an injunction for protection. She knew what to ask the judge for and was instrumental in getting papers served to a person that is elusive. I had been living under a lot of fear of his angry outbursts but with Ms. Bylund in court with me, the judge determined that he could not return to the home. I was able rest knowing that I was protected by the law. Ms. Bylund did such an amazing job and I would support her running for judge.
This review is from a person who hired this attorney.
Hired attorney

Corrine Bylund is an excellent Attorney! In 2007, I hired her when I determined I wanted to file for divorce. It was an extremely emotional divorce for me and I had two small children - 16 months old and two weeks old. She was extremely compassionate and was available any time I had questions. When My ex-husband took me back to court to adjust child support and visitation she was naturally my first choice. Again, she was extremely knowledgeable and honest about possible outcomes. I could reach her by email and/or phone, whichever was most convenient for me, any time I had a question. She fought hard for what I wanted and I was beyond thrilled with the outcome - no adjustment to time at all. She’s an honest, hardworking Attorney that I would recommend to my closest friends! You will be beyond pleased with the results she gets for you!
This review is from a person who hired this attorney.
Hired attorney

In my opinion, Mrs. Bylund is one of the best family law attorneys in town. I did my research on the web and spoke to many divorcees before I finally decided on her. She tried her best to get the other side to settle and keep costs down, but they wanted blood. They spend 3-4 times more I did writing letters that we ignored. When they actually filed a motion to be heard, we won, or gave in a little strategically. They were playing checkers. She was playing chess. It was hard to do sometimes, but I listened to her advice even when I didn’t want to, and It all paid off in the end. I got a better result than I ever imagined. I guess her law degree and experience are better than my google searches and gut reactions. Go figure! Hiring Corrine was the best decision I ever made. Another thing I learned in my research was that there are some attorneys out there that will tell you what you want to hear and will attack all day, that is until you run out of money. If a lawyer is half the rate but charges you double the hours, it will cost you the same. It’s better to find a great lawyer who knows what she is doing. Three things for which you do not go bargain hunting are: tires, brain surgeons, and divorce lawyers. Corrine is the best.
This review is from a person who hired this attorney.
Hired attorney

All in due time.

Corrine has been a great lawyer in my custody battle in a very embroiled and highly contested battle. It took 5 years, the retirement of one judge, and a new judge with a good sense of judgement, but the kids are finally with me full time (the Dad). The whole process is incredibly expensive and emotionally taxing. She really helped me to be patient, knowing how slow the courts move, and helped me focus on the end goal.......I initially hired the "For Men Only" firm only to have them fall apart. I am grateful for the day a buddy of mine suggested Corrine and the firm she was working for at that time. She is a well seasoned vet of family law and the court system.......you'll be in very good hands.
This review is from a person who hired this attorney.
Hired attorney

I had a difficult child support / custody case with my ex. My kids are 18 & 16 and their mother was looking to try and cash in one more time before it was too late. Her attorney tried to make things much more difficult than they needed to be. Plus, some support payments were not made through the state and, although I had a previous order that credited my child support account for those payments, that order had not been entered into the record. Thank god I kept copies, but it still took a tremendous amount of work to get the judge to re-approve the order and we had to get the depository to do an internal audit and we were getting hit with drug tests, contempt orders, and all kinds of crap. The whole ordeal was stressful. Corrine held my hand through everything, she made sure all paperwork was ready before taking the next step, and in the end she saved me thousands of dollars. She is a very good attorney and I would recommend her to anyone.
This review is from a person who hired this attorney.
Hired attorney

Corrine Bylund handled my post-divorce name change quickly, thoroughly, and efficiently. She is a top-notch attorney who possesses the unique combination of professionalism and friendliness - an important asset to anyone going through divorce and the aftermath that follows. She is highly competent to handle your divorce, child support, and other related matters. I am so thankful to have had the opportunity to work with her!
See all reviews

I endorse this lawyer. She knows the law and she works hard for her clients.

Corrine is an excellent attorney with incredible knowledge of the law and a pleasure to work with as she is extremely ethical. She always is striving for what's best for her clients. Wonderful to have her as a colleague.

In my experience, Ms .Bylund is very knowledgeable and professional . I endorse this lawyer.

Ms. Bylund is highly knowledgeable and a tenacious litigator. She is always prepared, whether for trial or mediation, to advocate for her clients. I highly recommend Ms. Bylund to anyone seeking representation in family law matters.

It is always a pleasure to have a case with Corri. She focuses on trying to reach a fair settlement for all involved.

I endorse this lawyer. I have litigated several cases against Ms. Bylund and have always found her to be a very ethical, knowledgeable, and tenacious litigator.

I endorse this lawyer. Corrine is very knowledgeable and a real pleasure to litigate against.