Steve was born in 1966 in Fairmont, West Virginia, the third of five children.  Steve’s father was a former coal miner turned Army soldier. Steve spent the first nine years of his life moving from one Army base to another. Steve’s family settled in Jacksonville, Florida, on Steve’s tenth birthday, September 6, 1976, shortly after his father’s retirement from the Army.

Steve married his wife, Deborah L. Greene, on February 14, 1995, at Central Christian Church (Disciples of Christ) in Jacksonville, Florida.  Steve and Deborah have an 18 year old son and a 9 year old daughter.  Steve’s wife Deborah is also his law partner.  All of Steve’s time away from the office is spent with his family.

Steven enjoys studying constitutional law issues and the history of the drafting of and early interpretation of the U.S. Constitution.  Steven and his wife, Deborah, also enjoy reading books together, attending movies together, and traveling (both at home and abroad). 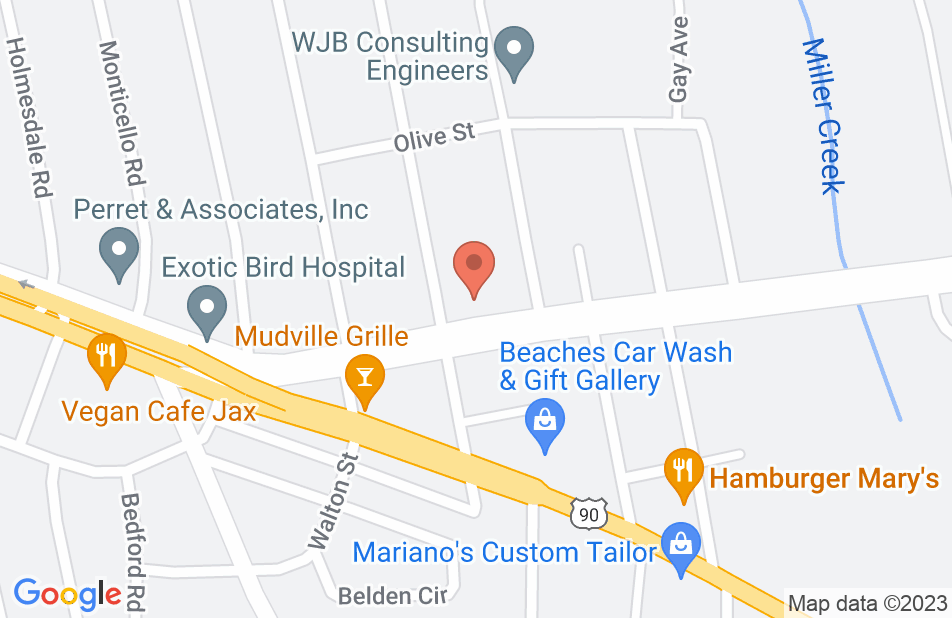 Highly recommended and a friend.

Steven was instrumental with dismissal of foreclosure matters for my Florida property when the 2007/2008 real estate recession. Steve also assisted me with document/contract review throughout short sale applications. He is very knowledgeable and keeps current with legislative matters relative to individual cases. I would highly recommend Steve to anyone seeking legal advise or matter resolutions concerning contracts, personal injury, and foreclosure actions. Thanks, Steve and your staff. You're the best!
This review is from a person who hired this attorney.
Hired attorney

Steve is an excellent lawyer and I consult with him on all legal matters both personal and for my corporation. He's very smart and is not afraid to roll up his sleeves.
This review is from a person who hired this attorney.
Hired attorney

I highly recommend Steven Combs. I have known Steven since 2009 when he represented me during a bankruptcy and foreclosure. He made the bankruptcy process "easy" and fairly painless, and he fought extensively during the foreclosure. He always gave me excellent advice and has been successful with any court filings on my behalf. Since my initial issues have been resolved, I continue to contact Steven on legal questions that I may have on a variety of topics. He is very knowledgeable and honest, and I will always trust his advice.

I have worked with dozens of lawyers over the years, and find Steve Combs to be the smartest lawyer I have ever met. He practices across various fields, including family law, bankruptcy, foreclosure defense, and personal injury, and excels in all of them. His expertise in these various fields make Steve a go to lawyer. Although he engages in many high end cases, he also brings his expertise to the common man. He is a hell of lawyer and a hell of a man.

Steven Combs represented me in a foreclosure defense case and recently won my hearing against Wells Fargo. His fees are fair. Most importantly, his entire staff has been wonderful in contacting me and keeping me informed on this process. His value to customer service stands out above all firms and has treated me like family throughout this whole process. That is why I believe he is the best foreclosure defense attorney/lawyer in Jacksonville, Fl.

Steve is very knowledgeable, personable and professional. He was very interested in my case and proactive in his expert handling of the matter.

I endorse this lawyer. Steven is incredibly smart and committed to his practice. He is the ultimate professional and is a fountain of information.

I started working for Steven and his wife/law partner soon after receiving my license to practice law in September, 2010. It took no time at all for me to realize how fortunate I was to be working for such a great legal team. After 3+ years of working for them I can say, without any reservation, that they are two of the most intelligient, kind, compassionate, and skilled attorneys I have ever met. Steven exhibits exemplary forethought and is a wealth of knowledge over multiple areas of law.

I worked as an Associate attorney for Steve Combs, and his wife/law partner, Deborah Greene, for several years. Steve is always an ardent advocate for his clients, and one of the smartest people that I know. I would feel confident turning to Steve for personal representation in almost any type of civil matter (from family law and personal injury matters, to the most complex of business disputes and appeals), and for that reason, would never hesitate to refer any friend or family member to Steve. Most importantly, Steve is a moral, ethical, and caring person, who will always do what is right, and what it takes to fight for his clients.

I endorse this lawyer. Steve is an excellent attorney in multiple areas including, foreclosure, personal injury and is a great mediator. Steve is brilliant, assertive and very knowledgeable.

I endorse this lawyer. Very capable.

I endorse this lawyer. Attorney Combs and I practice in some of the same areas of law. So I have had the opportunity to review many of his responses to Avvo questions. I find that his advice is not only legally sound, but is also practical and helpful. Attorney Comb's passion and concern for his clients is also clear from the reviews that his clients have provided. This is clearly the kind of attorney that you want on your side. For these reasons, I am happy to endorse him and his services.

I endorse Steven Patrick Combs. He is a talented advocate with outstanding work ethic.

Mr. Coombs is one of the smartest lawyers I know. He is always helpful with a question from other attorneys. He is an knowledgeable mediator, and will make an excellent judge someday, I hope! I am confident in referring clients to Mr. Coombs.