Mr. Buckmaster began his legal career as an Assistant State Attorney in the 19th Judicial Circuit of Florida in Fort Pierce, Florida. While there, he prosecuted thousands of criminal cases in both county and circuit court. After leaving the State Attorney’s office, he joined a private criminal defense firm where he spent two years representing hundreds of individuals charged with crimes in State and Federal Courts.

Mr. Buckmaster later moved his family to Daytona Beach and returned to the State Attorney's Office in the felony division of the 7th Judicial Circuit of Florida.

Mr. Buckmaster is admitted to the Florida Bar, and is licensed to practice in front of the United States District Court for the Middle District and Southern Districts of Florida and the United States Court of Appeals for the Eleventh Circuit.

It is Mr. Buckmaster's goal to counsel and passionately represent his clients and help guide them through the justice system. 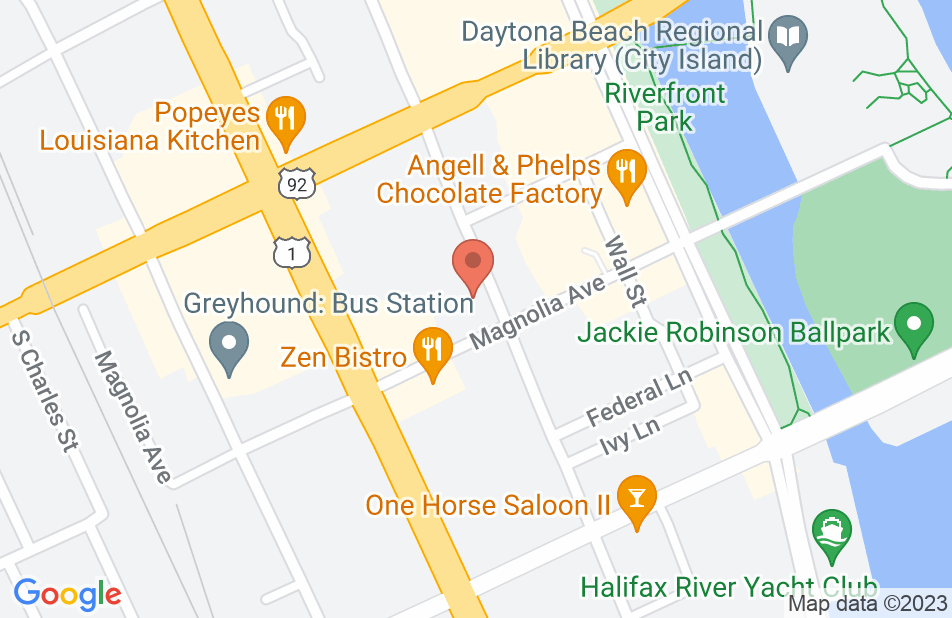 I hired Mr Jeremy Buckmaster from a referral. My case lasted about four months. It’s the first for me. In four months, I never met Jeremy face to face, due to working long hours. Everything over phone or email. It was Terrifying. Jeremy stayed in constant contact with me , and ensured me, that everything would be ok. He did his job!! Very Confident, and professional!! Superb Lawyer. I saved his phone # in my contacts. Thank You So Much, Jeremy James
This review is from a person who hired this attorney.
Hired attorney

Simply awesome! I highly recommend this firm! Support staff was attentive and responsive. The attorneys listened to my story and took action accordingly, resulting in a positive outcome. I can't express how grateful I am to this law firm.
This review is from a person who hired this attorney.
Hired attorney
See all reviews

I endorse this lawyer. Jeremy has always been professional and ethical in all of the cases we had against each other.

Jeremy has a genuine concern for his clients, and works tirelessly to see that they obtain the best possible outcome. He is well respected and thought of as a leader in the legal community. I endorse this lawyer.

Jeremy is experienced and completely dedicated to his clients. Top notch attorney!

I have worked with Jeremy Buckmaster for years and have always been impressed with the care and concern he provides each client. Jeremy will spend countless hours on even the simplest case to ensure that his clients get the best chance for a positive result. Jeremy is a strong advocate for every single client.

Blake Marcus, DUI and DWI Attorney on Jan 7, 2015
Relationship: Other

I endorse this lawyer. I have referred immigration cases to him in the past and will continue to do in the future. Mr. Buckmaster, is a fantastic immigration attorney.

I have known Mr. Buckmaster for several years now and have always found him to be of the highest caliber both professionally and personally. Mr. Buckmaster genuinely cares about his clients and goes above and beyond to achieve the best possible results for them. I have repeatedly sent my friends and family to Mr. Buckmaster and will continue to do so.

Drew Williams, Construction and development Attorney on Dec 30, 2013
Relationship: Worked together on matter

I have referred numerous clients to Jeremy's firm for both Criminal Defense and Family law matters. Those same clients have told me they were very satisfied with his firm's results and thanked me for those referrals. Jeremy is highly respected in the community and known for his hard work. I will continue to refer clients to him.

Attorney Buckmaster is a dedicated advocate for his clients who takes the time to work every angle of a case. He prepares every case like its going to trial.

Jeremy is a great guy and a competent attorney.

Rating: A+. Mr. Jeremy Buckmaster is an excellent attorney, with plenty of experience, and an outstanding personality. In Court he is always very well prepared, and it always shows positively in his results. He is a winner, and I do strongly recommend him!

I endorse this lawyer. Jeremy Buckmaster has done an excellent job for the individual client referrals that I have sent to him. I enjoy working with Jeremy.

I endorse this lawyer. Mr. Buckmaster is very well respected in the legal community.

I endorse this lawyer. I have known and worked with Jeremy for over a decade. I have found Jeremy to be an outstanding attorney. Jeremy is extremely experienced and extremely professional. Not only is Jeremy a great attorney, but he is also a great human being!

We've worked with Mr. Buckmaster on several cases recently and strongly recommend him. He approaches family law cases the same way we do - advocate for our client while keeping client costs and drama at a minimum.

Gerard Muriello, Divorce and separation Attorney on May 10, 2012
Relationship: Fellow lawyer in community

I endorse this lawyer. Jeremy and I worked a divorce case together recently. I found him to be not only highly competent, but also straight forward and honest. He was very easy to work with and I look forward to working with him again in the future.

Jeremy and I worked on opposite sides of the courtroom many times while he was a prosecutor in Fort Pierce. He is a tenacious advocate who sees the merits of a case exactly as they are. He was a top-flight prosecutor, and has made the adjustment to top-flight defense attorney. Some ex-prosecutors just don't have the heart for defense work, because they think that everyone's guilty or that everyone who breaks the law is a scumbag. Jeremy's not like that at all. He understands that the police are quite often incompetent, or worse yet--flat out liars. He's willing to cross-examine a police officer or an alleged victim with one goal in mind--to shred them apart and win the case on behalf of his clients. If I were in trouble with the law in east central florida, Jeremy Buckmaster is the only guy I'd call.