"I endeavor to do my best work for each client. I strive to meet each client’s individual legal needs and am committed to handling each case with compassion and discretion. I look forward to meeting with you."

While a student at the University of Georgia, Ms. Sullivan was named one of ten Outstanding Senior Leaders and was awarded a 1997 National Leadership Award from Delta Epsilon Iota Honor Society. She also represented UGA's athletic department in UGA football recruitment efforts, was a member and philanthrophy chairperson of Kappa Delta Sorority, and was a member of Mortar Board. Perhaps her best preparation for law school and, ultimately, a career as a litigator came when she was selected to serve as Defender/Advocate on UGA's University Judiciary. Ms. Sullivan served as an intern in the Washington, D.C., offices of the late U.S. Senator Paul Coverdell and U.S. Representative Nathan Deal, who went on to become Georgia Governor.  While working on Capitol Hill, Ms. Sullivan attended and completed a course of study with the Institute on Political Journalism at Georgetown University. Ms. Sullivan worked two years during college as a file clerk in the Athens law firm of Fortson, Bentley & Griffin, P.A. before matriculating to law school in 1999.

Ms. Sullivan's academic success and leadership while an undergraduate earned her a full scholarship to attend law school at Mercer University's Walter F. George School of Law. While there, Ms. Sullivan distinguished herself as a top student, graduating Cum Laude in 2002 and receiving CALI Awards For Excellence in First Amendment Law, Environmental Law, Taxation of Tax-Exempt Organizations, Appellate Practice and Procedure, Advanced Legal Research, Legal Writing I and Legal Writing II. Ms. Sullivan also received Faculty Awards for Excellence in Legal Writing I and Legal Writing II and was named to the school's Dean's List. Outside the classroom, Ms. Sullivan participated in the Volunteer Income Tax Assistance Program helping needy people complete income tax returns and was active in the Federalist Society. She also served as Vice President of Mercer's chapter of Christian Legal Society and gained invaluable experience as an intern to the late Honorable Duross Fitzpatrick, Judge, U.S. District Court for the Middle District of Georgia in 2001.

After her admission to the Georgia Bar in 2002, Ms. Sullivan accepted a position as an associate with the Macon firm of James, Bates, Pope & Spivey, LLP, (now known as James Bates) where she worked as a commercial and business tort litigator.  Ms. Sullivan relocated from Macon to Thomasville in 2005.

Ms. Sullivan serves as a Board member for Family Enrichment Group, Inc., the Thomas County affiliate of CASA Georgia, Inc., an organization which provides child advocacy services in Georgia's Juvenile Courts. She is also an active member of the Women's Forum, a subsection of the Thomas County Chamber of Commerce, and has presented legal information programs for Boy Scouts and women's small groups in Thomasville.   Ms. Sullivan has served as a competition judge and advisor to the Scholars Academy team in Georgia High School Mock Trial proceedings. Ms. Sullivan is a member of the Georgia Bar's Sections on Family Law and Child Protection & Advocacy and the Thomas County Bar Association. Ms. Sullivan has served for many years as Chairperson for the Advisory Board to Southwest Georgia Technical College's program in Paralegal Studies.

Ms. Sullivan is admitted to practice in all Superior Courts of the State of Georgia, the U.S. District Court for the Middle District of Georgia and the U.S. Court of Appeals for the District of Columbia Circuit, Washington, D.C. She is an active member of Thomasville First United Methodist Church, where she sings with the Worship Team and teaches Sunday School. 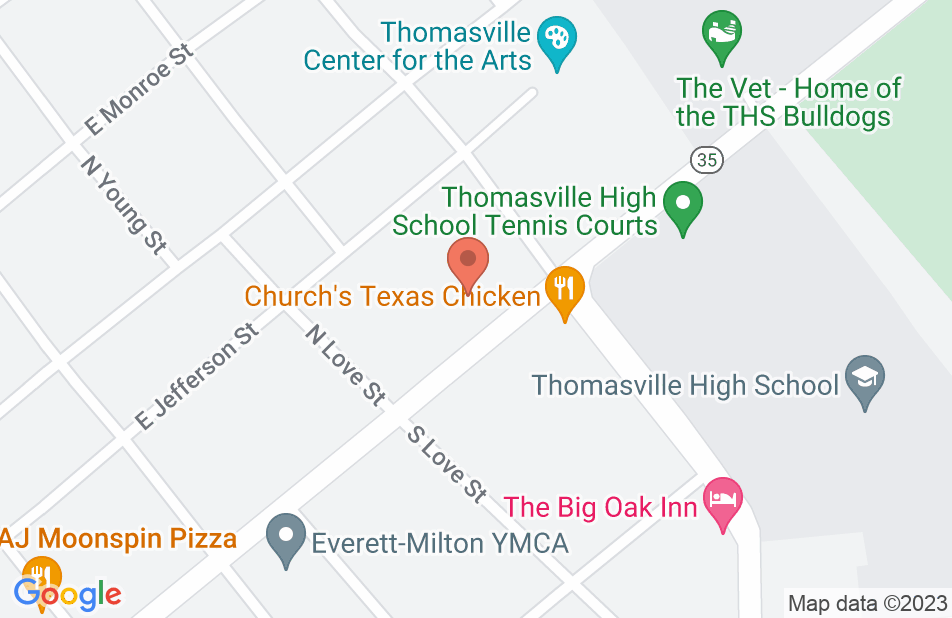 I'm so glad I chose Bree as my attorney. She and Nicole and Leigh Ann always made me feel comfortable and helped my very difficult divorce process go as smooth as possible. Not only did Bree fight for me, she fought for my children even harder. She is a fighter and she will not back down. She is compassionate and knows the law! I will definitely use Bree and Sullivan Law Firm in the future for any of my legal needs. I definitely recommend Bree for anyone needing legal advice or representation. Thank you all so much!!
This review is from a person who hired this attorney.
Hired attorney
Bree Sullivan-Howell's response: Thank you for this kind review, Meg! It was my great pleasure to be of service to you and your children. :-) Bright days ahead for you!

Bree and her office staff are helpful, patient, and understanding. They helped me navigate my divorce. I am grateful to Bree for not only her legal intelligence, but also her insight and support. She truly helped me get through this difficult time in my life.
This review is from a person who hired this attorney.
Hired attorney
Bree Sullivan-Howell's response: Thank you for the kind words, Jeana. It was my pleasure to help you through your case. I'm so happy you're pleased with the services you received! Bright days ahead for you! -BSH

I wanted to hire Bree because everyone said she is a winner, and I wanted to win. As my case proceeded, she led me to change my goal from winning to being happy. She worked hard and professionally to a resolution that made me happy. That's a big WIN in my book!
This review is from a person who hired this attorney.
Hired attorney
Bree Sullivan-Howell's response: It was a great pleasure representing you, Richard. I'm so glad you're happy. Thank you for this kind review. - BSH

Absolutely great representation. I appreciated her thorough detailed explanation of the process and proceedings to help guide my emotions during a difficult situation. Unquestionably professional legal representation. Total recommendation for anyone needing the best.
This review is from a person who hired this attorney.
Hired attorney

You will be glad you hired Bree Sullivan-Howell

I found Bree to be very thorough and thoughtful. She allowed me to set the tone of the divorce proceedings; but was also prepared to jump in to ensure the result we both wanted. I could not have asked for a better champion of my needs. I feel like I have my life back thanks to Bree Sullivan-Howell.
This review is from a person who hired this attorney.
Hired attorney

Bree is amazing. This has been a very difficult time in my life. The uncertainty that comes with a legal situation can be absolutely frightening. From the very beginning, Bree has made me feel at ease and confident. She is a powerhouse to be reckoned with. She is extremely knowledgeable of the law, not afraid to fight the big fights, and at the same time remain a down-to-Earth person and stay compassionate and humble. Her staff (Leigh-Ann and Nicole) are equally as wonderful. They are all so quick to respond to questions or concerns. I am so glad I chose Bree and will definitely go back to her should I ever need legal advice or representation again. WONDERFUL person, WONDERFUL attorney, and WONDERFUL staff.
This review is from a person who hired this attorney.
Hired attorney

My sister passed away in August. She left behind 2 sons, who wld have ended up with their dad. I went to Bree so she could help me gain custody of my nephews. She moved quickly and kept me informed on everything about the case. She's great and I would definitely recommend her form any of your legal needs.
This review is from a person who hired this attorney.
Hired attorney
Bree Sullivan-Howell's response: It was a great pleasure representing you. Those boys are blessed to have you! Best wishes to you and your family. :-)

My husband and I hired Bree to help with a custody case. She got us in immediately, gave us her cell number for constant communication, and aggressively fought for our family. We won our case and have gone back to Bree for further advice at a later date. Her office is professional and helpful. We would absolutely go back to the Sullivan Law Firm for any of our legal needs and would highly recommend them to anyone else needing legal services.
This review is from a person who hired this attorney.
Hired attorney
Bree Sullivan-Howell's response: Thank you for the kind review, Patricia! It was a great pleasure representing you. Best wishes to you and your family!

Listened very well to me as a client. Very professional. Took time to acknowledge my desires and gave options on how to reach the goals I provided.
This review is from a person who hired this attorney.
Hired attorney
Bree Sullivan-Howell's response: Thank you for the kind review! Please let us know if we can ever help you again in the future.

Ms. Sullivan is an excellent attorney. She listened to what I had to say and what my concerns were. Ms. Sullivan will definitely get the job done.
This review is from a person who hired this attorney.
Hired attorney
Bree Sullivan-Howell's response: Thank you for the kind review!
See all reviews

Bree is an excellent advocate for her clients, is very professional, and demonstrates that she is very intelligent and knowledgeable about the law and legal processes. She represents her clients with a high level of competence and advocates for them with passion. She is successful in accomplishing good results for her clients. I highly recommend individuals with family law issues to Bree Sullivan.

Bree is an excellent attorney in the area of family law. She's extremely proactive, smart, and hardworking--effectively obtaining successful results for clients. If you are going through a divorce or custody battle, I recommend immediately contacting Bree.

I have opposed Bree Sullivan in numerous family law matters. She was always very well prepared and knowledgeable about the case and about the law. She fights hard for her clients and garners excellent results for them.

Bree is an exceptional attorney and possesses both the knowledge and tenacity to handle even the most complex of divorce and custody matters. I have been opposing counsel in many cases with Bree and have the utmost confidence in and respect for her.