In addition to maintaining a successful law practice, Richard is a National Football League Players Association (NFLPA) Certified Contract Advisor (Agent). In 2006, Richard established KLASS Sports, where Richard serves at the company's President. Richard finds that skills he has honed during more than two decades of trying cases and negotiating settlements on behalf of thousands of injury victims, are directly transferrable to his representation of professional athletes.

Richard is married and the father of three boys. Not unexpectedly, when not tending to professional obligations, Richard spends the overwhelming majority of his time enjoying his family, including his parents who relocated to metro-Atlanta to be closer to Richard, his wife and children.

When Richard is not coaching soccer, taking his family to sporting events, or otherwise involved with family activities, he enjoys cycling and can be found riding considerable distances around Atlanta, particularly on weekends. Richard finds that a long bike ride is good for the body, mind and spirit, and helps recharge his batteries for the rigors of demanding professional commitments. 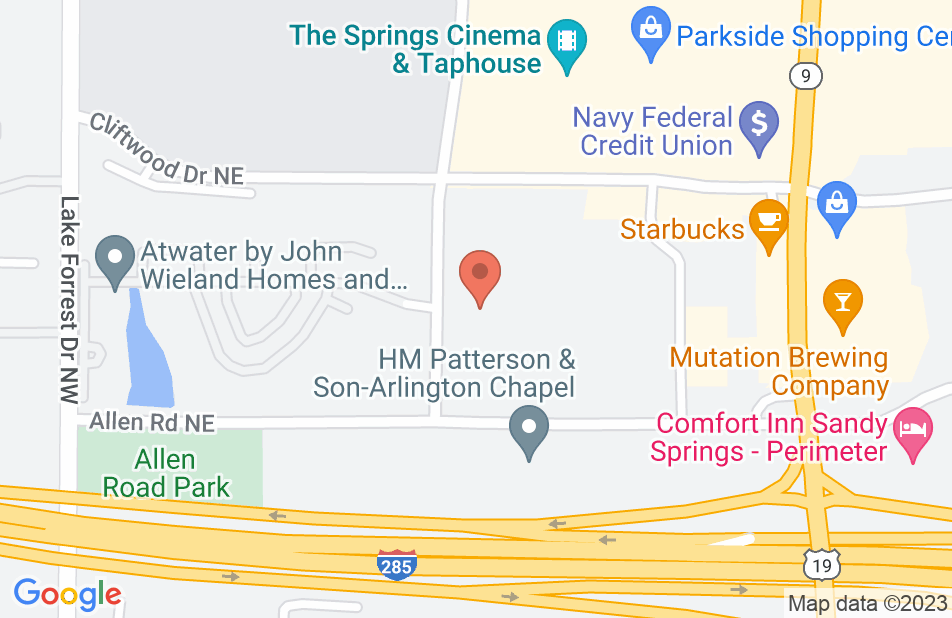 Attorney Kopelman came highly recommend to us and he was every bit of what was said. He is very accommodating and will always find time to talk to you and gets back with you in a reasonable time. Unlike a lot of other attorneys he does not pass messages through his assistant. He is a very personable guy. He also went above and beyond to gets us the maximum amount.
This review is from a person who hired this attorney.
Hired attorney

Richard helped my family so much

Richard represented me many years ago and did an excellent job with my case, so when my son Danny was involved in a car accident and injured his neck, I didn’t hesitate in telling him he should call Richard. Even though Danny was grown, he knew I would not steer him wrong, and he hired Richard to handle his case. Although the insurance company insisted the wreck was "minor," Danny was badly hurt and eventually he needed surgery to repair a herniated disk. Unfortunately, not long after his neck surgery, Danny was diagnosed with metastasizing cancer, and a few months later, he passed away. Richard and Danny developed a good working relationship and when Danny got sick, Richard made sure Danny knew Richard would see his case through to the end, even if Danny wasn’t here to reap the benefits of the settlement he deserved. Richard also made sure Danny had a Will prepared to ensure that the money from his case would be distributed according to Danny’s wishes. Thankfully, Danny didn’t suffer terribly long, but sadly, he passed away before his case was resolved. Even so, Richard never gave up on Danny or his case, and ultimately, Richard was able to recover a substantial settlement from the at-fault driver's insurance company. Although Danny never got the benefit of the settlement, he was comforted knowing the money would be used to provide for his family. I am grateful for all Richard did for Danny, and know he would be too.
See all reviews

I have known and litigated against Richard for almost 20 years. He is a fearless and experienced litigator who always puts the best interest of his clients first. I have referred several clients to Richard and will continure to do so. I heartily endorse Richard.

I endorse this lawyer. Richard Kopelman is an outstanding attorney. I have know him for years. He is compassionate, responsive and results driven. He ranks as one of the best lawyers in the USA. If you need an attorney, please consider calling Richard as your very first choice.

Richard is a sharp attorney and knows how to get the best results for his clients. We have worked together on various matters and he always has a keen insight into the law. I highly recommend him to anyone seeking counsel.

I endorse this lawyer's work. Richard is a tremendous trial lawyer. I highly recommend him.

Richard is an experienced and skillful plaintiff's lawyer and formidable adversary to any defense lawyer in a personal injury lawsuit. As the competency of a plaintiff's lawyer is something that a defense lawyer factors into a case evaluation for his client and insurer (as to projected verdict value), it is the astute plaintiff who hires a laywer like Richard to handle the case.

I endorse this lawyer's work. I have worked with Richard and have referred cases to him. He is an extremely competent attorney and serves the needs of his client and the profession well. Leroy Toliver

Richard is an impassioned and zealous advocate with a true dedication to his clients and to excellence in the practice of law. I readily recommend him.

I have known Richard for many years. His talent, tenacity and ethics are impeccable. I would not hesitate to recommend Richard to anyone looking for a smart, experienced and hard-working lawyer.

Richard is organized, diligent and has a firm command of all aspects of the law. He is firmly committed to representing each client fairly and responsibly. He has my unqualified endorsement.

Christopher Thompson, Lawsuits and disputes Attorney on Apr 23, 2010
Relationship: Worked together on matter

I endorse this lawyer's work. He is a superb lawyer and aggressive litigator, if that is what is needed.

I first met Mr. Kopelman several years ago when we were on opposite sides of a lawsuit. He was a tenacious advocate, but always professional and ethical. I gained much respect for Mr. Kopelman and his practice during that prior lawsuit. Now that I am no longer practicing Defense work and represent exclusively injured Plaintiffs, I reguarly associate Richard on my cases due to his knowledge and expertise. That is the highest praise I can give a fellow lawyer. He is one of the finest lawyers and men I know and I would be proud to have his representation. James M. Roth THE ROTH FIRM, LLC