Mitchell D. Benjamin was born and raised in New York City. He focuses primarily on the practice areas of  wage and hour law. He has represented over a thousand employees in a variety of employment related disputes, including unpaid overtime and minimum wages, sexual harassment, discrimination claims based on race, age, gender, national origin, or disability, and retaliation cases in both the state and federal courts.

He is, first and foremost, concerned with the unique interests of each individual or union which comes to him for help. In addition to litigating employee claims, he uses his mediation skills to resolve claims by settlement and agreement when possible. Many employment matters do not need to be litigated at all. In fact, much of Mr. Benjamin's employment law experience is put to use by negotiating settlements and severance packages for employees in Atlanta and throughout Georgia. However, Mr. Benjamin will aggressively litigate cases in court when necessary.

A significant portion of Mr. Benjamin's practice consists of representing executives in the negotiation of severance packages with both private and publicly held companies.

In 2008, Mr. Benjamin represented over 600 City of Atlanta police officers in an overtime lawsuit resulting in a settlement of $7,500,000. Mr. Benjamin has also been hired by proactive businesses and public entities to review their overtime and wage policies and make recommendations to bring them into compliance of the law before they are sued. 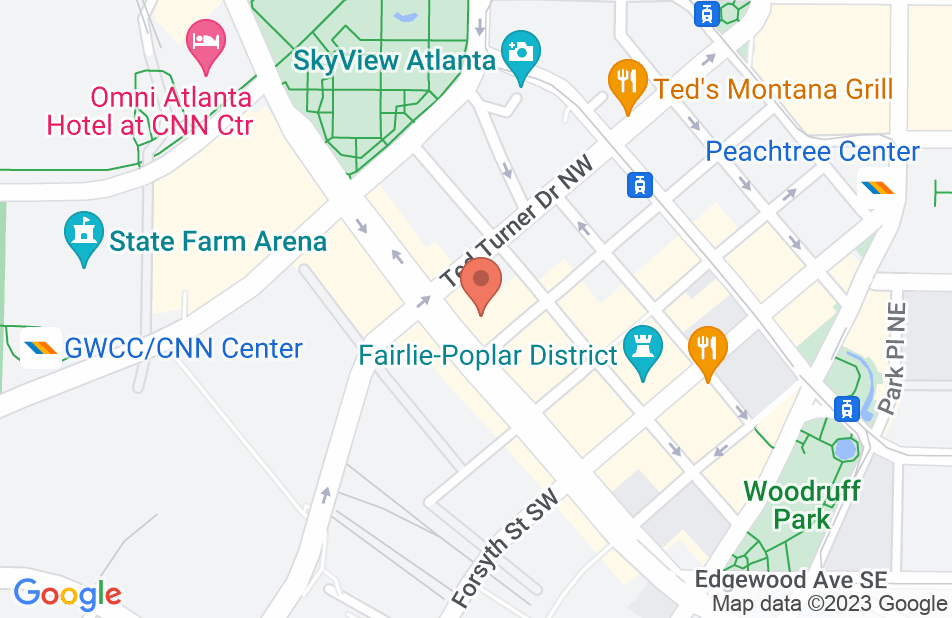 I was referred to Mr. Benjamin by a colleague. I had a somewhat complex legal case within the technology industry that involved a former employer and resellers of that employer. The first lawfirm I had spoken to struggled with the complexity of the case. Mitch, however, was able to quickly comprehend the facts of the case and then crystallize what the legal issues were in a way that made it very easy for me to make decisions. He was very sincere to work with and was generous of his time. Mitch is by far the fastest study of any lawyer I have worked with in 10 years. I highly recommend him.
This review is from a person who hired this attorney.
Hired attorney

One Hell of an Attorney!!

I was in a lawsuit against a former employer for not paying over time wages to me and other employees. Mr. Benjamin took my case. He worked hard to get me what was coming to me and my fellow co-workers and ensure justice was done. I have always heard negative things about attorneys being crooked, and anyone who says that has never met Mitch or his team! I cannot express how pleased and impressed I am with the level or knowledge, experience, and professionalism that he and his team exhibited. I never had to wonder where I stood with my case, Mitch always kept in contact with me and did exactly what he said he was going to do. I recommend him and any of his capable team to anyone needing honest representation. He exudes passion for law and justice. One hell of an attorney.
This review is from a person who hired this attorney.
Hired attorney

Mr. Benjamin was knowledgeable about the law and how it applied to my situation. He was supportive, gave me good advice on how to deal with my employers as he helped me obtain a favorable severance agreement. At the time I came to him I was stressed and depressed from dealing with my situation. Knowing that he was on my side and had my back gave me the confidence to see things to a successful conclusion.

Mitch helped me tremendously in negotiating a separation agreement with a former employer. I was very impressed with the subject-matter expertise, compassion, integrity, candor, courage, and the overall professionalism displayed by Mitch. Throughout the entire negotiation process, Mitch always had my best interest at heart and provided me with sincere counseling and advice. Mitch was a tough negotiator, but operated honestly and with the highest level of integrity. He never hesitated to fight for what was right. Ultimately, Mitch was able to negotiate a significantly enhanced separation agreement that provided much better protection for me and my family. Mitch was also very efficient. The entire process was completed within several weeks. I am deeply grateful to all the great help from Mitch and his legal partner Matt Billips. I highly recommend Mitch, his legal partner Matt, and their law firm to anyone who need help from employment/labor attorneys!

When I heard our Fire Department Union had a new attorney I was hopeful. When I finally met Mitch I was immediately impressed with him. He was personable and knowledgeable but, mostly, he seemed to genuinely care. He proved that to be a fact when he went to bat for me when he did not have to. Mitch was aware my off the job injury ended my career and most of my income. He assisted me simply because I had been in the Fire Service and it was his way of saying thanks. That was a blessing I could never put a price tag on. Thank you again, Sir!

Mitchell Benjamin, an Attorney Who Gets Results

Mitchell handled an overtime case for me against a giant corporation. Mitchell's advice to me and his extensive experience helped us to win a sizable award against the tens of thousands of dollars my ex-employer spent to squash the case. In every aspect of my case Mitchell was there with me. Of all the attorney's I've retained in my lifetime I found Mr. Benjamin to be the most sincere and dedicated, to me the client. Thank you Mitchell for your expertise and your friendship.

Mitch is an inspiration. As a fellow employment law practitioner, his insight, experience and expertise are highly valued. Mitch is well-regarded by his peers and clients alike. I highly endorse this attorney.

I endorse and highly recommend this lawyer. Mr. Benjamin is one of the premier employment attorneys in Georgia, particularly in the area of wage and hour law. He has a lot of experience in this field, including handling collective actions.

I endorse this lawyer. I worked with Mitch on a class action/collective action labor/overtime case that was challenging and ardently defended. We had approximately 300 clients in 14 states. Mitch did a great job commanding the ship, leading the class through treacherous waters to the ultimate port: $$$$. High recommend!