Christopher S. Harris represents individuals in all of the current practice areas handled by the firm. Having personally dealt with family law issues while serving in the United States Marine Corps and in college, Christopher felt the calling of the law and committed himself to the practice of it. After graduating Sandy Creek High School in Tyrone, Georgia, he served on active duty as an infantryman in the United States Marine Corps and received an honorable discharge before attending college. Christopher attended The University of West Georgia before taking leave to work for Delta Airlines and ultimately transferred and received his Bachelors degree in Economics from Emory University in 2004. Christopher then earned his juris doctorate at The University of Michigan Law School and has been in practice since 2007.

Christopher has successfully tried felony and misdemeanor criminal cases involving a wide variety of charges, including murder, arson, burglary, robbery, aggravated assault, kidnapping, racketeering, child pornography, drug trafficking, human trafficking, rape, aggravated child molestation, juvenile charges, and D.U.I., among others. Having grown up around the law and by having his own life affected by it, Christopher genuinely understands the importance of your case to you.

Christopher lives in Atlanta with his family. He is a rabid Michigan Wolverines fan. 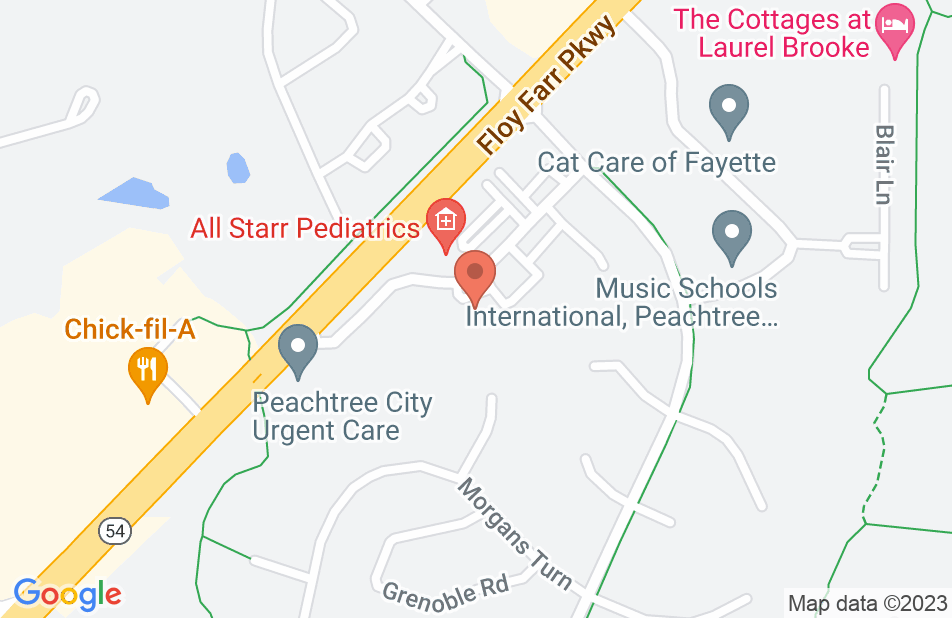 The Law Firm of Harris & Harris LLC- Appointment Only

Chris has been my attorney for almost 4 years now, and I can say without a doubt that he is one of the best attorneys I could have picked. He is always professional and courteous. If I ever had a question or concern about my case he was very prompt with delivering all options available where I could understand them clearly. He is a top notch attorney, and I strongly recommend Chris if you need legal help.
This review is from a person who hired this attorney.
Hired attorney

I was recommended to Chris Harris by two acquaintances of mine that needed legal help in the past. (Witch both had gone shockingly well for the charges they had received) After meeting with Chris I knew I was gonna hire him. There was no false hopes. He meant what he said. He was always in touch and easy to reach if needed. He had explained to me all the different ways we could have gone about my case and different possible outcomes. He was 100% on my side to help me and for a real reasonable price. I highly recommend sitting down and at least talk with Chris Harris. He helped me tremendously.
This review is from a person who hired this attorney.
Hired attorney

I have worked in the Fayette County area as an educator for 25 years . I have never had any legal trouble and was extremely nervous when I had to contact a lawyer about a situation that I found myself involved in. Chris listened to me and made me feel very comfortable and very clearly explained to me all my options and ways that he could help me. When we went to court he had a wonderful rapport with the judge and calmed my nerves . Not only did he help me but he got my case totally dismissed! I highly recommend Chris Harris to anyone who is looking for someone who knows the ins and outs of the law and also makes you feel confident and comfortable. Thank you so much Chris .
This review is from a person who hired this attorney.
Hired attorney

Attorney Christopher Harris is awesome! He is very knowledgeable, professional, dependable, thorough, understanding and caring. For over a year my son had been dealing with the aftermath of a relationship that ended badly. His ex decided to make malicious false claims against my son. Chris was recommended to my son by a trusted friend. All I can say is he was a Godsend! He exposed her for the deceitful fraud that she is. We can never thank Chris enough.
This review is from a person who hired this attorney.
Hired attorney

Attorney Christopher Harris is the BEST!!! After hiring and subsequently firing three different Attorneys that I felt were not working in my Son's best interest, I was blessed to meet Mr. Harris. His knowledge of the law, outstanding work ethic and caring attitude towards my family was impeccable. Mr. Harris was a calming spirit that helped my family get through a very hectic and difficult time. We are forever grateful. Thank you Mr. Harris for giving my Son a second chance
This review is from a person who hired this attorney.
Hired attorney

My divorce was not terribly complicated, but after my experience with Mr. Harris & Ms. Vu-Phlong, I'd say that my divorce was way too easy! This is a professional law practice that is still able to deliver prompt and caring attention. I highly recommend.
This review is from a person who hired this attorney.
Hired attorney

In early Spring of 2013, my dog was involved in an altercations with the neighbors dog that resulted in injuries to both the dog and its owner. With lacked of knowledge about the law and its nature, Chris and his team made me feel right at eased with the situation. They answered every question and made sure that I understood the logistic as it progressed. As the court date came, my emotion was everything but nervous. Chris demonstrated a gifted talent that could not be duplicate. Based on high recommendations, I couldn't be more pleased with the outcome of this case(NOT Guilty)I'm so thrilled I found a lawyer that I could trust and have my back in all my legal matters from now on. I highly recommend this firm to anyone. Will worth your time and money!!

Christopher Harris represented me in my divorce. The year and a half it took to go from initial separation to final divorce decree was a long one. Mr. Harris was knowledgeable, available, and supportive throughout the long process. I could not have asked for a better attorney to represent me. There was a business ownership in dispute. Chris was successful in having the business awarded to me. I am truly grateful for all the time and effort he put in looking out for my interests.

Mr Christopher Harris represented my son in an indictment that consist of four felonies and one misdemeanor. When we first met him on this case he displayed professionalism that we were truly impressed. Mr Harris was trustworthy, responsible and very knowledgeable of the case during trial and of the law. Once Mr Harris was obtained to represent, he kept the family informed on the procedures, what to expect, what could happen and others requirements that was needed to proceed with the trial. The trial was rescheduled several times and Mr Harris asked us to try to stay calm. The trial week we were high on anxiety and the outcome was the four felonies NOT guilty and the one misdemeanor guilty. The sentence was twelve months probation. The outcome was excellent on the behalf of my son. The demeanor of Mr Harris in the courtroom was looked to be professional and compassionate to our parents and the judge. The judge told Mr Harris that he conducted a excellent defense on the case when we were leaving the courtroom. My family is very appreciative of Mr Christopher Harris law firm. We have and will recommend him to others. Thanks Chris

Mr. Harris did an excellent job on my divorce and custody fight. Hiring him was well worth the peace of mind. He makes himself available unlike other attorneys I've heard about and he has helped everyone I've referred to him. Highly recommended!

I endorse this lawyer. He is my son and he is smarter than I ever was. He is a hard worker and have had many clients and fellow lawyers brag on his effectiveness and abilities. I was fortunate to work with my son for almost 5 years.