I am a Georgia attorney focused on representing those who have been injured either on the job or due to the negligence of another. I take a personal and professional approach to representing clients and make it a point to provide an open line of communication to anyone that I represent. I care about my clients' cases as well as their well being. 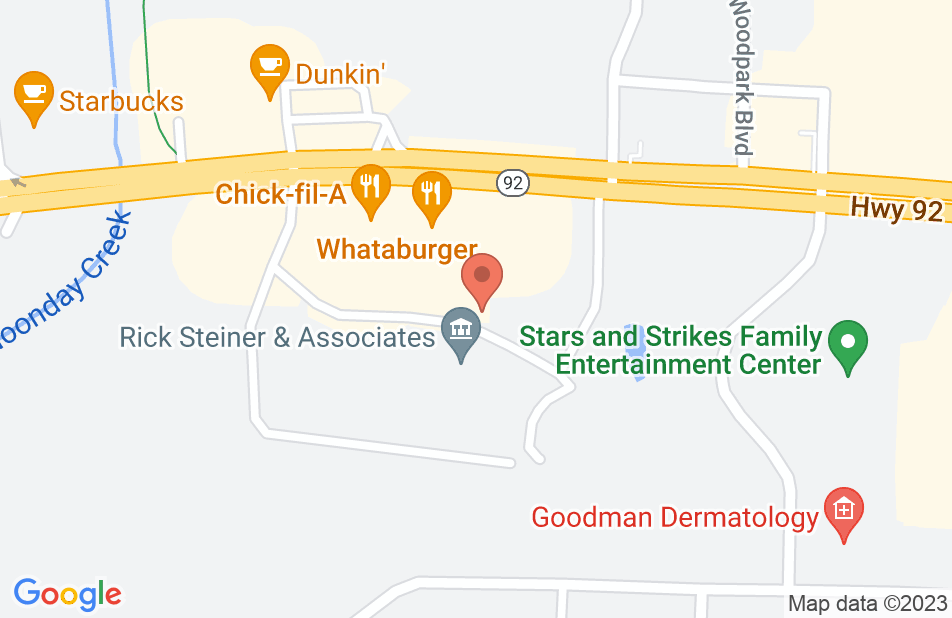 I was very pleased with the level of customer service and attention my case received when I came to Nicolas after leaving a very commercialized and popular attorney in Atlanta. Not only did I get a great settlement but I was kept informed every step of the way about my case by Nick himself. Nick and his staff went out of their way to make sure I got the care I needed and I would definitely recommend his services to anyone in need of an experienced attorney, even if already are being represented but are not satisfied with how your case is being handled like I was. My family and I will always be greatfull for all he has done to get our lives back on track.
This review is from a person who hired this attorney.
Hired attorney

Thank you. Thank you isn't good enough. I will always recommend you.

Nicholas Warlick and his staff were professional, courteous and always responsive. He was not only knowledgeable but was also very thorough. One very appealing characteristic was the way he explained the process in layman's terms for me. I am not an expert in worker's compensation claims and he always made sure that I understood not only what he needed, why he needed it and what I should expect as time progressed. Thank you Nicholas Warlick and staff for making a very unpleasant situation alot more tolerable.

Lawyer Nick Warlick helped me when my daughters and I were involved an accident. He provided us with genuine concern and had our best interest at heart. He was able to get me a fair amount on my small case and I couldn't be any happier. He was very helpful throughout the entire duration of the case and was very respectful. I would highly recommend Warlick to anyone who is looking for a personal injury lawyer!
This review is from a person who hired this attorney.
Hired attorney

Nicholas and his group were solid for me during my entire time working with them. I am a very busy person, so all of our communication was to the point, while still feeling thorough. I greatly appreciated that. I always felt like they had my best outcome at heart and worked to deliver on that. I would use them again if needed without hesitation.
This review is from a person who hired this attorney.
Hired attorney

Mr. Warlick I want to take this opportunity to thank you for being an outstanding lawyer. You and your team always called me back and responded to emails in a timely manner. It was always a pleasure to talk to you. You were very knowledgeable and confident. You answered every question I had very thoughtfully and in a language I could understand. I would highly recommend you !!
This review is from a person who hired this attorney.
Hired attorney

I'm so glad I met Nicholas Warlick! I was injured in a car accident and after meeting with other attorneys, I was almost ready to give up on my case. After speaking with Nicholas, my hope was revived! He made it unbelievably easy to settle my case. He is professional and easy to communicate with. If you're looking for an attorney, look no more! No one wants to deal with the legalities after being badly injured. Mr.Warlick will handle your case efficiently and minimize any stress you have about your case! I'm so thankful to have met him.
This review is from a person who hired this attorney.
Hired attorney

Mr. Nick Warlick is an outstanding attorney. He has handled my auto accident case and won it, achieved the best results. He is very educated, professional and responsive. Nick is a great listener, and has done his best in my case and I can't thank him enough. He is definitely a first class attorney who cared about me and my case. I would recommend Mr. Warlick to all my friend and family without any slight hesitation. Again, thank you Mr. Warlick for being there when I needed your assistance. Mohamed - A grateful client.
This review is from a person who hired this attorney.
Hired attorney

He helped me so much and did an amazing job! He was flexible and easy to get in touch with, very helpful at answering any questions. I highly recommend him to anyone!!
This review is from a person who hired this attorney.
Hired attorney

Mr. Warlick did an amazing job handling my car accident and was able to get me a fair settlement. Whenever I had a question I could just email his assistant and always received a quick response. Mr.Warlick has handled several other cases of family and friends and we always pleased with his work.
This review is from a potential client who consulted with this attorney.
Consulted attorney

I recently hired Nicholas Warlick to assist in a case. Nick made this process seamless. I would highly recommend this firm to anyone who is involved in a worker comp./car accident. He able to save us a lot of money without having to go through the expense of a costly litigation. I would highly recommend his services!
This review is from a person who hired this attorney.
Hired attorney
See all reviews

Nick is a great lawyer. He is a highly skilled practitioner and and an unmatched advocate for his clients. I highly recommend Nick.

Nick has the dedication and experience to get the most out of each and every case he handles. He is a talented and dedicated advocate that I would recommend to anyone in need of a personal injury attorney.

Nick is an extraordinary attorney who truly takes care of every aspect of a client's case. Every case that we have worked on together not only has his high quality work set the client up for the most successful results, but also, the clients are always so happy and grateful for the extra mile that Nick goes for them. We need more attorneys like him!

Nick and I have worked on several matters together and he has always done a great job for his clients.

I've known Nick both personally and professionally for a number of years. He is an extremely intelligent and diligent attorney who is well versed in numerous areas of the law.

Nick Warlick is one of the strongest lawyers that I know on workers' compensation issues and personal injury matters. Indeed, he was among the brightest in our graduating law school class on these very subjects. He is a very diligent worker with a keen eye for the law. Any prospective workers' compensation claimant or injured party is lucky to have him as their advocate. I whole-heartedly endorse Mr. Warlick.

Nick is a top notch personal injury lawyer. He knows the law and he aggressively advocates for his clients. I highly endorse his work.

Nick provides exceptional attention to his cases resulting in maximum recovery for his clients.

Nick is the definition of a dedicated professional. He is trustworthy, intelligent, aggressive, and extremely capable. I am confident that clients I refer to Nick will receive expert and compassionate representation. I admire the level of service Nick provides to his clients as well as his ability to resolve matters efficiently and favorably.

Nick is an excellent attorney who genuinely cares about his clients. He is an advocate who tirelessly seeks justice on behalf of injured workers in Georgia.

Nick Warlick is a dedicated, caring, responsive, and, above all, extremely capable attorney. He gets terrific results, and achieves them in a way that makes the process easiest for the client. I would never hesitate to recommend him to friends and family, resting comfortably in the knowledge that they would be in excellent hands. You will be hard-pressed to find an attorney more able to meet your needs than Nick Warlick.

If I had one word to describe Nick Warlick, that word would be tough. In law school at the University of Georgia, Nick stood out not only because he could run circles around the other students in the class room, but also because he was a fighter, as in an MMA fighter. The same qualities that make Nick a feared adversary in a street fight are also the qualities that make him a tenacious litigator: Merciless, aggressive, without fear. I wholeheartedly endorse this lawyer. If you want someone in your corner whose going to fight tooth and nail--fight to win, then this is your man.

Nicholas is dedicated to helping those injured on the job or by the negligence of another. Nicholas zealously represents his clients.