In 2011 Jason was named as one the "Top 40 Lawyers Under The Age of 40" by The National Trial Lawyers Association.

In January 2012, Jason was recognized as a "Georgia Super Lawyer" by Atlanta Magazine in the fields of Plaintiff's Medical Malpractice and General Personal Injury practice.  He was the only lawyer in the Cumming/Forsyth County area to receive this award.  This recognition as a Georgia Super Lawyer for 2012 came after he was named as a "Rising Star" by Atlanta Magazine in both 2010 and 2011.

Jason is also a past president of the Atlanta Council of Young Lawyers and former Board member of the Atlanta Bar Association and Atlanta Volunteer Lawyer Foundation.

For more information about Jason, the firm, and examples of past cases the firm has handled please visit our website at www.mantonlaw.com. 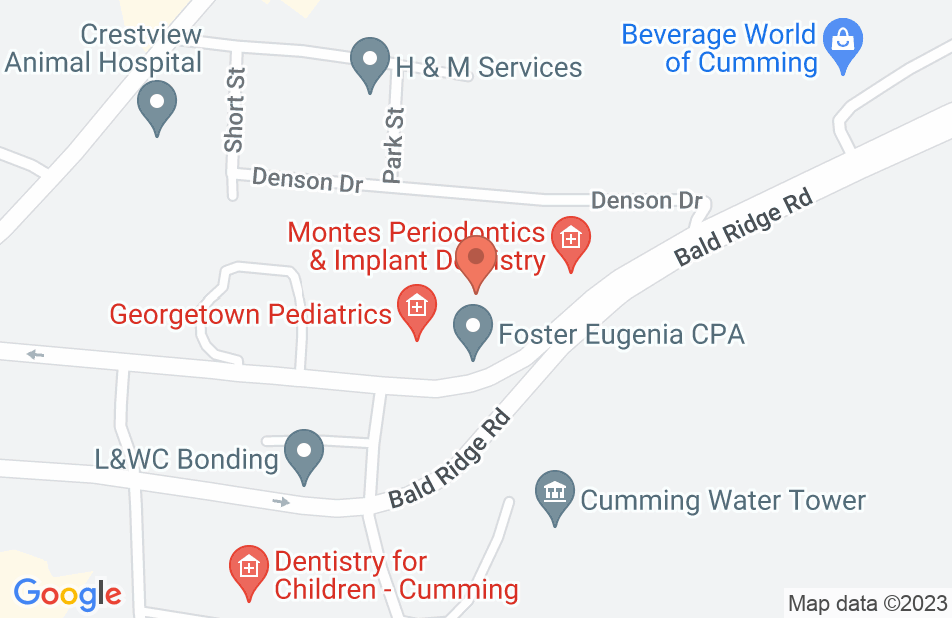 Mr. Manton done an outstanding job in assisting in resolving my medical bills with my Insurance company. He persevered with us for several years to make sure the I was able to get the surgeries that I needed. Greatful for his assistant in our accident. Done an outstanding job!
This review is from a person who hired this attorney.
Hired attorney

Jason Manton is the Best!

I had a horrid wreck that totaled my one month old car in 2013. It was not my fault. I hired “the strong arm of the law” to handle my case. It took about a 18 months and I ended up with about $4k and double the interest on my replacement car. So in 2016 when someone ran a red light and I was rear-ended. I hired Jason. The case was a difficult one to say the least. Jason was always kind, considerate and professional. He kept me informed all along the way. He is the brightest attorney I have ever dealt with. It took us about 2 years and I got a settlement I could have only dreamed about. He is amazing! My only regret is that I didn’t hire him the first time! If you want an attorney that will give your case his all and really care about the outcome for you - Jason is the one!
This review is from a person who hired this attorney.
Hired attorney

The Manton Law firm aka Jason Rocks! He handled my case with confidence, compassion and professionalism!
This review is from a person who hired this attorney.
Hired attorney

I hired Attorney Jason Manton after my involvement in a car accident approximately 2 years ago. Due to the medical care required for my severe injuries, the case took much longer than was anticipated . During that time, Attorney Manton ensured that all my medical needs were met and fought relentlessly for a settlement that was well deserved. Attorney Manton exceeded all my expectations. He is a man of integrity, professional at the highest level, genuinely cares about his clients and a pleasure to work with. He is highly recommended.
This review is from a person who hired this attorney.
Hired attorney

Jason handled my car accident quickly and efficiently! He genuinely cares about his clients and the community. His integrity is above reproach and he isn’t going to represent just anyone to make a buck! Highly recommend!
This review is from a person who hired this attorney.
Hired attorney

My wife and I hired Jason Manton after my wife's auto accident. I tried to settle the case on my own for almost 2 years with no luck. Because of the 2 year limit, Jason had just 2 months to settle this case. Jason settled the case and my wife received a check for thousands more than I could ever have negotiated on my own. I should have called Jason much sooner. Jason was a pleasure to work with and I gladly recommend him. Wayne
This review is from a person who hired this attorney.
Hired attorney

Jason Manton is the best

I like Jason because he is honest and has values. Up front he told me he can't represent me if I lie to him and I told him I had nothing to lie about so we shook hands and got everything started. I appreciate his knowledge and quickness in response times. He was efficient, always there for me and he did more for me than any attorney has done. Jason is a very awesome attorney and I would highly recommend him and will always keep his card with me. He is a smaller firm and he always had answers for me. I think the world of Jason. Can't thank him enough for all he has done. I can't leave out Kristy his assistant she is so kind and her and Jason both made me feel welcomed and cared for. Thanks, April
This review is from a person who hired this attorney.
Hired attorney

Jason is an outstanding attorney. He is well versed in nursing home abuse matters as well as medical malpractice, and personal injury. I would not hesitate to send a matter to Jason, knowing that he would put considerable attention and effort to it.

Jason is an excellent, hard-working lawyer. I happily endorse this lawyer.

I endorse this lawyer. I have know this lawyer for over 15 years. Jason is without a doubt one of the top Plaintiff's Attorneys in the state of Georgia. I have referred several clients to Jason in the past, and all have thanked me for the work Jason performed on their behalf. Jason works tirelessly for his clients and the proof is in the results. It is with great honor that I endorse Jason.

I have known Jason for over fifteen years and endorse his abilities, professionalism, and skills as a trial lawyer. Jason is a determined advocate for his clients and will take even the most difficult cases to a jury to obtain the best results for them. Jason and I often share thoughts on medical malpractice topics and strategies and I always appreciate and respect his insight and experience.