My law practice began as a clerk for the South Carolina Circuit Court.  I worked for Judge James C. "Jimmy" Williams for a year before transitioning to private practice.  My first three years of private practice focused on Criminal Defense, particularly DUI Defense.

As time progressed my Family Law Practice conitnued to grow and consumed more of my time. The joy I find in helping my clients with their domestic issues meant that those same clients reffered more and more friends and family members to me and my firm.  As a result, I only handle DUI or criminal defense case for prior clients or refferals.  My true love and passion is in our state's family courts.

There is little else more important than our families and our children.  The toll a separation and divorce can take on an individual's emotional, physical and spiritual health demands that they can trust, respect and bond with their lawyer.  I work hard to establish that connection with each person I represent and will conitnue to do it so long as I practice law. 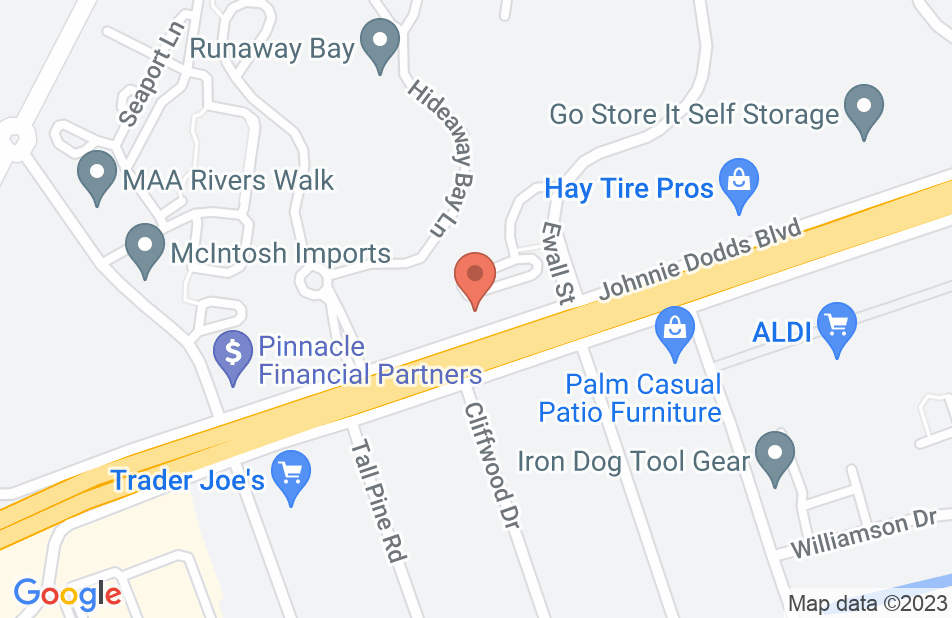 Brian helped me in a family court matter in 2017. He was upfront, honest, and direct in regard to my options and plan of action. Working with Brian I could tell he cared and was empathetic to my situation. Looking at Brians background between his time spent in Law enforcement, his studies, and who he is as a man makes him very well rounded and non-bias. It's difficult to find good people in ay trade these days, after working with him I can say he is my go to for any legal matters here on out.
This review is from a person who hired this attorney.
Hired attorney

A Blessing in a Trial

We hired Brian Burke to represent us in a custody case. Family court cases are by nature very personal and highly emotional. We are so thankful for how open, honest and timely Brian handled our case. I appreciated his direct approach with communication, clear guidelines and realistic expectations. Brian did what was right for us in a very professional manner. We would highly recommend Brian Burke for any legal representation.
This review is from a person who hired this attorney.
Hired attorney

Brian was very accurate in outlining what needed to be done to accomplish the objectives we established. In the end he delivered and achieved each goal. Anyone who desires exacting counsel that delivers results should hire Brian.
This review is from a person who hired this attorney.
Hired attorney

I have hired Brian for two divorces. The first was a long, drawn out, child custody case that lasted 27 months. Brian was optimistic, but realistic. He kept the pressure and attention on this case, and was in constant contact with me. He led and guided my actions, offered suggestions, and stayed close with me. He never faltered. In the end, I gained custody of my son. In SC, a man getting custody is certainly an exception to the rule. My son has flourished, becoming a straight A student, District Cub Scout of the Year, a star soccer player, and has become a fine young man. My second time was much less complicated, we had no children, and it was just marital property settlement. Brian moved through our case quickly, thoroughly, and stayed in contact. He filed all motions promptly, and we got through it as quickly as possible. I would recommend him to anyone seeking a top shelf family attorney.
This review is from a person who hired this attorney.
Hired attorney

Brian handled my divorce recently and was very good in getting the best situation possible for me in negotiations for the Separation/Divorce Agreement. I would recommend him any time!
This review is from a person who hired this attorney.
Hired attorney

After my son got in to some trouble in Charleston we contacted Brian. He was professional and explained the charges. He was detailed in what we needed to do and also explained what would happen in the future if my son was convicted. We are very grateful for the time and information. Very highly recommended!
This review is from a potential client who consulted with this attorney.
Consulted attorney

I retained Mr. Burke after a potential career ending mishap. I was immediately relieved after consulting with him that I had made the right choice concerning who was representing me. Mr. Burke spoke clearly and to the point, not hiding any information while being honest. This is exactly what I was looking for, honesty. Instead of telling me what I wanted to hear, he informed me what I needed to hear. I applaud Mr. Burke, and would highly recommended his services to anyone in need of solid representation.
This review is from a person who hired this attorney.
Hired attorney

Brian Burke has been hired by my family for real estate closings, traffic tickets and family court proceedings. He is the most honest, hard working professional we have ever dealt with. His character and work ethic are above reproach. I would highly recommend Mr. Burke for any of your legal needs. All of our dealings were handled in confidence and in a timely manner.
This review is from a person who hired this attorney.
Hired attorney

I had recently hired Brian for a family court matter and couldn't have been more pleased as a client. He was professional and accurately assessed the situation when there really wasn't much time due to a deadline. Most importantly though, he gave me realistic expectations of potential outcomes and what really to expect for a successful outcome for me. I have hired lawyers before and never got that attention to detail as I have from him. He is extremely honest too and I always felt confident that he had my best interest in mind. I was extremely satisfied with my outcome. Even if the situation had not gone my way, I still would have felt that I had excellent representation from Brian Burke. I would highly recommend him when you need an attorney.
This review is from a person who hired this attorney.
Hired attorney

I hired Brian Burke a couple of years ago for family court matters as well as my divorce. I was always confident in Brian when we were in court rooms. I never doubted his capabilities as to whether or not he was making the right decision for my family. He is trustworthy, honest, and always put my fears to rest. My emails and telephone calls were answered promptly and I felt valued by Brian and his entire office. I have recommended Brian numerous times to friends and a few have hired him. I will be using his services again for adoption later this year. If it weren't for Brian, I wouldn't have my happy and healthy family to tuck into bed every night. I am beyond grateful.
This review is from a person who hired this attorney.
Hired attorney
See all reviews

I have known Brian personally and professionally for decades. Brian possesses the skill, character, and all traits to handle any matter that I refer to him, which is often. I strongly endorse him for any criminal or domestic matter. Brian gets it.

I have opposed Brian on several matters. He is a skilled and knowledgeable negotiator, a zealous advocate for his clients, and adept in the courtroom. He will do whatever is necessary to get the best possible result for his clients. I am proud to call him my colleague and friend.

Brian is always diligent and thorough when he is representing someone. I would highly recommend him to anyone in need of an attorney.

Worked with Brian on opposing sides and he was professional and represented his client zealously. Would highly recommend and wouldn't hesitate to refer clients to him for family law matters.

Brian is an excellent attorney that goes to battle for his client in the court room. He makes a difficult time for his client a lot less stressful through excellent communication skills. If you are thinking about getting a divorce, I would highly recommend meeting with Brian. I endorse this lawyer.

Brian is a great attorney and I highly recommend him for child custody matters.

Brian is an excellent attorney. I highly recommend his services in the field of domestic litigation.

Brian is a great lawyer to whom I have referred multiple clients and will continue to do so.