You & Your Case, No Matter How Large Or Small, Are Important.

Susan Rosen is an experienced trial attorney who has represented both plaintiffs and defendants in a variety of cases with an emphasis on medical malpractice and personal injury litigation. Susan has been selected by her peers to be included in The Best Lawyers in America in both the medical negligence and personal injury categories. She was the Best Lawyers’ “Personal Injury Lawyer of the Year” for Charleston in 2013 and Best Lawyers’ “Medical Malpractice Lawyer of the Year” for Charleston in 2018 and in 2011. For many years, Susan has been selected for inclusion in the South Carolina Super Lawyers magazine. She was selected for the Leadership In Law Award in 2013 by South Carolina Lawyers Weekly. Susan is also a Circuit Court Mediator, certified by the South Carolina Supreme Court.

She has represented numerous people in medical malpractice claims and won one of the largest medical malpractice verdicts in the state - a $7 million verdict awarded by a Greenville County jury. Her prosecution of a civil murder case in a federal court in Atlanta gained national attention and was reported on national television. She has represented clients in a variety of matters including wrongful death claims, unfair trade practices, products liability claims, medical malpractice claims, commercial disputes, and an extensive number of employment suits. She is a member of the American Board of Trial Advocates (ABOTA), previously serving as the President of the Charleston Chapter. Ms. Rosen is also a member of the Multi-Million Dollar Advocates Forum. Ms. Rosen is also a Circuit Court Mediator, certified by the South Carolina Supreme Court. She is a member of the James L. Petigru American Inn of Court.

Ms. Rosen has been published in numerous legal publications. She authored the topic, Accountants, which was published in SOUTH CAROLINA JURISPRUDENCE, and co-authored the topic, Fraud, also published in that multi-volume treatise. Additionally, she co-authored an article entitled "Controlling Person Liability for Motor Vehicle Dealer Violations of the South Carolina Motor Vehicle Unfair Trade Practices Act: A Proposal for Reform," 47 S.C.L. REV. 349 (Winter 1996). She has lectured at legal education seminars for the South Carolina Bar, Charleston County Bar, ABOTA and the South Carolina Trial Lawyers Associations and has received an AV rating - the highest professional rating in the MARTINDALE-HUBBELL LAW DIRECTORY. She also served as an Adjunct Assistant Professor at the Medical University of South Carolina from 1985 through 1998. 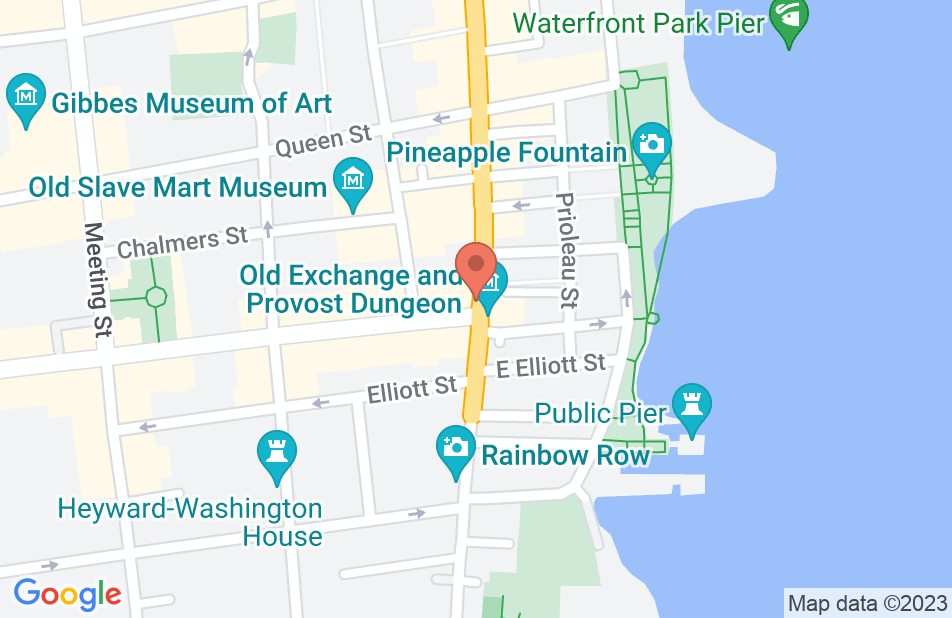 Susan Rosen has consistently provided legal services that are superb. I have total confidence in both her knowledge and judgement. She is compassionate, considerate and straight-forward. Her priority is always what is best for me, not what is most advantageous for her. I have consulted Susan on both personal (wills, etc) and business (liability, employment) issues. Her advice has always been delivered in a way that is easy for me to understand, with my decision being the final word. She is very determined and will see any case/project through to the end, always looking for the best resolution for her clients.

Susan Rosen was an excellent attorney for the financial / real estate contractual issue we faced. She did a fine job and we got what we wanted out of the settlement. She was "no nonsense" - to the point and very realistic in what we should expect. I'd use her services again in a hear beat!

I have engaged Ms. Rosen on a number of occasions for both personal and business matters in South Carolina. She is an extremely knowledgeable and competent attorney who provides highly professional and pragmatic counsel and advice. She has proven to be a skilled litigation strategist and valued advisor in business decisions. As a lawyer and a client, I have the highest regard for her and would choose to have her represent me, as the need may arise, in the future.

We worked with Susan on a complex litigation for a number of years, the suit went through the full appeal process. In retrospect there is no attorney that I would prefer to have other than Suasan Rosen. Susan represents a client with their best interest as the main consideration

A lwyer fir All Seasons

I found her to be meticulous, and quite detailed on what I needed to do when faced with Dealing with Barnes and Noble, who were responsible for my accident. Her advice was invaluable in getting a successful conclusion to a complex personal injury cass

I endorse this lawyer.I have worked with Susan Rosen as cocounsel in a medical malpractice matter, and against her in a commercial matter. Susan is very smart, works very hard, is always prepared, and i would trust her to represent me in any matter. She is tops in her field an din this community.

Susan is an exceptional trial attorney who has represented hundreds of clients in serious medical malpractice and personal injury litigation. She has been selected by her peers to be included in The Best Lawyers in America in both the medical negligence and personal injury categories. She was the Best Lawyers’ “Personal Injury Lawyer of the Year” for Charleston in 2013 and Best Lawyers’ “Medical Malpractice Lawyer of the Year” for Charleston in 2011. Susan for many years has been selected for inclusion in the South Carolina Super Lawyers magazine. She was selected for the Leadership In Law Award in 2013 by South Carolina Lawyers Weekly. Susan has outstanding credentials, of course, but it is her warm and winning personality that assures her clients that they are in the right office with the right attorney. She is a star in our community.

I have had several occasions to work with Susan in recent years. She is one of the most knowledgeable and capable attorneys I have ever had the pleasure to co-counsel with. She is diligent, professional, detail-oriented and accessible. Her knowledge of substantive areas of law as well as procedural matters is unsurpassed. I heartily endorse Susan and would welcome the opportunity to work with her again

Susan is one of the most intelligent lawyers I have ever known. She has the ability to master any new area of knowledge to which she applies herself, an essential skill in a litigator. She is known for thorough preparation, she is tough, she has a memory like a steel trap, and she is well respected by all the members of the Charleston and SC Bar Associations.

Susan is an incredibly intelligent and professional medical malpractice and personal injury lawyer. I always refer cases to her that are outside of my realm of practice, as I am confident that she will take the best possible care of my clients in these situations. She has years of experience and has practiced in these fields throughout South Carolina (and the Southeast), giving her a wealth of knowledge and experience that most other lawyers in her field simply do not have. I highly recommend Susan.

I endorse this lawyer. Susan is a great attorney. Dedicated to her clients' interests.

I endorse this lawyer. I have known and worked with Susan for over twenty five years. An acknowledged leader of the Charleston Bar, Susan is highly effective advocate for injured persons.

I endorse this lawyer for her practice in personal injury!

I endorse Susan. She is a highly skilled attorney that is well respected in the legal community.