Davis Poisson is an attorney with Poisson, Poisson & Bower, PLLC and is licensed in North Carolina and South Carolina. Davis devotes the majority of his practice to civil litigation with a focus on personal injury law and various areas of consumer law. In North Carolina, he represents those that have been seriously injured physically and financially. In South Carolina, he represents clients in all areas of personal injury law including car accidents, trucking accidents, catastrophic injury, premises liability and wrongful death cases.

Davis is an active member of the North Carolina Advocates for Justice serving on the Board of Governors for the organization for 2016-17 and 2017-18. He has chaired the consumer/ commercial litigation section during that time period. Davis is also a member of the South Carolina Association for Justice.
Davis followed in the footsteps of his father and sister in joining the law firm of Poisson, Poisson and Bower, PLLC. Like his sister, Stewart Poisson, he is a third generation lawyer to practice law in Anson County and a fifth generation lawyer to practice in North Carolina since 1857. 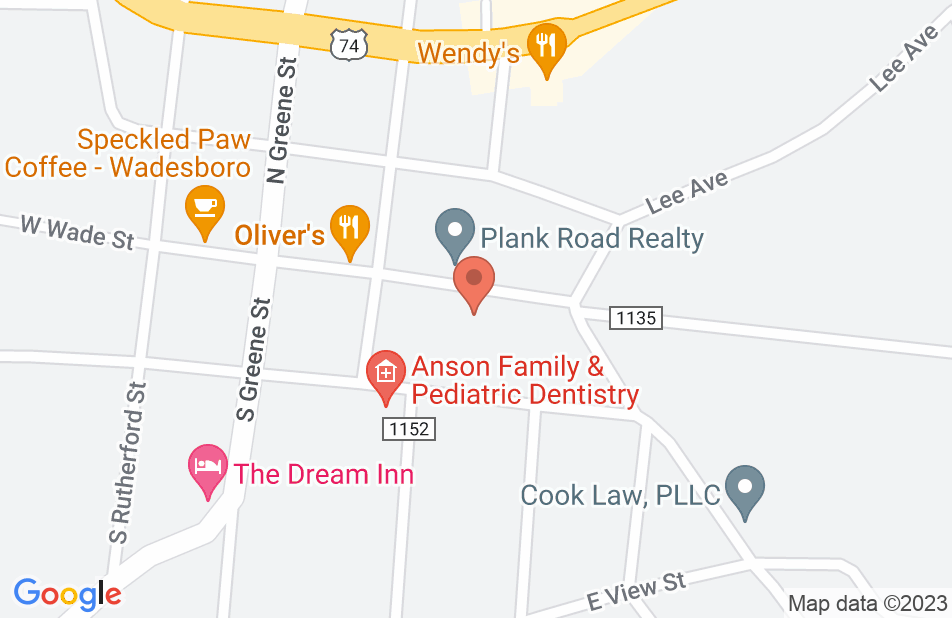 My daughter and I were in a car wreck and the insurance company wasn't being fair so we both hired Davis Poisson and we were very happy with his service. His staff and friendly and helpful and I would recommend him to anyone that needs a lawyer.
This review is from a person who hired this attorney.
Hired attorney

A nightmare that turned out to be the perfect dream!

I live in VA and in April, 2017 I was driving to S. C. and when entering Rockingham, NC I received a speeding ticket of 19 miles over. Due to the miles over I had to appear in front of the DA in May and I was able to move the date to August 15th. I knew I would go down the night before, be driving 4 hours down/4 back and praying the DA would reduce the ticket to 9 miles over. I had several people tell me to hire an attorney...My thoughts were big bucks with no guarantee. On July 25th I thought I would at least call an attorney to discuss my options. I called two attorney offices that day and within two hours I received a call from Pam, Davis assistant. What an awesome experience. She broke down the costs for me, what to expect, emailed me some info and I paid over the phone. On August 3rd I received a follow-up email from Pam that Davis took care of my ticket and it was moved to a improper equipment with no points on my driving record or insurance. I cannot tell you how relived I am and so glad I decided to make the phone call! It was truly a positive experience! Thank you Pam and Davis!
This review is from a person who hired this attorney.
Hired attorney
See all reviews

Davis is great. Highly effective and diligent, he'll take care of your case with care and professionalism.

I endorse this lawyer. Davis is an enormous asset to the North Carolina legal community and his track record in court is testament to his outstanding character.

I endorse this lawyer--he's not just my brother, he's a wonderful attorney. He's also really great at helping people with unfair debt collection cases. I highly recommend him.