Let Me Put My Over 30 Years Experience To Work For You!

Neal S. Johnson received his undergraduate degree from Virginia Polytechnic Institute and State University (Virginia Tech) and a Masters Degree in Administration from George Washington University. He received his jurisdoctor degree from Washington and Lee University School of Law in 1981. He served as a member of the Board of Governors of the Virginia Trial Lawyers Association from 1993 until 1998. He is a member of and active in numerous bar associations including the Association of Trial Lawyers of America, the Virginia Trial Lawyers Association, the Virginia State Bar, and the Virginia Bar Association. Mr. Johnson has a peer rating with Martindale Hubbell of AV (preminent); has been selected as one of the top 100 trial lawyers in Virginia; and also selected as a SuperLawyer in Virginia.

Mr. Johnson has over 34 years of trial experience in civil and criminal litigation in both state and federal courts. Mr. Johnson has devoted most of his professional time in the representation of individuals who have sustained devastating personal injury whether it be caused by defective products, medical negligence or other forms of negligence; the representation of individuals or businesses involved in complex commercial litigation; the representation of individuals in divorce litigation; and the representation of individuals charged with serious criminal offenses including capital murder. In the personal injury area, representation includes individuals injured by medical negligence, serious automobile accidents, and products such as L-Trytophan, Propulsid, DPT vaccines, defective vehicles, defective food products, breast implants, fireworks, and other products. Mr. Johnson also has experience in employment litigation and federal civil rights litigation, including litigation under Title VII, § 1983, Age Discrimination in Employment Act (ADEA), Americans With Disabilities Act (ADA), the Family Medical Leave Act, and the Individuals With Disabilities Act (IDEA). He has successfully handled complex commercial litigation including disputes between limited partners and the general partner of a limited partnership, and claims of violation of the Virginia Trade Secrets Act. Other clients have included Washington and Lee University in employment litigation, Roanoke County in land-use litigation, and County Sheriffs in litigation involving claims of discrimination. In the past, Mr. Johnson has been designated as counsel for the handling of civil rights claims against State officials by the Commonwealth of Virginia, Division of Risk Management and also designated as counsel for the Commonwealth Transportation Commissioner for condemnation cases in the Lexington, Rockbridge County, Bath County, Alleghany County, areas. He has served as a hearing officer for special education matters and state grievance matters.

In the state court system, Mr. Johnson has handled and tried cases in most circuits in the Western and Central part of the state, from Abingdon to Richmond. He has handled federal court cases in the Harrisonburg Division, Charlottesville Division, Lynchburg Division, Roanoke Division, Danville Division, Abingdon Division, and Big Stone Gap Division of the United States District Court for the Western District of Virginia, and cases in both the Richmond Division and Alexandria Division of the United States District Court for the Eastern District of Virginia. He also has experience in federal multi-district litigation. His appellate court experience includes successful representation before the Virginia Court of Appeals, the Virginia Supreme Court, and the United States Fourth Circuit Court of Appeals. 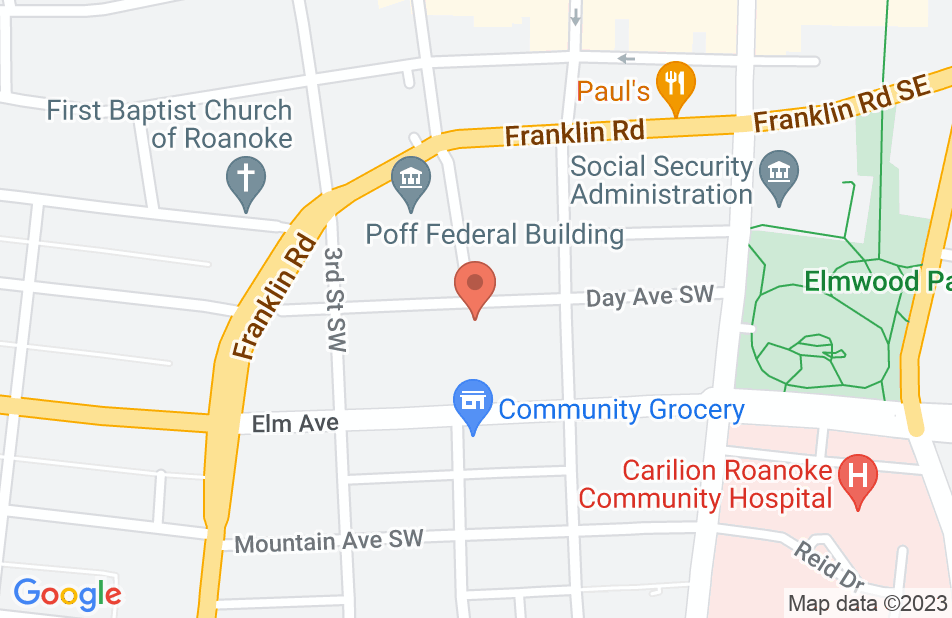 I hired Mr Johnson to represent our family in a wrongful death lawsuit. May brother was killed and had two surviving children. Mr Johnson was very professional as well as concerned for the children. He advised us on all aspects of this suit and we prevailed as a result of his advisement. I would highly recommend Mr Johnson and would use his services if there is ever a need again.
This review is from a person who hired this attorney.
Hired attorney

Neal is an excellent trial lawyer. He is not afraid to try a complicated case, and does it well. A good choice for any injury or family law matter.