I am a lifelong resident of Virginia and, despite its sometimes frustrating criminal justice system, proud to be. I was born in the beautiful Shendoah Valley, but grew up mostly in the Washington D.C. suburbs. In my junior year of high school my family moved back to Luray where I played football and baseball. After graduating high school, I took a year off and served as a fulltime tour guide at the world famous Luray Caverns. You might say that's where I learned my public speaking ability at the age 19; that skill has served me well.

I then attended Virginia Commonwealth University (VCU) where I graduated with honors with a  B.A. in Philosophy and Religious Studies in 1981. After taking another year off I was accepted to law school at George Mason University School of Law (GMUSL), considered a "top tier" law school. Whila at GMUSL, I served as a member of the GMUSL Law Review, served as guidance advisor to Professor Charles Friend's first year torts class, based on having one of the two highest grades in the subject in my first year.  After passing the Virginia Bar exam, I entered the field of criminal defense where I have practiced since.

After living in the trendy Fan District of Richmond for 15 years, my wife Marcie and I moved to the charming Forest Ridge community where we are both are very active in neighborhood organizations and association governence. We enjoy traveling especially to tropical areas; we have especially enjoyed our various visits to Hawaii and Western Jamaica.

In my career I have seen the tremendous harm that the continuing criminalization of marijuana has done to many of my clients charged with simple possession or growing a few plants for thier own comsumption. Most of these clients were and are otherwise completely law abiding citizens, most without so much as a serious traffic ticket in thier background.

I am a tirel;ess champion of decriminalization and believe that Virginia needs to get on the right side of history. I recently was  able to express some of thes views in an interview by the local ABC affiliate WRIC Channel 8's Kerrie O'Brien for her special investigative report "The Price of Policing Pot". 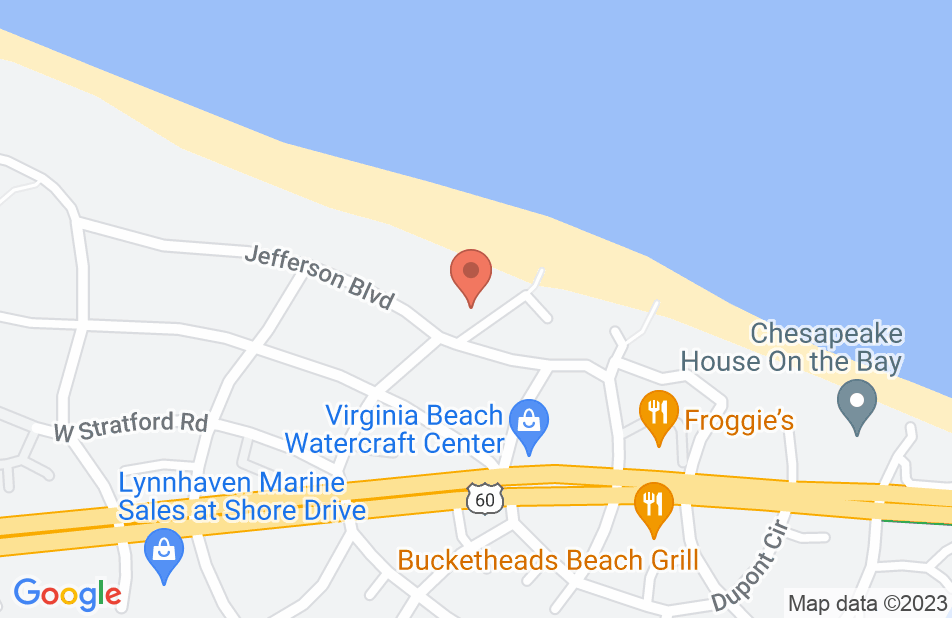 Mr. Chrisman did an excellent job representing me. Thanks to his hard work, I got through my court case with one of the best possible outcomes. I found him to be friendly and professional, prompt in communication and reasonable in price. Highly recommended!
This review is from a person who hired this attorney.
Hired attorney

Mr. Chrisman did an outstanding job handling my case. He explained the possible outcome with me. Very reasonable retainer fee for his service. I was charged with poss. of marijuana and was facing possible jail time and definitely a suspended drivers license. Ken worked hard for me to be able to get the charges reduced to paraphanelia, 50 buck fine, & no jail time no suspended drivers license. I was so happy with the outcome, thanks again Ken!

I felt overwhelmed when I had the task of choosing who would best represent my son in a serious criminal drug case. I had a list of about fifteen lawyers in front of me to interview with Mr. Chrisman being my top choice from his credentials on the NORML website. I liked that he is an advocate for marijuana rights in the state of Virginia. I wanted someone familiar with drug laws who I also would feel comfortable talking to. I hired him on the spot after my first phone conversation and never interviewed another attorney. I was not disappointed. He proved to be EXACTLY what I was looking for....knowledgeable, experienced, open and caring, and kept the communication lines flowing. We are very appreciative of the work he did on our behalf and HIGHLY recommend him without any reservations.

I must say I couldn't be happier having hired Mr.Chrisman as my attorney. He fought hard and I am greatly pleased with the outcome. THANK YOU again for everything Mr.Chrisman! I can't express my gratitude enough. He is the right lawyer for me, and I hope anyone who reads this, who is in need of a criminal defense attorney, finds him to be the lawyer for them. I will be recommending him to anyone who could use his expertise.

Outcome much better than expected.

We were facing a felony, serious fines, jail time and loss of driver's license. The end result was No jail time, No fine, No loss of driver's license and the charge was dropped to a misdemeanor. We could not have been happier with the outcome. Cost of representation was fair and upfront. No unpredictable add on costs. Ken was helpful in educating us about the justice system, as we were totally illiterate in this area.

Kenneth is an excellent attorney committed to providing the highest quality representation to clients. I endorse this attorney without reservation.

I am impressed by the answers that Mr. Chrisman provides to people who submit inquiries via AVVO. His answers demonstrate that he is well versed in the law and would be an excellent advocate should you find yourself in need of a criminal attorney in his area.

I endorse Ken Chrisman. Ken has a wealth of experience and he has proven that he knows how to help clients. I can see by the way he thoughtfully answers asker's questions on this site that he is passionate about representing individuals and helping to protect their rights.

I endorse this lawyer. When you need a strong, smart lawyer, call attorney Chrisman asap.

I endorse this lawyer. He is tough, smart and capable.