John E. Bedi is a 1988 Juris Doctorate recipient from the Campbell University School of Law. A resident of Chesapeake, Virginia for over twenty years and a native of Hershey, PA, Mr. Bedi also holds a Bachelor of Science degree from West Chester University.

A Christian attorney, John formed the Law Offices of John E. Bedi, P.C. in 1988, establishing a firm that is fully dedicated to addressing the financial problems and representing the interests of clients in bankruptcy law and debt relief. He has worked for over two decades representing clients in foreclosure and bankruptcy matters. 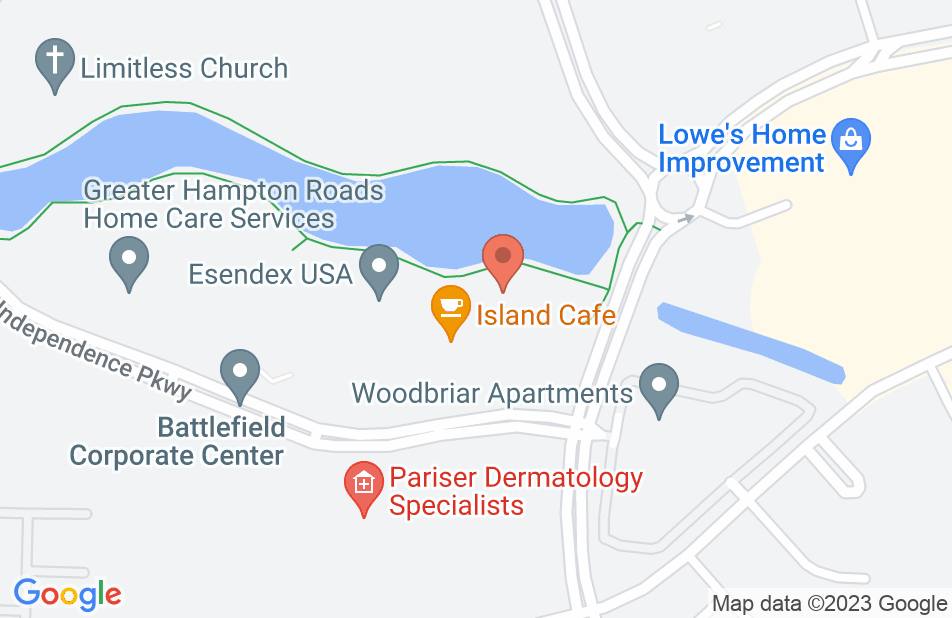 Mr BEDI & his staff, Heather & Maggie were a Godsend in my life! He is the absolute kindest man to deal with, especially at such a stressful time! He took time to speak to & see me whenever there was something I needed HIM for! As for Maggie & Heather - I can’t say enough about them! Kind, caring, understanding are just the tip of the iceberg! They were ALWAYS willing & able to speak with & reassure me! They actually sent me a most beautiful card to tell me that they were praying for me! If that isn’t “above & beyond”, what is? God bless John BEDI & his entire staff!
This review is from a person who hired this attorney.
Hired attorney

I definitely recommend Mr. Bedi and his team. He has great experience and knowledge. I didn't feel any concern about my case. His assuring smile and the sincere atmosphere of office helped me to pass the difficult part of my life easier. Do not hesitate to meet with him and the wonderful team.
This review is from a person who hired this attorney.
Hired attorney

Mr. Bedi and his staff were extremely helpful and understanding as I went through the bankruptcy process. They were very prompt returning communications and answering any questions that came up. I highly recommend Mr. Bedi.
This review is from a person who hired this attorney.
Hired attorney

We enjoyed his professionalism and the ladies who work there are super stars. This was a very emotional trip. The whole firm made it a great experience. They were there to answer questions, help you get forms completed in time. I have recommended the firm to other friends. Thank you Bob& Cassie
This review is from a person who hired this attorney.
Hired attorney

Mr. Bedi was hired to do a chapter 7 case for me a few years ago and did a terrific job. I was disappointed when I recently contacted him about chapter 13 and he states he doesn’t do those anymore. It would have been nice to know this upon scheduling my consultation, instead of me making a trip for nothing.
This review is from a potential client who consulted with this attorney.
Consulted attorney

I will say that the people in the office are very caring. I believe they do WANT to help people, but they are careless in how they handle the information. I actually filed chapter 7 three years ago due to my ex-husband abruptly walking out and leaving me with all of the debt. I went to John Bedi and he was very kind and offered great advice in the office, which I followed to a T. When things got to the courtroom, however, is where things fell apart. The 1st time, he didn't even have all of the documentation there for my case so the trustee scheduled me to come back. I started wondering at that time because the trustee seemed all too familiar with his shenanigans and I started picking up on the fact that she thought he was a joke of an attorney. I came back the second time only for him to not be prepared again. So we, and by we, I mean I came back a third time as he never even showed up. The trustee wanted me to come back again, but I said that I couldn't keep taking off of work or I would lose my job. Thankfully, the trustee had a heart and discharged my case a couple of weeks later. All seemed good until a few months later I noticed that my mortgage wasn't reporting on my credit. I filed a dispute and received a response that my mortgage was included in my Chapter 7. I argued that it had not and that I had requested it to be reaffirmed. I contacted my mortgage company only for an investigation to take place and received yet another response that the mortgage had indeed been included in my Chapter 7. I immediately contacted John Bedi's office to let him know of the error. I sent multiple emails and made many calls that were never returned. Here I had been making on time payments on my home thinking I was rebuilding my credit, only to find out that, once again, John Bedi had dropped the ball. The worst part was that he would never contact me back. I had some health issues at the time so, other than contacting the state bar, decided to let the matter go since I would eventually refinance or sell the home out of my ex-husband's name. The bottom line is I paid a lot of money only to have been discarded by someone who proclaims to be a Christian. I trusted him and that he would take care of my family and me and he did the opposite. I would never recommend him to anyone. There is very little confidence in the follow through or professionalism of John Bedi.
This review is from a person who hired this attorney.
Hired attorney

I have known John E Bedi for over 20 years and retained his services for a third time. When I contacted his office in March to file my case, the secretary accused me of saying something that I did NOT say, which seemed highly unprofessional for someone working in a law firm. I followed up the next day regarding a message I left for John, and she told me it takes up to 3 days for a return call. I paid $ 1575.00 for a simple no-asset Chapter 7 bankruptcy. John did not show up until nearly 20 minutes after my scheduled hearing time, so I was not able to ask him a question about a form the trustee asked us to fill out, and during the several minute period before my case was called, I could not even get his attention because he spent almost the entire time looking at what appeared to be his phone. After my discharge, I recovered a nominal amount of money from a business that attempted to defraud me and immediately tried to contact John to determine if it would impact my bankruptcy case. I left a message with the same secretary, and after waiting an entire week for a call that was NEVER returned, I drove nearly 30 minutes to his office to hand deliver a letter about the situation. When I came into the office, the same secretary rudely directed me to have a seat, and after making me wait several minutes, finally acknowledged me. After leaving the letter, I received an email telling me their office no longer represented me. If that was the case, she should have told me that when I called instead of making we wait an entire week for a call that was apparently never going to be returned, and before I wasted my time and gas driving to his office just to be mistreated and dismissed. I was reaching out to him about a matter that directly involved the bankruptcy that I paid him $ 1575.00 to represent me on, and do not understand why his office acted like it was none of their concern, and with all due respect, for a man that very openly shares his faith, you would think he could have had enough compassion to take a few minutes to speak to a client that was financially victimized by a local business. In the end, I had to contact the court myself and resolved the situation. I was very disappointed with the representation that I received as a return client of the Law Office of John E. Bedi, and CANNOT recommend his services to the rest of the general public. *** Update *** I received a message from John Bedi stating that other clients complained about the horrendous job that the receptionist had been doing and that she had been fired or removed. Unless he is insinuating that it was HER fault that he showed up late to my hearing, or that it was HER decision to apparently reply to my hand delivered letter with a rudely dismissive email claiming I was no longer their client, and that SHE failed to tell him that I had called the week before, then his attempt at an apology does little or nothing to resolve my feeling that I did NOT get the representation that I worked very hard AND put hundreds of miles on my personal vehicle to help pay for. I was truly alarmed that an attorney, who is supposedly obligated to protect the privacy of his clients, would so callously leave a voicemail for someone that he was not even confident was the complaining client, discussing the performance and reason for separation of a former employee.
This review is from a person who hired this attorney.
Hired attorney

He is a pleasure to work with and genuinely cares about his clients. This is evident in how he treats everyone and the work he does.