Walt's legal practice has evolved into a firm which dedicates itself to Estate Planning and Elder Law. The firm's mission is to ensure that clients are provided with an estate plan that "works." In other words, the firm is committed to creating an estate plan, tailored to the individual client that enables the client, not the court system or governmental bureaucracies, to stay in control of their health and wealth regardless of their current and future circumstances.

In 1995, Walt was elected to serve his community as a member of the York County Board of Supervisors serving the citizens of the first district. He is now in his fifth four year term. Walt considers himself privileged to serve the citizens of York County which includes the town of Yorktown where America's freedom was won on October 19, 1781. He is immensely proud to be of service in assisting to shape the future of this American Legacy.

After high school, Walt enlisted in the United States Army and rose through the ranks from Private to Colonel. He was a Special Forces (Green Beret) Officer during his first combat tour to Vietnam in 1966. During his second combat tour to Vietnam in 1970, he served as the Operations Officer of a Direct Support Artillery Battalion. He is a much decorated Officer; awarded both the National Distinguished Services Medal as well as the Purple Heart. His overseas tours, in addition to Vietnam, included assignments to Germany, Italy, Korea and Somalia. He is a graduate of the Command and General Staff College and the Army War College.

Walt earned his B.A. in Political Science from Texas Lutheran College; an M.A. in Political Science from Kansas University; and a J.D. from Wayne State University. His Civic and Community Service includes Honorary Chairman "First Night of Williamsburg 2001"; Williamsburg Kiwanis Club Board of Directors; Williamsburg Area Chamber of Commerce Executive Board. he was inducted into the Field Artillery OCS Hall of Fame, Fort Sill, Oklahoma in June 2004 and the Keyport High School Hall of Fame 2002, Keyport, New Jersey. Walt is married to a life long Williamsburg resident, Laurel Denby; they have three children and five grandchildren. 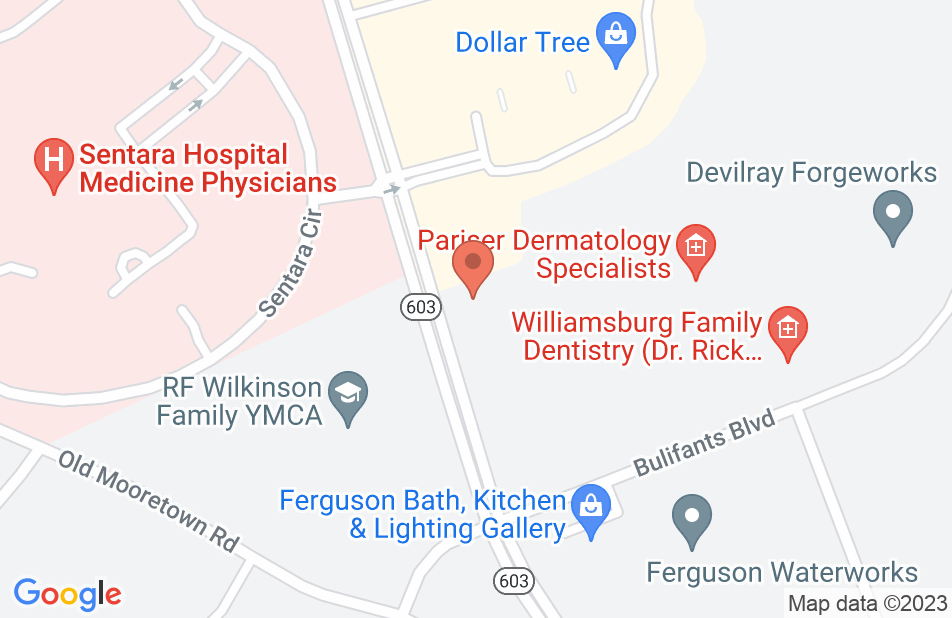 Mr. Zaremba takes time to explain the process and can do it in laymen's terms.He shows concern for the client.I also truly appreciate the Veterans discount that he gives.
This review is from a person who hired this attorney.
Hired attorney

Mr. Zaremba is a competent lawyer who is most helpful when dealing with aging clients. He has helped both my wife and me on several occasions.
This review is from a person who hired this attorney.
Hired attorney

Walt and his team are top notch! Walt and Laurel helped us 10 years ago to navigate the guardianship for our autistic son. This process is a very difficult and lengthy process. Years later he has been assisting us with a revocable living trust and a special needs trust to protect our assets. Walt is retired military as our family is as well. There are special circumstances that Walt knows how to navigate in regards to military benefits. He is highly knowledgeable and professional as well as very friendly. Walt likes to share his stories and puts a very stressful situation at ease. My parents and many of my friends have also worked with Walt. I highly recommend him for estate planning for your family. His group is always there if questions arise. We will continue to work with him on more situations in the future.
This review is from a person who hired this attorney.
Hired attorney

Walt spent lots of time with us explaining in detail everything we needed to know about creating a revocable living trust. Highly recommend him.
This review is from a person who hired this attorney.
Hired attorney
Walter Zaremba's response: Thank you so much for your time, Roger! At Zaremba Center for Estate Planning and Elder Law, we create client estate plans that "work". That is, if incapacity should it occur, ensuring the clients' loved ones will be able to care for the client while keeping the court out of the clients' life is crucial, so the estate will avoid the long drawn out, expensive probate process upon passing, and preserve the estate to pass as a legacy to loved ones and not be lost to the unbridled expenses of long-term care.

Walt and staff took a lot of time in explaining why you would set up a Trust and alerted you ahead to have clear idea of what would need to be considered in order to start the process. Gave you plenty of time to map out your plan. At the signing Walt went through the documents with great clarity and had them all organized in a portfolio. The plan to have a session with the immediate family to explain the elements of the Trust is wonderful!
This review is from a person who hired this attorney.
Hired attorney
Walter Zaremba's response: Lucy, Thanks for your very kind remarks. Know that the firm's most important goal is to ensure that your estate plan works when it should. Your plan meets those objectives. Walt.

Walt and staff were very friendly and informative. We were not rushed and the whole process was thoroughly explained, and we look forward to a good future relationship.
This review is from a person who hired this attorney.
Hired attorney

Unlike other lawyers we have met, Walt Zaremba did not rush us through our meetings with him and his staff. Walt took the time to really get to know us and our specific needs, then explained his recommendations to us, making sure that we understood his ideas. Our follow-up meeting with him was again unhurried as he made sure that we were satisfied with the finished products of our quest. Walt and his entire staff are a pleasure to work with. They have our full confidence.
This review is from a person who hired this attorney.
Hired attorney

Walt and Laurel Zaremba both were excellent in addressing my needs and assisted in developing a trust that best suits my situation and offered their assistance if I have any questions or changes for anytime in the future even beyond the completion of document . It was big step for me to take and I felt comfortable with their confidence and explanation In developing my estate plan.
This review is from a person who hired this attorney.
Hired attorney

Walt and his staff were thorough and meticulous in the preparation of my documents. He answered all of my questions in language that I could understand.
This review is from a person who hired this attorney.
Hired attorney

Mr Zaremba assisted us in deciding on and preparing an estate plan. We found him and his staff to be courteous, professional and very pleasant to work with. We are very pleased with the plan that resulted from our sessions.
This review is from a person who hired this attorney.
Hired attorney
See all reviews

Professional, knowledgeable, and lighthearted. Walt works hard to provide his clients an affordable estate plan for their unique needs.

I have known Walter Zaremba for years and have recommended him several times to my clients who need assistance in Virginia. Walt is an extremely knowledgeable and experienced practitioner who takes the time to educate his clients about estate planning before creating solutions to their needs, goals and objectives. Walt and his firm also provide high quality elder law services in a compassionate, caring and professional manner.