Jim grew up on a small farm near Atlanta, Georgia. As a young man he was active in 4-H and was a National winner in one of his 4-H projects. He received his Bachelor of Chemical Engineering degree from Georgia Tech. Jim and his wife, Sharon, moved to the Washington D.C. area for Jim to attend law school and settled first in Virginia, and later in Maryland. During the Vietnam War, Jim served with the 101st Airborne Division, first as a Chemical Officer, and then in the Office of the Staff Judge Advocate. He has been a Federal Prosecutor and served in the Virginia Legislature. Jim and his wife are very active in the Church of Jesus Christ of Latter-day Saints. They served a mission in the Alabama Birmingham Mission for three years where Jim presided as Mission President.

After Jim and Sharon returned from their mission in Alabama, Jim returned to the practice of law. He is with the Vienna, Virginia, firm of Tate, Bywater, Fuller, Mickelsen & Tull. Jim currently represents the Church of Jesus Christ of Latter-day Saints in the Faith Leaders’ Group of the Interfaith Conference of Metropolitan Washington. Jim and Sharon have two daughters – Virginia Isaacson and Devon Millward. They have five grandchildren.

Jim is co-author of "I Am Charged With a Crime," available on Amazon.com, published in 2015. 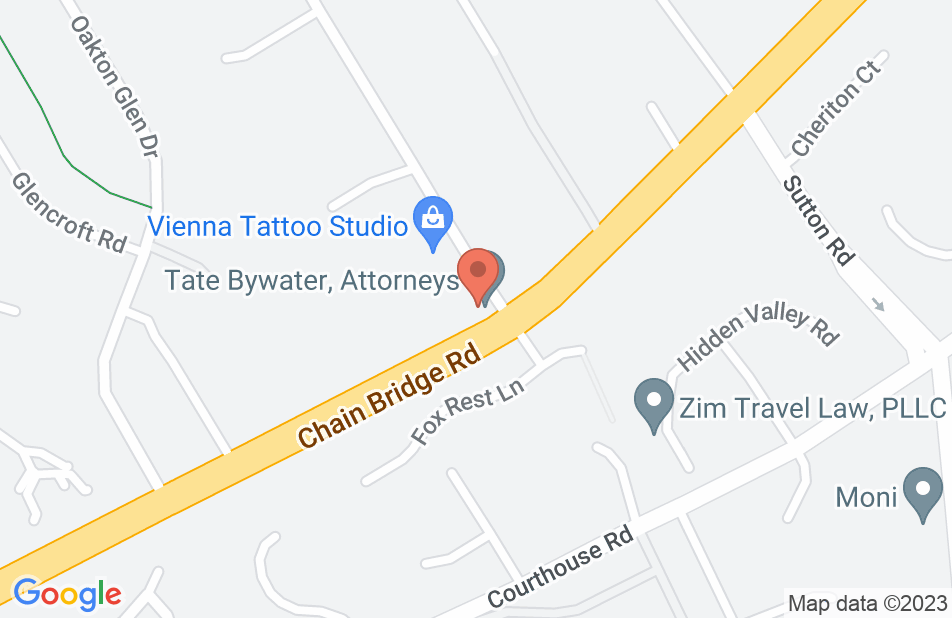 I have known and worked with James R. Tate since late 2011. He has provided commendable service, honest perspective, and sound legal advice. He has made himself available and responsive to my efforts in reaching out to him. He is astute in his knowledge of the law and cuts no corners in practice of the law.

I have known Mr. James Tate for 25 years. I can tell you that he is exceptional and rare. I highly recommend Mr. James Tate for a wide range of legal issues. In my opinion, he has consistently shown himself to be ethical, knowledgeable, competent and an extremely skillful attorney. Besides the fact that he is very personable. he is head and shoulders above the rest. I have met and worked with a lot of attorneys in the DC area. He is able to expertly advise his clients and maneuver them through the Court system and trials with ease and trust .Mr. James Tate has my utmost respect and I highly recommend him to anyone needing legal help. You will not be sorry you called him. His staff is also wonderful.

A true litigator with the experience and expertise to get results when many would fail. No case is too big or problem too severe. He has done it all.

Jim has handled some of the most complex white collar criminal cases with great success. This is especially true in the area of health care fraud cases.

Jim is a great lawyer and an even better human being. He is very persuasive in his legal arguments and the force of his warm personality is unmistakable. If I were in any kind of legal jam I would go to Jim first. I highly endorse him.

Jim brings worlds of experience and and lifetime of practice to every case. He hits it out of the park with his insights and analysis. Consider your self lucky to have him on your team! He is a highly skilled attorney that is well respected in the legal community.